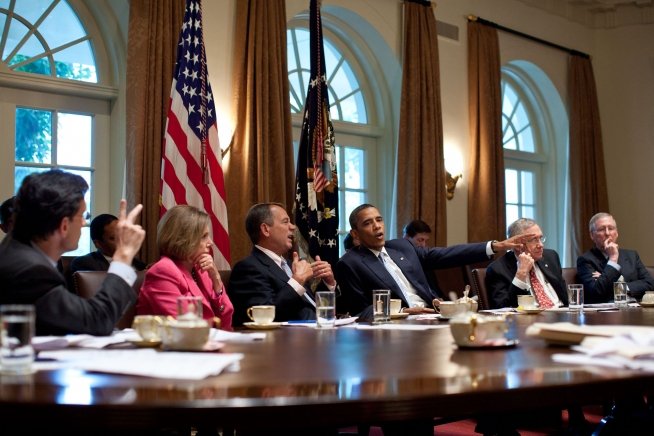 Download
You’ll have to decide on your own whether 2014 was a good year or not.  We’re assuming that if you’re a Republican, you’re probably leaning yes, and if you’re a Democrat, you’re trending no.

But no matter how you rate it, it was a remarkable year — both here at home and overseas.  And thus, this week the Political Junkie presents its first Year in Review.

We start with a sit-down discussion with Frank James, the former political blogger for NPR and the Chicago Tribune. We recall this year in politics, from the botched rollout of Healthcare.gov to the liberal mutiny over the CRomnibus spending bill, and the future of possible 2016 candidates like Gov. Jeb Bush and Elizabeth Warren.

And then we hear some “great moments” from the year in Political Junkie segments … as determined by many of you who wrote in.  We hear Republican consultant Mike Murphy, talking about Chris Christie and what effect if any the “Bridgegate” scandal might have on his chances for 2016… Politico reporter Josh Gerstein, on President Obama and the NSA, surveillance and wiretaps … Vin Weber (R) and Anna Greenberg (D) setting up the 2014 midterm elections … and Robert Barnes of the Washington Post on the tenacity (and future) of Supreme Court Justice Ruth Bader Ginsburg.

Finally, we also pull some great moments from our “This Week in Political History” segments.  John Dean on the Nixon tapes… Bob Mann on the classic “Daisy” TV ad from 1964 … and Illinois Lt. Gov. Sheila Simon on her late father, Sen. Paul Simon.

It’s the last program of the year.  We’ll see you bright and early in 2015.  Happy Holidays and a safe and Happy New Year!