We’re still awaiting decisions from the Killer B’s — Biden, Beto, Bullock — as to whether they will run for president.  But for now, let’s focus on the Killer R’s — those “R” politicians whose buttons need identifying.

Thus far, we’ve completed the first 16 letters of the alphabet.  (Check out our previous “Who Dats”:  Unknowns beginning with the Letter A, Letter B, two pages for Letter C (here and here), Letter D, Letter E, Letter F, Letter G, Letter H, Letter I, Letter J, Letter K, Letter L, Letter M, Letter N,  Letter O and Letter P.)  Let the record show we don’t have enough unknown Q candidates to list.  We even have one of buttons with pictures only — no names.  That’s even harder to decipher.

We now bring you to the Letter R.  Any idea on who these candidates R?  Thanks!

For the record, three buttons in the first row — the two for Fred Reuss and one from Joan Rosenthal — are thought to be from Queens, N.Y.  That’s all we got. 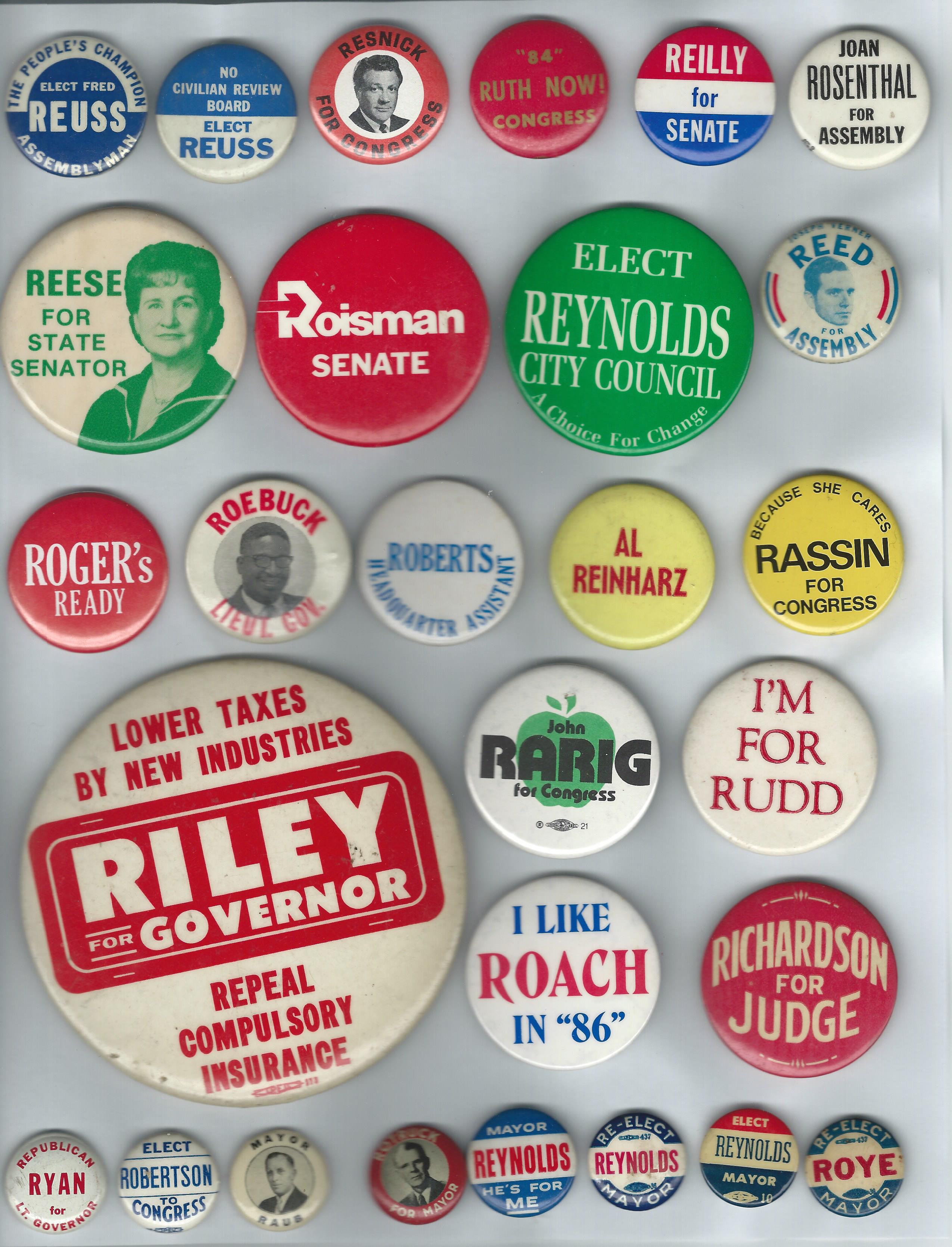 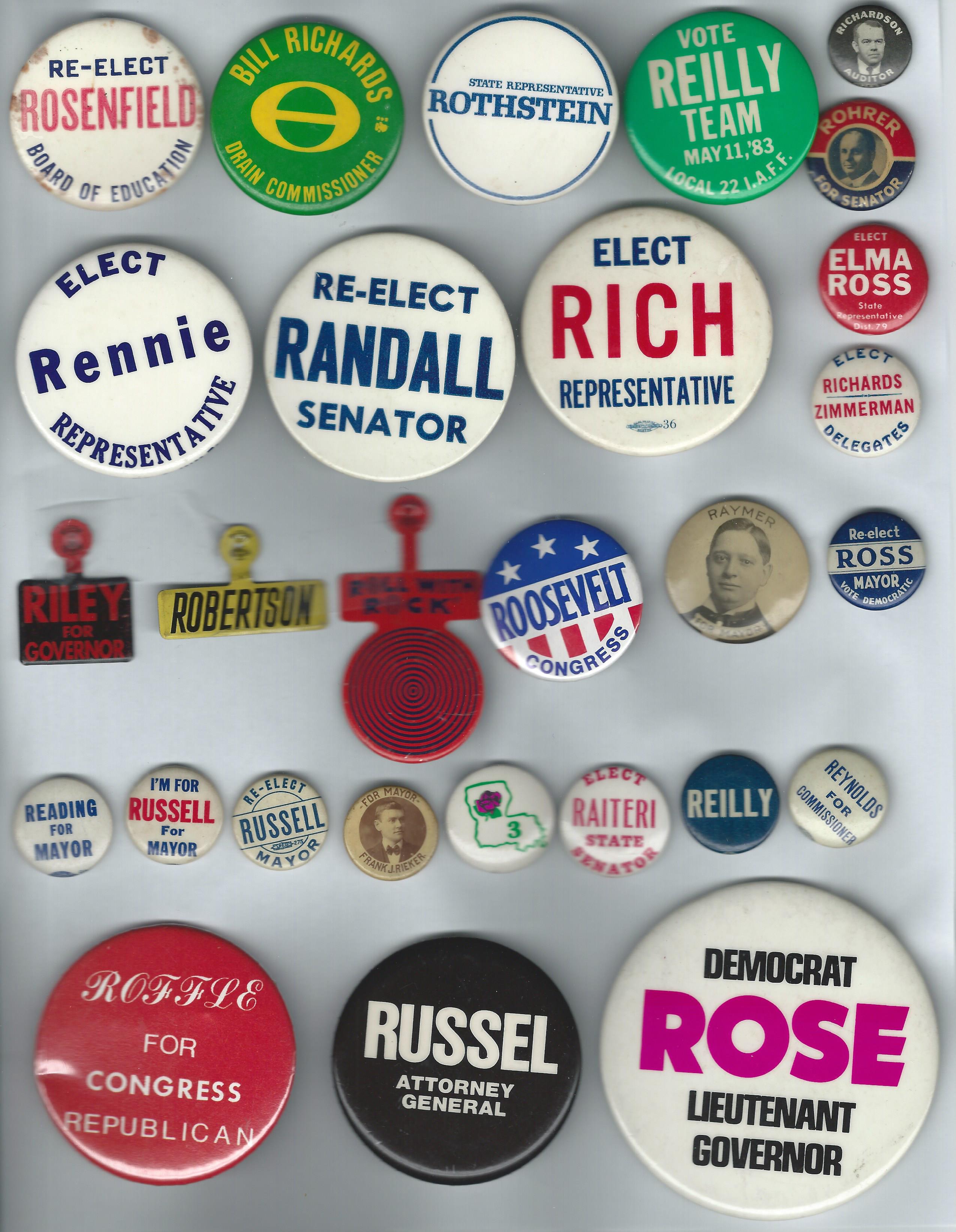