There are still some races from Tuesday’s midterms that have yet to be called, but right now that isn’t our biggest worry.  It’s trying to figure out which candidates these buttons represent.

Thus far, we’ve completed the first 15 letters of the alphabet.  (Check out our previous “Who Dats”:  Unknowns beginning with the Letter A, Letter B, two pages for Letter C (here and here), Letter D, Letter E, Letter F, Letter G, Letter H, Letter I, Letter J, Letter K, Letter L, Letter M, Letter N and Letter O)  We even have one of buttons with pictures only — no names.  That’s even harder to decipher.

We now bring you to the Letter P.  Yes, we finally got up to P.  All you have to do is help with the identification of these buttons.  Thanks! 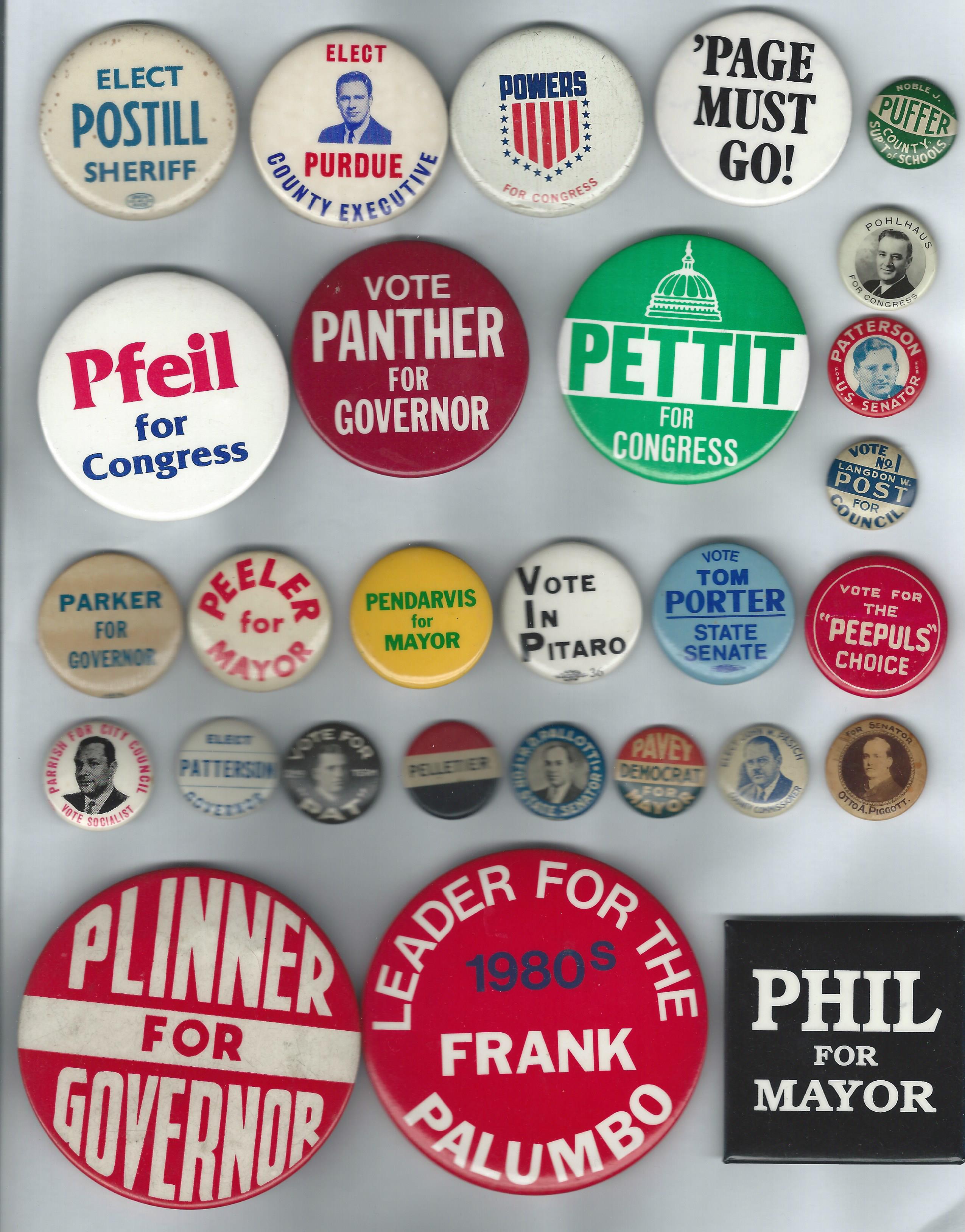 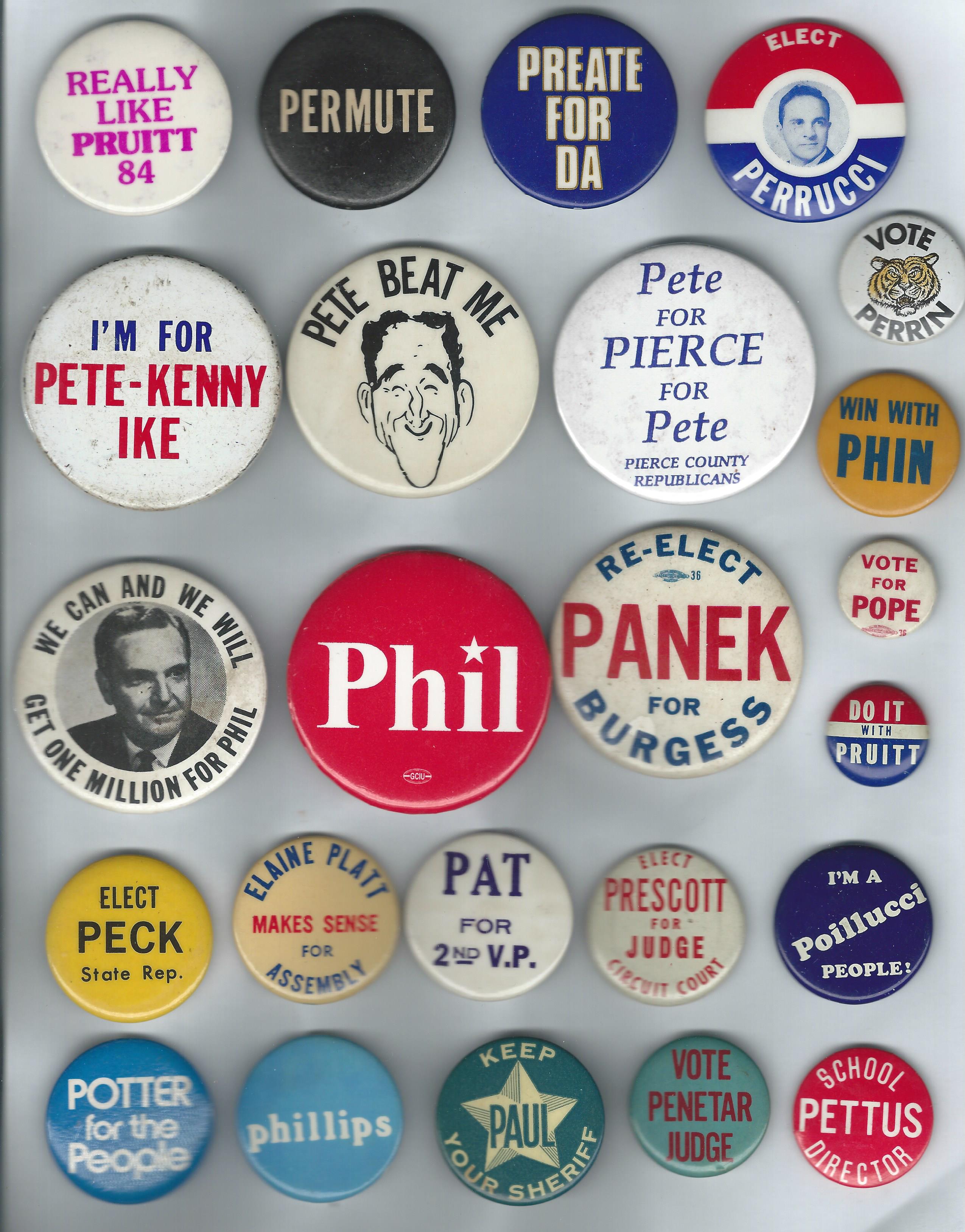 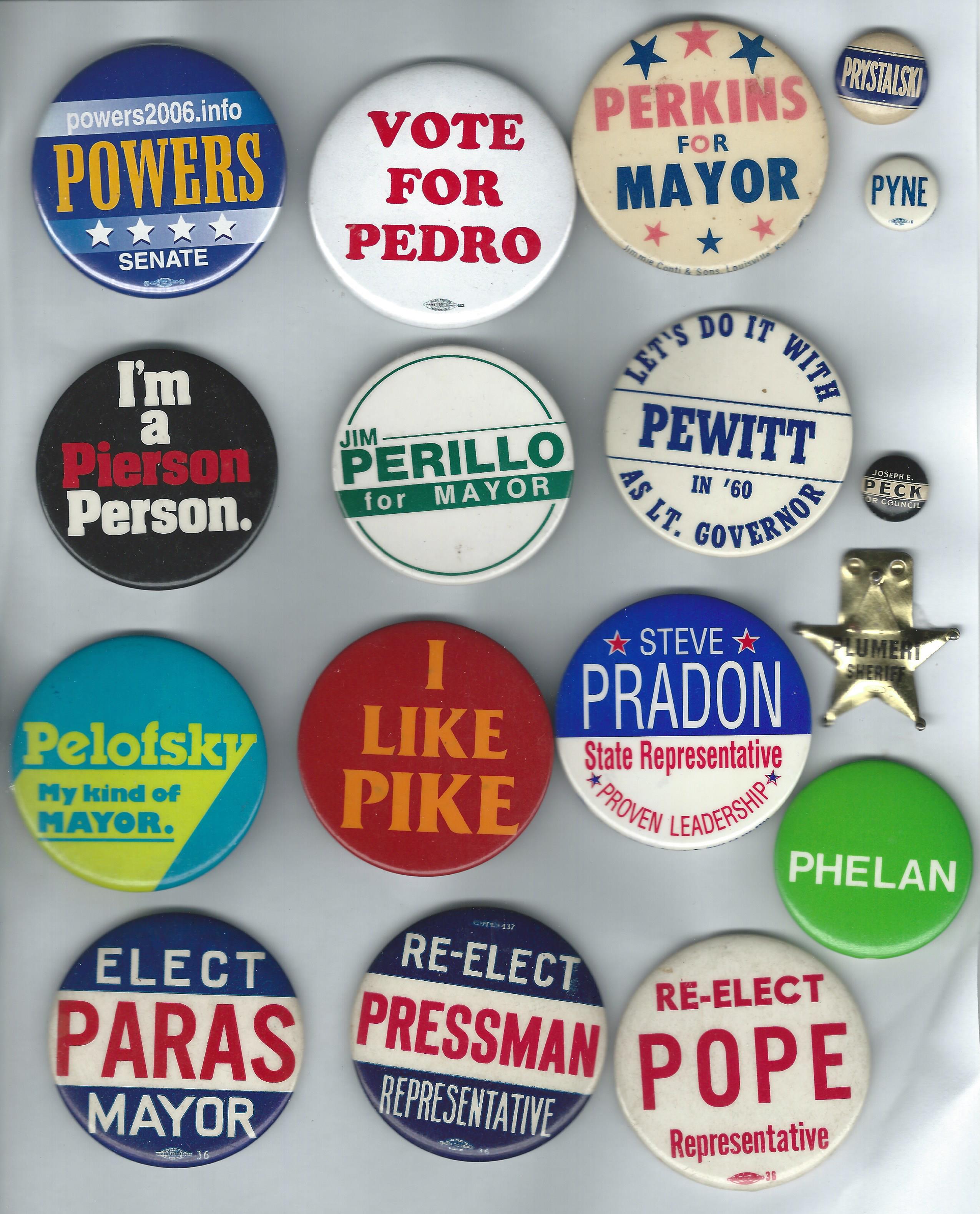