It’s St. Patrick’s Day!  For all the O’Briens and O’Connors and O’Donnells out celebrating today, we figured it’s the perfect time to offer up a display of “unknown” campaign buttons starting with the letter “O.”

Thus far, we’ve completed the first 14 letters of the alphabet.  (Check out our previous “Who Dats”:  Unknowns beginning with the Letter A, Letter B, two pages for Letter C (here and here), Letter D, Letter E, Letter F, Letter G, Letter H, Letter I, Letter J, Letter K, Letter L, Letter M and Letter N.)  We even have one of buttons with pictures only — no names.  That’s even harder to decipher.

We now bring you to the Letter O.  And on the perfect holiday.  All you have to do is help with the identification of these buttons.  Thanks!  (See bottom for some notes.) 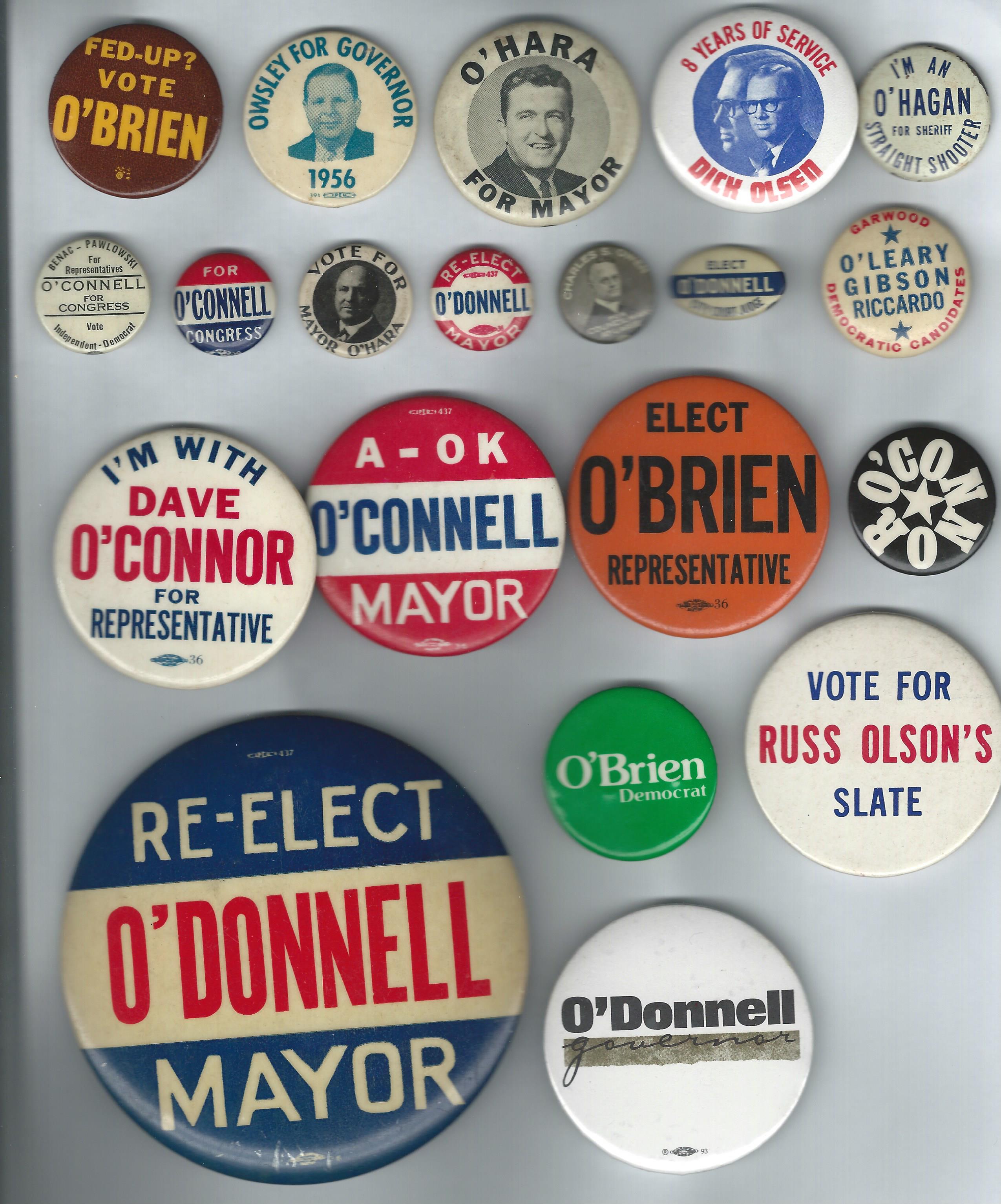 ROW 2 — The fifth button reads, “Charles S. Owen/Councilman-At-Large.”  This may be from Rochester, N.Y.  The sixth button, a little blurry, reads, “O’Donnell for Circuit Court Judge.”