Have no idea who’s going to win in tomorrow’s Oscars?  Wouldn’t it be easier if you tried to figure out who these “unknown” campaign buttons are first?

Thus far, we’ve completed the first 13 letters of the alphabet.  (Check out our previous “Who Dats”:  Unknowns beginning with the Letter A, Letter B, two pages for Letter C (here and here), Letter D, Letter E, Letter F, Letter G, Letter H, Letter I, Letter J, Letter K, Letter L and Letter M.)  We even have one of buttons with pictures only — no names.  That’s even harder to decipher.

We now bring you to the Letter N.  Not that many to see here.  That may be because the Ns justify the means.  Anyway, can anyone help with the identification of these buttons?  Thanks!  (See bottom for some notes.) 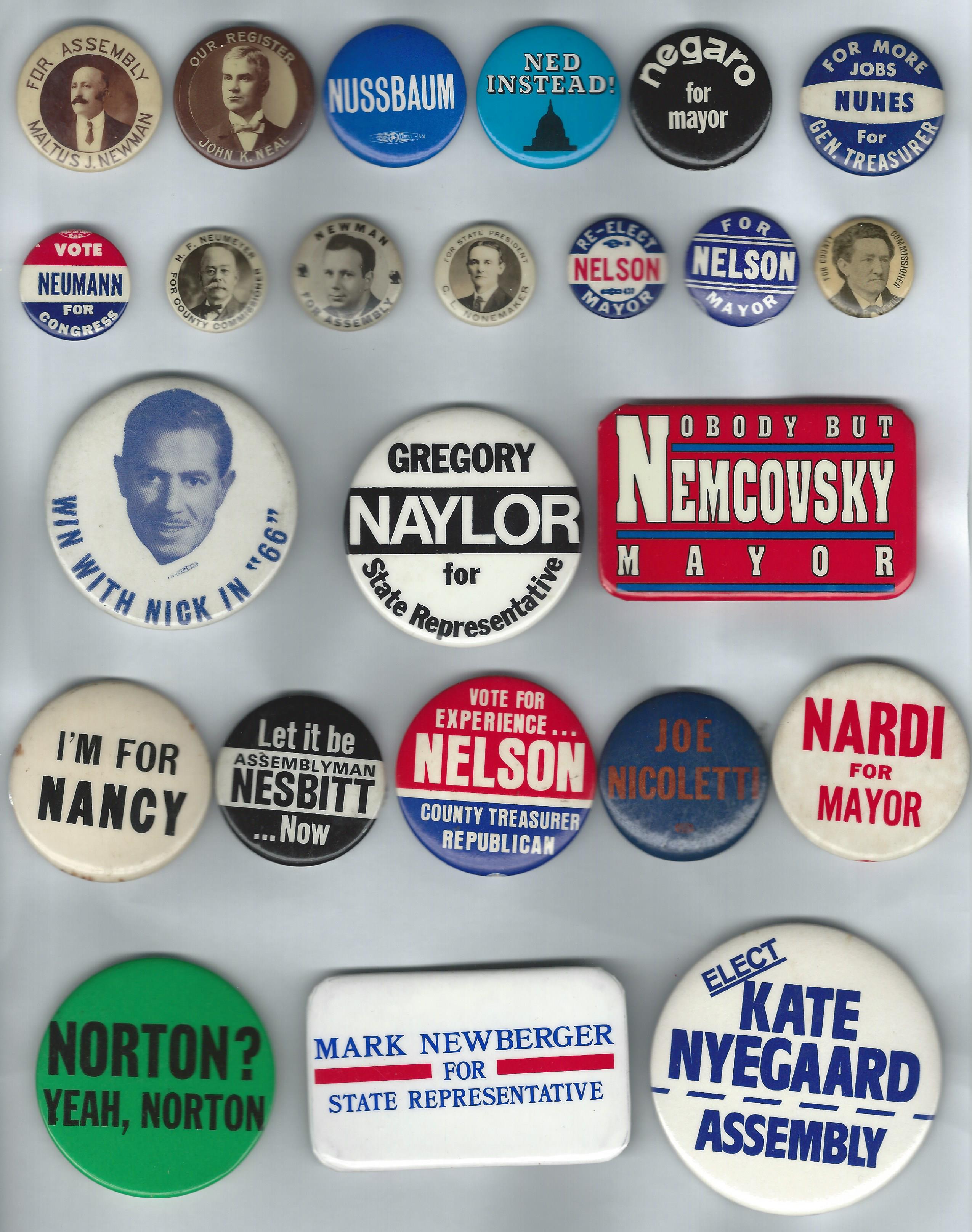 ROW 1 — The two picture buttons are from NYC:  Maltus Newman for Assembly is a Manhattan Republican who ran and lost in 1906.  John Neal/Our Register is Brooklyn 1902.

ROW 2 — Second button (Neumeyer) may be from PA.  Fourth button (Nonemaker for State President) is also PA, 1915, for the National Patriot Order/Sons of America.  And the final button on Row 2 (Mahlon Nichols) is PA as well.

ROW 3 — Two more buttons from PA.  Gregory Naylor is a Democrat from Philadelphia, and Nemcovsky was mayor of Warren, PA.

ROW 4 — Nesbitt for Assembly is a Republican from upstate New York.  Nardi for mayor was elected in Camden, N.J. in 1969.

ROW 5 — Kate Nyegaard is a California Republican from 1982.