It’s taken many of us several days to figure out what happened in Tuesday’s election — which has to rate as one of the most astounding results in presidential history.  So it may not be fair to now ask you to try and figure out who these “unknown” campaign buttons are for.

Thus far, we’ve completed the first 12 letters of the alphabet.  (Check out our previous “Who Dats”:  Unknowns beginning with the Letter A, Letter B, two pages for Letter C (here and here), Letter D, Letter E, Letter F, Letter G, Letter H, Letter I, Letter J, Letter K and Letter L.)  We even have one of buttons with pictures only — no names.  That’s even harder to decipher.

We now bring you to the Letter M.  Can anyone help with the identification of these buttons?  We sure have a lot of them.  Thanks!  (See bottom for some notes.) 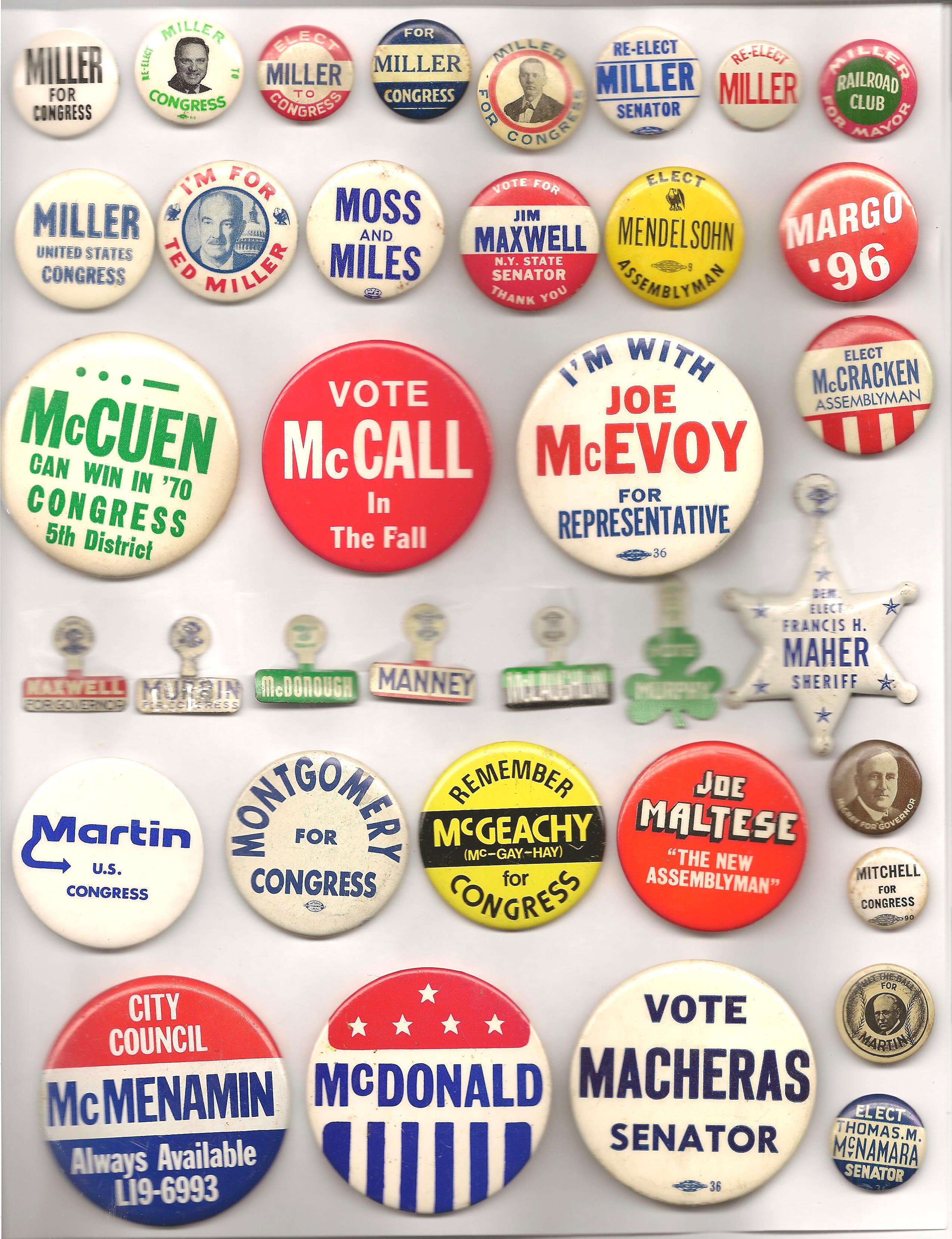 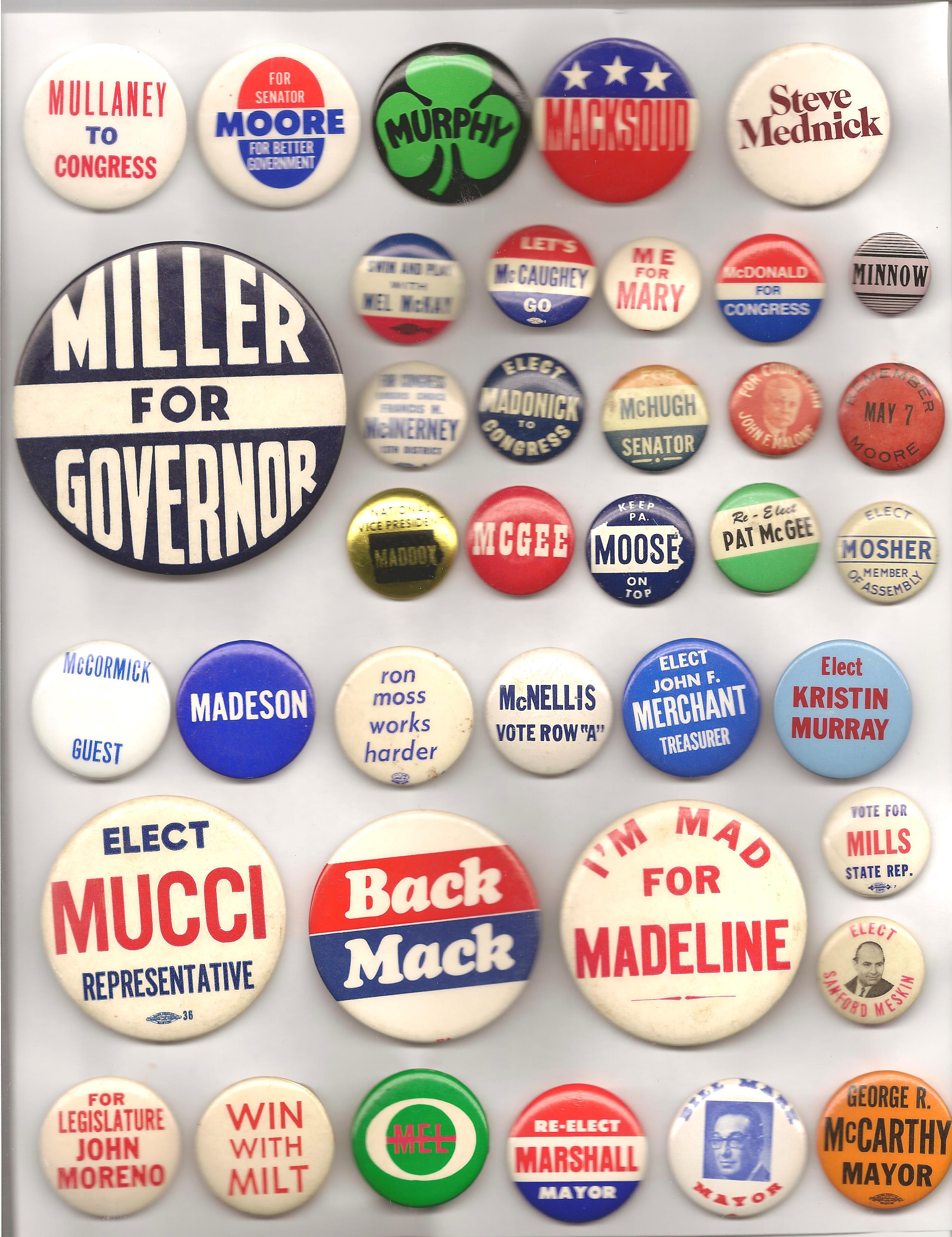 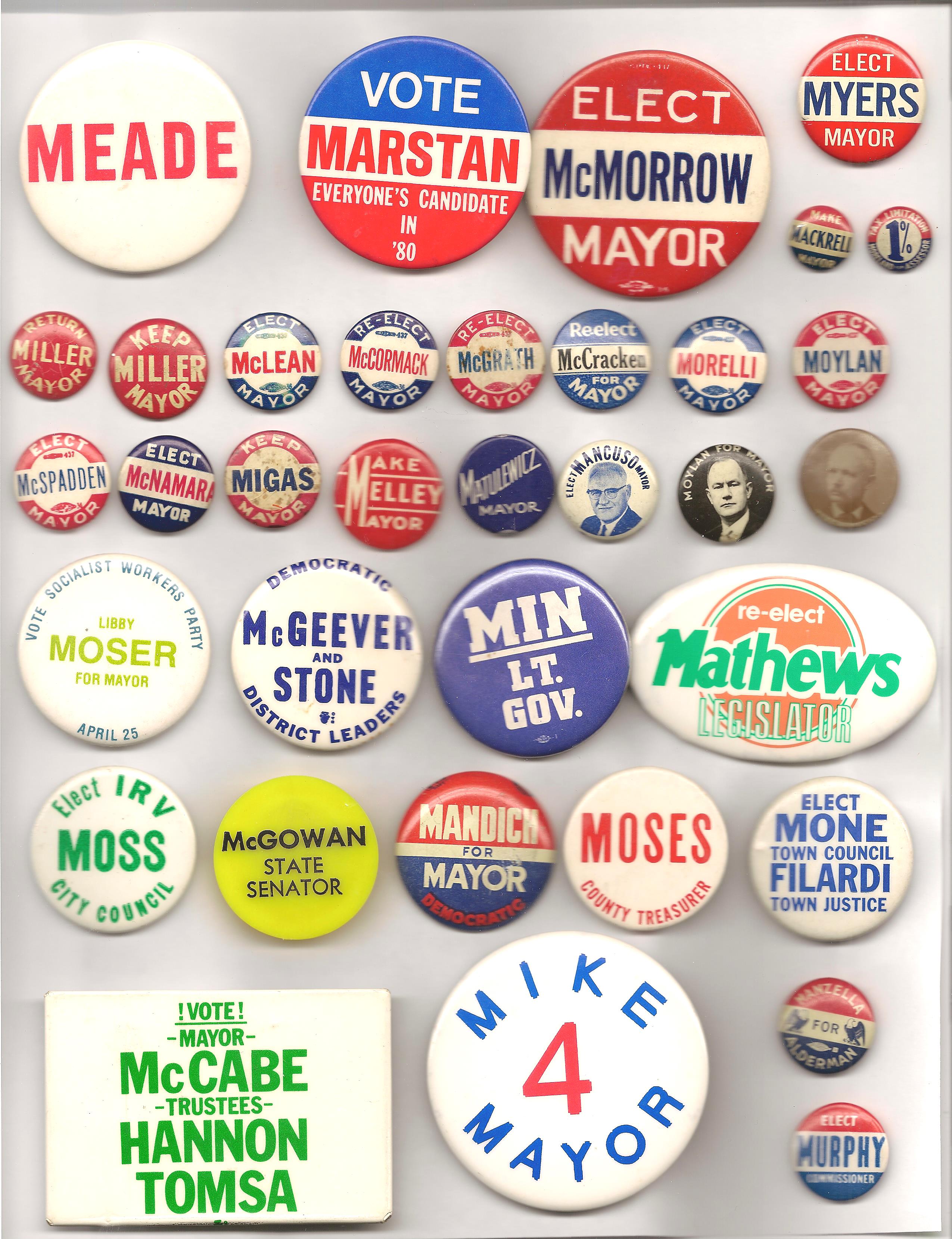 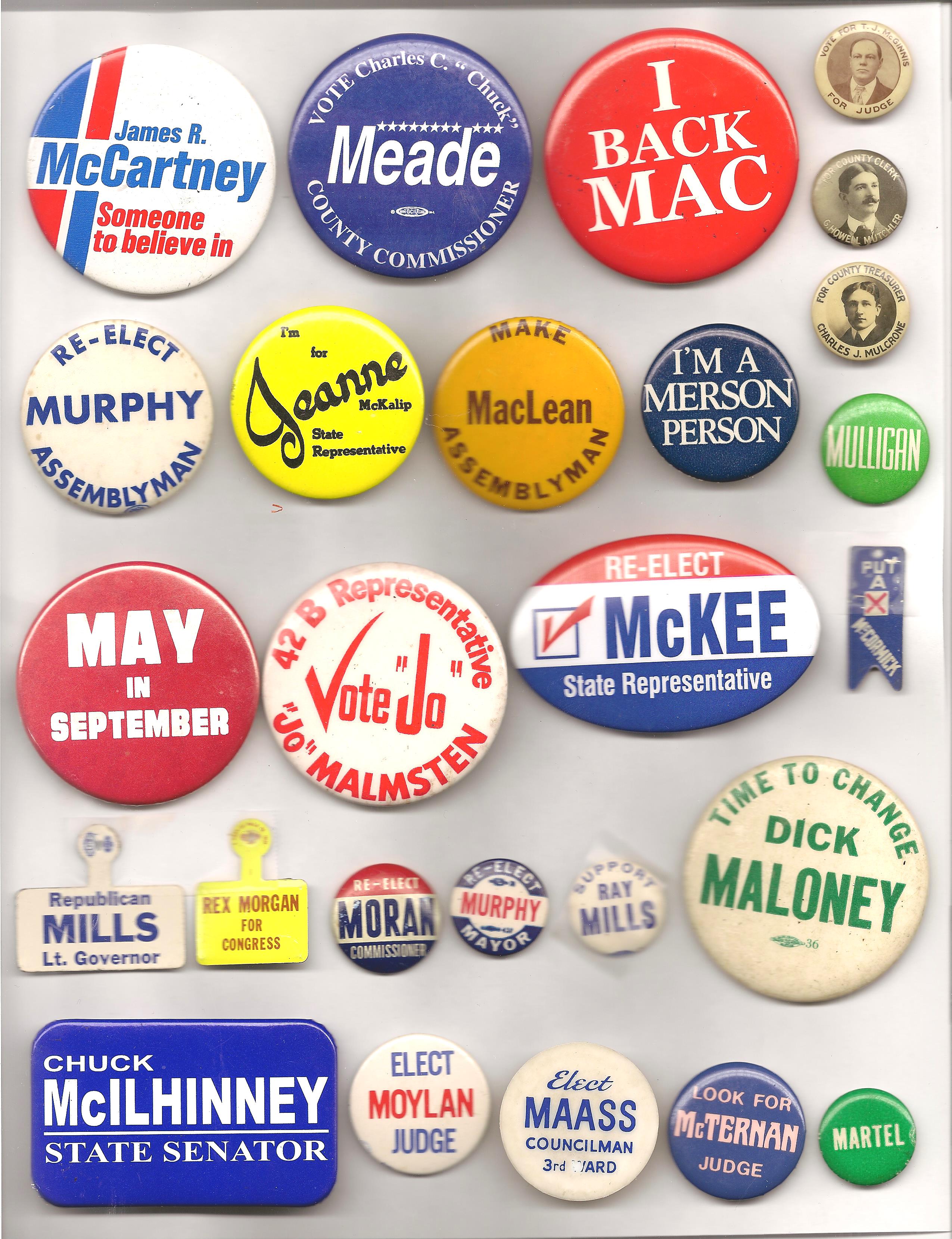 ROW 9 — “For Congress/Labor Choice/Francis M. McInerney 13th District.”  May be from N.J.

ROW 10 — Right under the McInerney button is one that reads “National Vice President” with “Maddox” on a map of Iowa.

ROW 20 — Jeanne McKalip may be from Illinois.

ROW 23 — “Chuck McIlhinney” is from Pennsylvania.  “Elect Moylan Judge” may be from Florida.  “Martel” has a N.H. address on the curl.