Thus far, we’ve completed the first 11 letters of the alphabet.  (Check out our previous “Who Dats”:  Unknowns beginning with the Letter A, Letter B, two pages for Letter C (here and here), Letter D, Letter E, Letter F, Letter G, Letter H, Letter I, Letter J and Letter K.)  We even have one of buttons with pictures only — no names.  That’s even harder to decipher.

We now bring you to the Letter L.  The little we know (or think we know) about these buttons will appear in the descriptions below.  Can anyone help with the identification of these buttons? 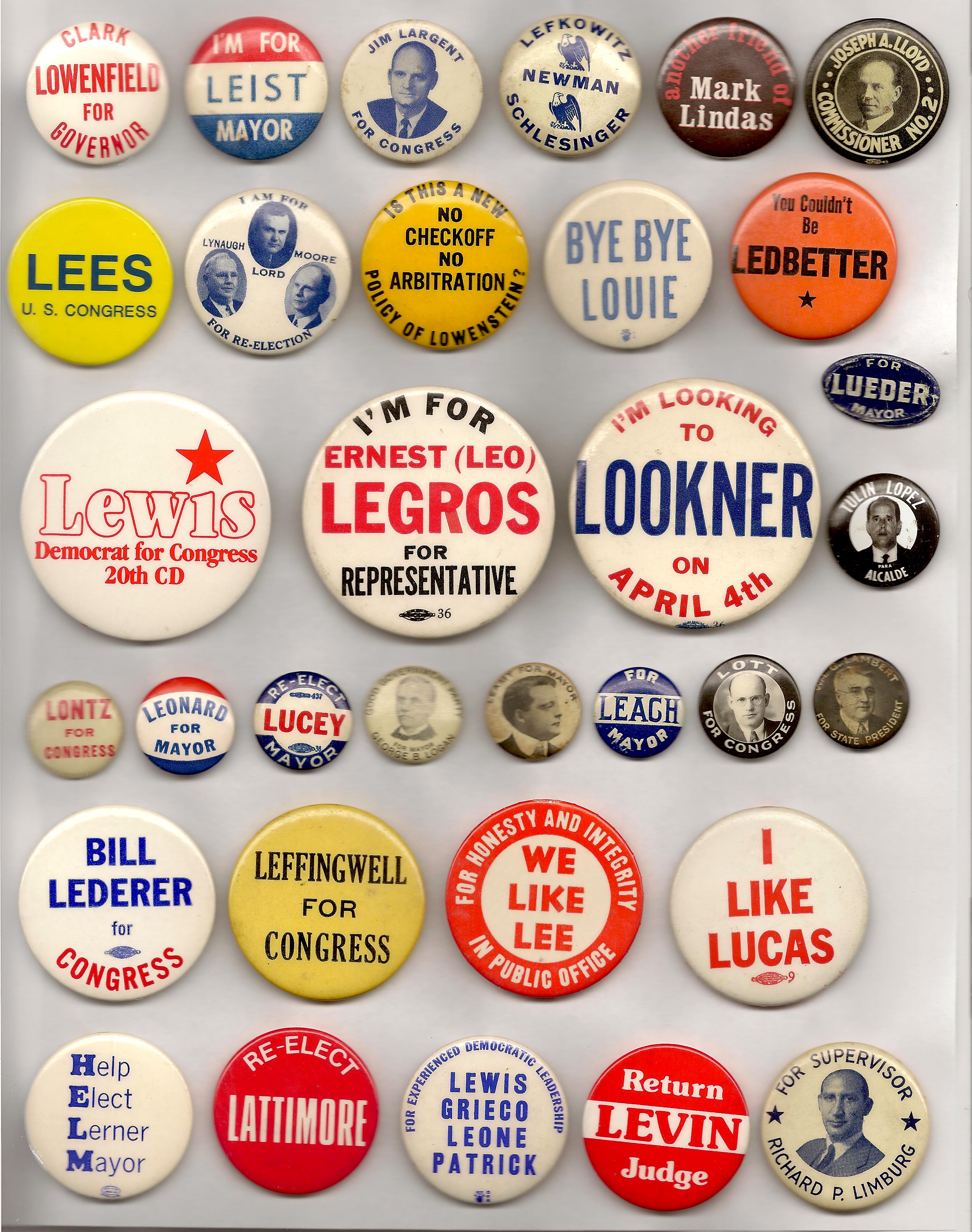 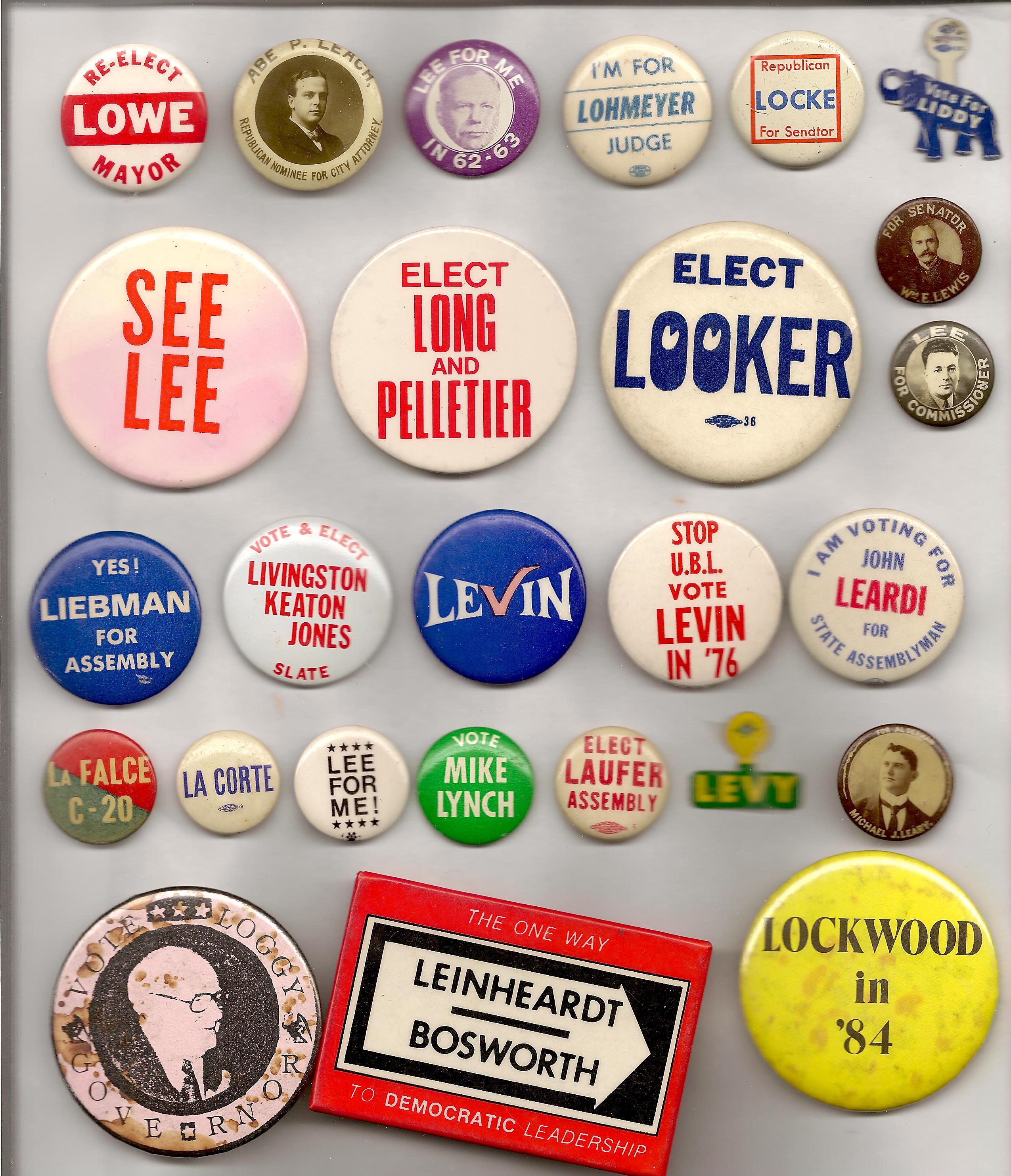 ROW 1 — Jim Largent for Congress (button 3) is Virginia 1962.  The Lefkowitz/Newman/Schlesinger (button 4) is thought to be from NY, but that’s it.  Joseph Lloyd for commissioner (button 6) has Oakland backpaper.

ROW 4 — George Logan for mayor on the Good Government Party ticket (button 4) is Allegheny, Pa. in 1906.  Wm. Lambert for state president (button 8) may not be political; it could be for the state president of the Elks in Ohio.

ROW 6 — Richard Limburg (button 5) could be from Westchester County, N.Y.

ROW 10 — Michael Leary for Alderman (button 7) is from Boston.