This time we’re trying something new.  The answer to a recent three-button ScuttleButton puzzle was “Ottoman Empire.”  For the middle button — looking for “man” — we used a generic button of some guy we didn’t recognize.  That got us thinking.  We realized we have a bunch of buttons with no candidates’ names on them at all, just their picture.  And that leads to this installment of “Who Dat?”

We’re not convinced all of these are political; we have no idea, frankly.  But we sure could use your help in identifying those you might recognize (see notes below). 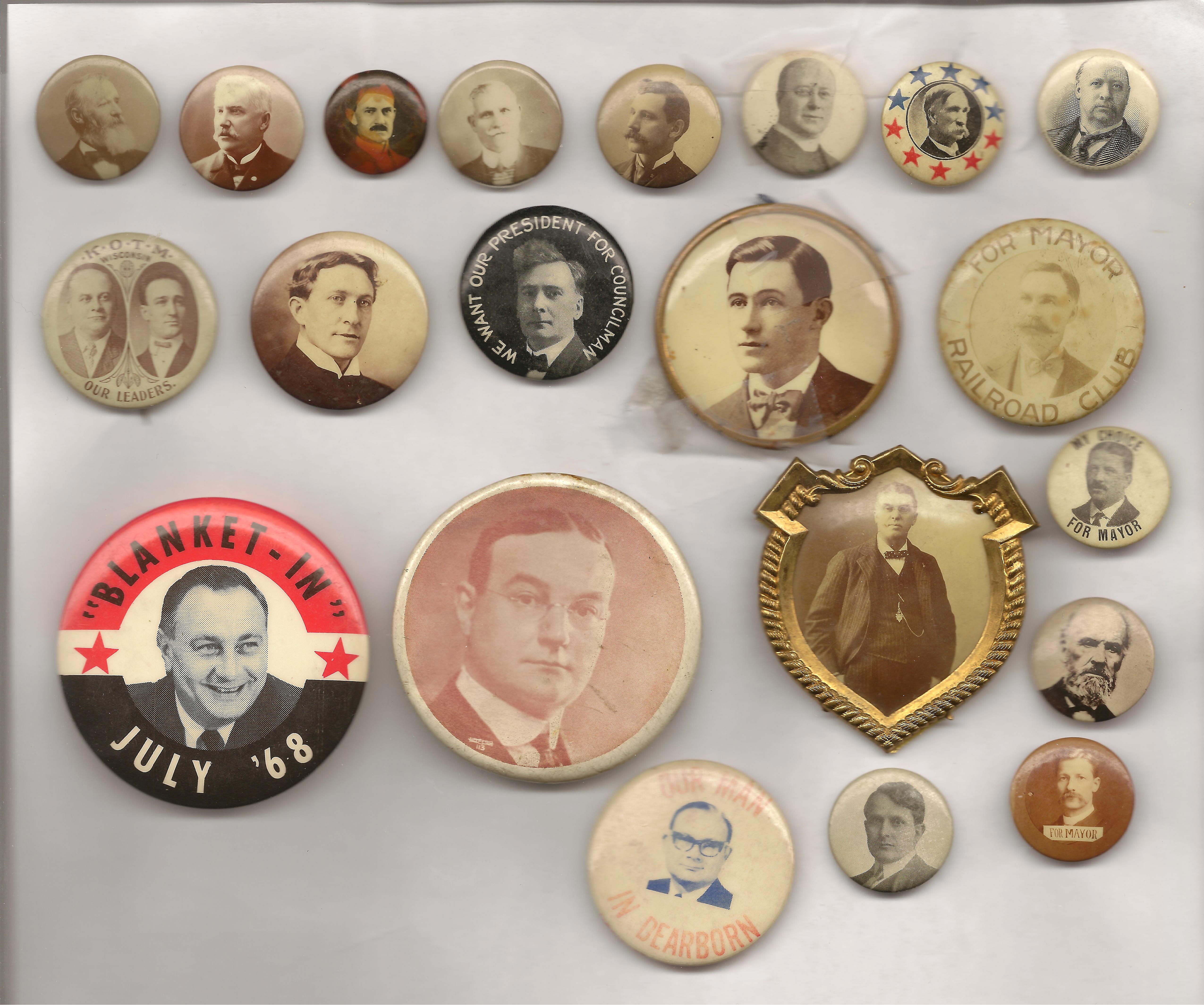 ROW 1:  I was told many years ago that the 6th button may be for a New York gov. candidate.

BOTTOM ROW:  That faded button reads, “Our Man in Dearborn.”