But as it turns out, there are not many unknown campaign buttons that begin with the letter “I” either.

As you know, every so often we come across campaign buttons for candidates we’ve never heard of.  How do we identify who they are?  And when we see a “Smith for Congress” or a “Jones for Senator” button, well, how do we know which Smith or which Jones?  That’s where you come in.

We’ve been offering photos of these unknown buttons (arranged alphabetically by candidate names) for you to help identify.  You’ve been doing an amazing job, for which we are very thankful.  (Previous “Who Dats”:  Unknowns beginning with the Letter A, Letter B, two pages for Letter C (here and here), Letter D, Letter E, Letter F, Letter G and Letter H.

And now we’re back with another selection of campaign items of candidates, this time focusing on the letter “I.”  As in, I DON’T KNOW WHO THESE GUYS ARE!!  There aren’t many of them, but we here at the Political Junkie decided that “I” deserves its own page.  It’s only right.

Thanks for your help!  (Please check out the notes right below the buttons.) 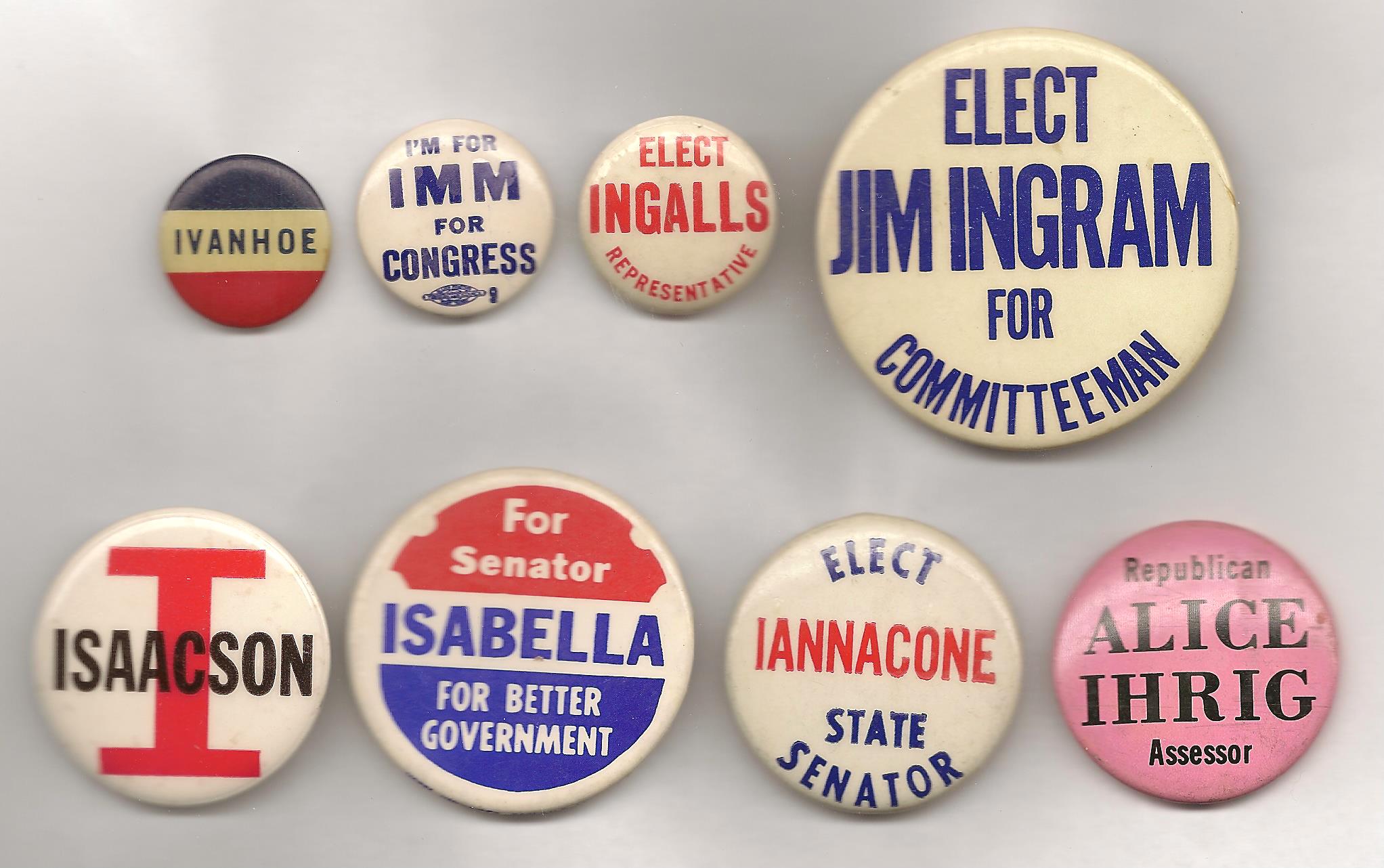 NOTES:  In the top row, “Imm for Congress” could be Val Imm, a Republican who sought a House seat in Minnesota in 1948.  In the bottom row, “Isabella” may be from upstate New York (’70s? ’80s?).  And Alice Ihrig is thought to be from Chicago.