This week’s question:  Who was the last Republican member of Congress who was defeated for voting against gun restrictions? 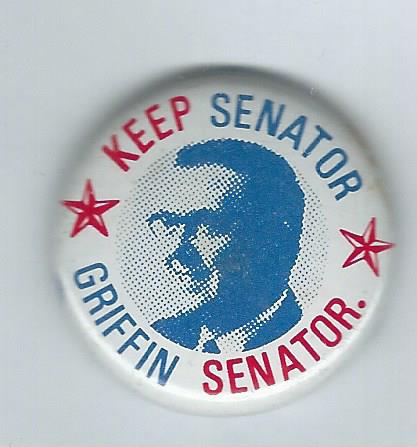 Last week’s trivia question was:   Who was the last Republican senator to announce his retirement, change his mind and run again, only to be defeated in November?

The answer … Bob Griffin.  A Michigan Republican, Griffin announced in 1977 he would not seek a third term but changed his mind several months later.  In 1978 he was defeated by Democrat Carl Levin.