It’s not too late to submit your answer to the latest trivia question, which appears in Episode 30 of the Political Junkie podcast:  Who was the last Veterans Affairs secretary who served in elective office?

Send your answer to trivia@krpoliticaljunkie.com.

The previous question was … who was the last lieutenant governor elected to the Senate?

If you heard the podcast, you’ll know that you were wrong if you guessed either of these two former LGs, Brian Schatz (D-Hawaii) or John Walsh (D-Montana).  Both were appointed — not elected — to the Senate.  Both are seeking election this year but neither came to the Senate via the voters (only via the governors). 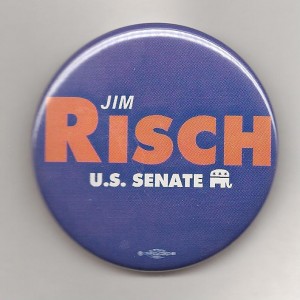 The answer is:  Jim Risch, who was lieutenant governor of Idaho when he was elected to succeed the retiring Larry Craig in 2008.  And the randomly selected winner to that one is Bob Fenton of Washington, D.C.