Congress’ first few weeks in action have been eventful, to say the least — fights over the Keystone XL pipeline, a controversial invitation to Benjamin Netanyahu, and the start of Loretta Lynch’s confirmation hearings to become the next attorney general.  The House has also passed an anti-abortion bill, albeit a watered down version, after some female Republican lawmakers objected to the fact that it failed to include exceptions for rape victims.  One of the women, Rep. Renee Ellmers (R-N.C.), is now being threatened by a challenge in the 2016 GOP primary.

That leads to this week’s trivia question:  who was the last female Republican member of the House who was defeated in the primary by a non-incumbent?

Submit your answer in the box below. We’ll pick a winner at random from the bunch. The winner will get a fabulous Political Junkie button. Don’t forget, you can get the trivia question a whole day early by simply liking our Political Junkie page on Facebook. We post the question every Wednesday. You can sign up for our Political Junkie newsletter, too. You’ll get all the latest from Team PJ every weekend, no spam, all bad jokes. What could be better?

Last week’s question was all about #SOTU. Since the 1960s, there’s been a response to the president’s State of the Union message by someone from the opposite party.  Of all of those responders, who was the last to win a presidential primary? 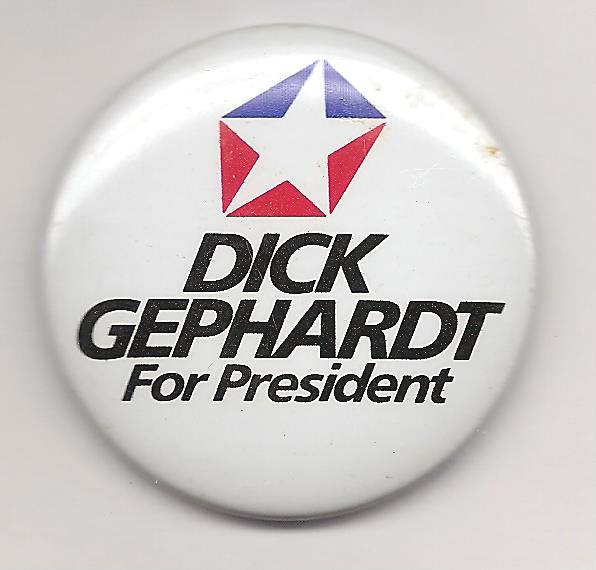 The answer:  Dick Gephardt.  He responded to President Bush’s 2002 address.  In 1988, he won the primaries in South Dakota and Missouri.

And the winner is Steve Sturdvant of Louisville, Kentucky!  Steve gets that coveted Political Junkie button.