The primaries are over, and now we know whose names will appear on the ballots in November. It’s a good but not great year for women –there are now nine women nominated for governor, nine running for the U.S. Senate, and 161 for the U.S. House of Representatives.  New Hampshire holds one record:  it’s the only state to have its governor, both senators and every U.S. House member represented by women.

This week’s question is:  What’s the first state to have a woman as its governor as well as one of its senators at the same time?

Submit your answer in the box below.  We’ll pick a winner at random from the bunch. The winner will get a fabulous, vintage Political Junkie button. Don’t forget, you can get the trivia question a whole day early by simply liking our Political Junkie page on Facebook every Wednesday. You can sign up for our Political Junkie newsletter, too. You’ll get all the latest from Team PJ every weekend. It’s just that easy. 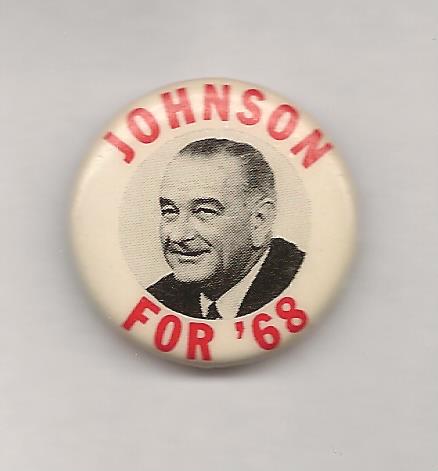 The answer is Lyndon Johnson. Four years later, in 1968, President Johnson’s name was not on the ballot. But he got more votes as a write-in candidate than did Eugene McCarthy, whose name was on the ballot. LBJ won the primary, but less than three weeks later he shocked the world by announcing he would not run again.