Our quadrennial exercise of predicting the major party running mates is both fun and ridiculous at the same time.  We spend all this time assessing the strengths or weaknesses of potential vice presidents.  Do they bring in a state or region?  Do they ideologically balance the ticket?  Is there chemistry with the top of the ticket?  And then, when it’s over, we spend the rest of the time insisting, probably correctly, that people don’t base their vote on who the VP candidate is.  As I wrote the other day, Walter Mondale’s selection of Geraldine Ferraro — the first woman to be on a major-party ticket — was greeted with excitement and tears of joy from Democrats everywhere, but when all was said and done, the Mondale-Ferraro ticket lost 49 states in 1984.  Similarly, George Bush’s pick of Dan Quayle four years later was met with derision and sarcasm — remember the “you’re no Jack Kennedy” debate with Lloyd Bentsen? — but Bush-Quayle won 40 out of 50 states in November.

So, does the VP pick really matter?

We’ll save this argument for another time.  For now, it’s time to predict their identities.

First, some disclosure here.  My picks have almost always been wrong.  In fact, some have been, in retrospect, pretty ridiculous.  In the rare times I was correct, especially when they were long shots — like with Thomas Eagleton in 1972 and Quayle in 1988 — they were hunches.  They made sense, but I think part of what made me predict their selections was because few others were doing likewise. 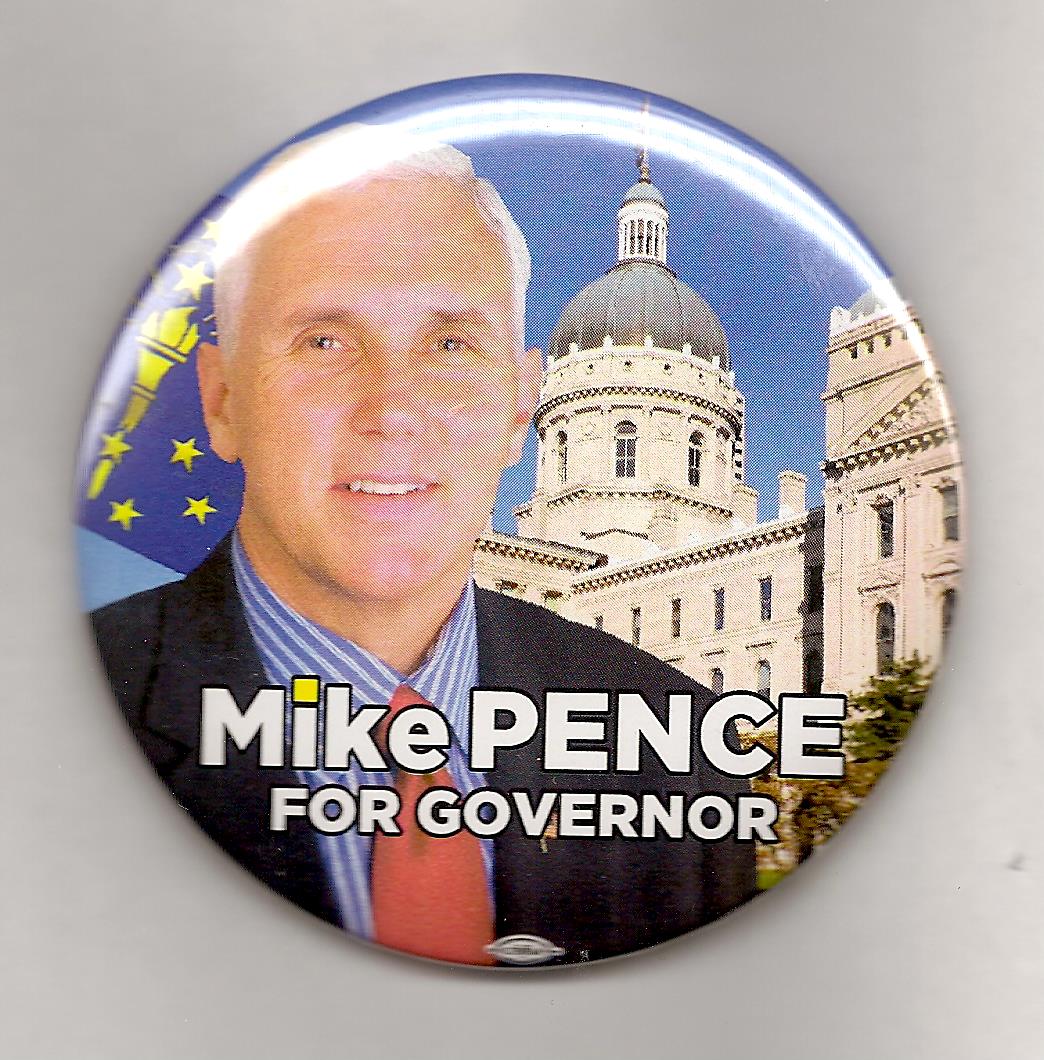 We’re only days away from Donald Trump’s announcement.  This may be the toughest call of all.  He is a completely unconventional candidate, who has touched a nerve in this country … at least with his fellow Republicans, who voted for him in the primaries in record numbers.  Trump also has no hesitation in insulting or battling with whomever crosses him, Democrat or Republican.  Consequently, there are quite a few Republicans who in ordinary times might find themselves on a VP “list” — such as Marco Rubio or John Kasich — but whose relationship with Trump is so frayed that a pairing would be impossible.  Of course, these are not ordinary times, and Trump is not an ordinary candidate.  He’s been on both sides of the abortion issue, gave money to Democrats such as Hillary Clinton and Nancy Pelosi, belittled John McCain’s service in Vietnam, said George W. Bush lied his way into the war in Iraq … the list of apostasies is endless.  Consequently, there are a stunning number of Republicans who are refusing to even attend the GOP convention next week in Cleveland.

A lot of names have been bandied about, with ostensible “tryouts” that feel akin to appearances on The Apprentice.  For the longest time, I thought Trump’s pick would be Chris Christie, the governor of New Jersey.  He endorsed Trump shortly after his own campaign ended, he’s brutal on Clinton, and he seems to have the temperament, or lack of same, as Trump.  Christie seems happiest when he rips apart Democratic, labor union and media critics, to the delight of GOP audiences as well.  But his numbers in the Garden State are awful and getting worse, he’s still not out of the woods with the bridge lane controversy, and satirists have been merciless in mocking him for his fealty and “obedience” to Trump since his endorsement.  Not sure what Trump gets by picking Christie.

Other names, such as Oklahoma Gov. Mary Fallin and Sens. Joni Ernst (Iowa), Jeff Sessions (Ala.) and John Thune (S.D.) have been mentioned but are unlikely.  Newt Gingrich is an intriguing choice, though it’s hard to see him, like Christie, being anyone’s number two.  He may be too strong of a personality for Trump, and has not been shy about criticizing him in the past — calling him out during Trump’s attack on the “Mexican” federal judge, for example.  Gingrich certainly seems to be on the short list.

I’m going with Mike Pence, the governor of Indiana.  Yes, he’s up for re-election this year, and yes, if he’s on the ticket he’ll leave the Hoosier GOP without a gov. candidate with less than four months to go.  (Do they bring back Mitch Daniels?)  But he seems to fit the VP position perfectly.  Impeccable right-wing credentials, executive and legislative experience, is on good terms with Ted Cruz supporters and House Republicans, and would not upstage the top of the ticket (which would be close to impossible in any event).   The last thing Trump needs is a running mate like retired Lt. Gen. Michael Flynn, who has given mixed signals on his abortion views and who has not had to face the rigors of a campaign before.  True, that might be perfect for an unconventional Donald Trump, but at some point he’s going to have to listen to some wiser voices in the party who are already nervous about his own ideological preferences.  I say Mike Pence.

Hillary Clinton has things to weigh as well.  The choices seem to be fixated on either Sen. Tim Kaine of Virginia or Sen. Sherrod Brown of Ohio.  Kaine certainly would be the safer choice.  He’s a solid campaigner, if a bit dull, and like Brown he comes from a swing state.  He was thought to be on Barack Obama’s short list in 2008.  One difference is that if the Clinton-Kaine ticket won, a Democratic governor would choose his successor in the Senate.  Not so if it were Brown, whose departure would be filled by GOP Gov. John Kasich. 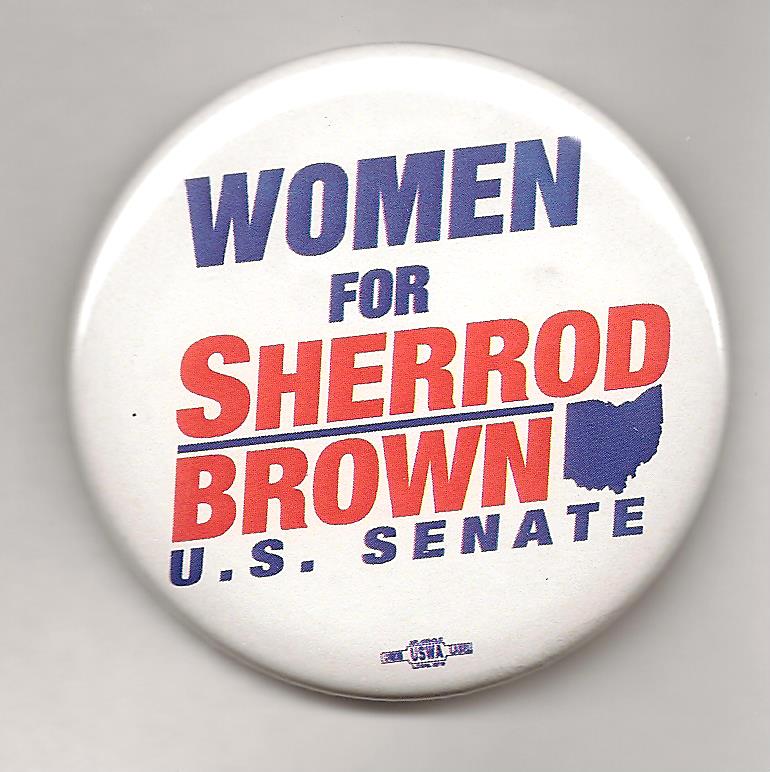 But I think it’s going to be Brown.  He and Clinton showed good chemistry when they campaigned together, and his inclusion on the ticket could send a positive signal to Sanders supporters; he’s a strong opponent of the same trade deals that Bernie has been lambasting.  As for the Democrats losing his Ohio Senate seat … well, it’s a concern.  But it’s also quite possible that Republicans may find many of their own incumbents in trouble because of top-of-the-ticket woes.  And so some Democrats think that they could win a majority in the Senate even if they lost the Ohio seat.

The stable of potential VPs for Clinton was always larger than what Trump gets to choose from, and for a clear reason: she’s more popular within her party than he is with the GOP.  I’m just not sure how realistic many of those on the so-called list are.  Elizabeth Warren would be the progressive dream choice.  She clearly gets under Trump’s skin, and shows no hesitation to go after him at every opportunity.  But there seems to be a lack of warmth between the two.  And if Clinton’s natural inclination is to move to the center for the general election, as many suspect, then Warren might not be the right choice.  Housing Secretary Julian Castro is thought to be too green (and, frankly, too eager) for the job.  I know that Sen. Cory Booker (N.J.), Labor Secretary Thomas Perez and former Massachusetts Gov. Deval Patrick appear on some lists, but I’m not sure they are real possibilities.  Rep. Xavier Becerra of California would be an intriguing choice; he’s smart, ambitious, and well-liked among his Democratic House colleagues.  Of course, Clinton doesn’t need Becerra to win over Hispanic voters, nor does she need him to win California.  Still, he’s impressive and perhaps destined for bigger things in his career.  I’m just not sure VP is in the cards for him in 2016.  I’m guessing Sherrod Brown.

HISTORY:  Now to my record of correctly predicting running mates.  As I indicated earlier, it’s not an especially impressive record.

This Day In Political History:   President Ronald Reagan undergoes a 53-minute operation to remove a cancerous polyp from his large intestine.  Reagan, who is 74, is given “excellent” prospects for a full recovery.  For the first time, the 25th Amendment language regarding a temporarily incapacitated president is applied; Vice President George Bush is given, for eight hours, power of the presidency, making him “acting president” during the time Reagan was under anesthesia (July 13, 1985).