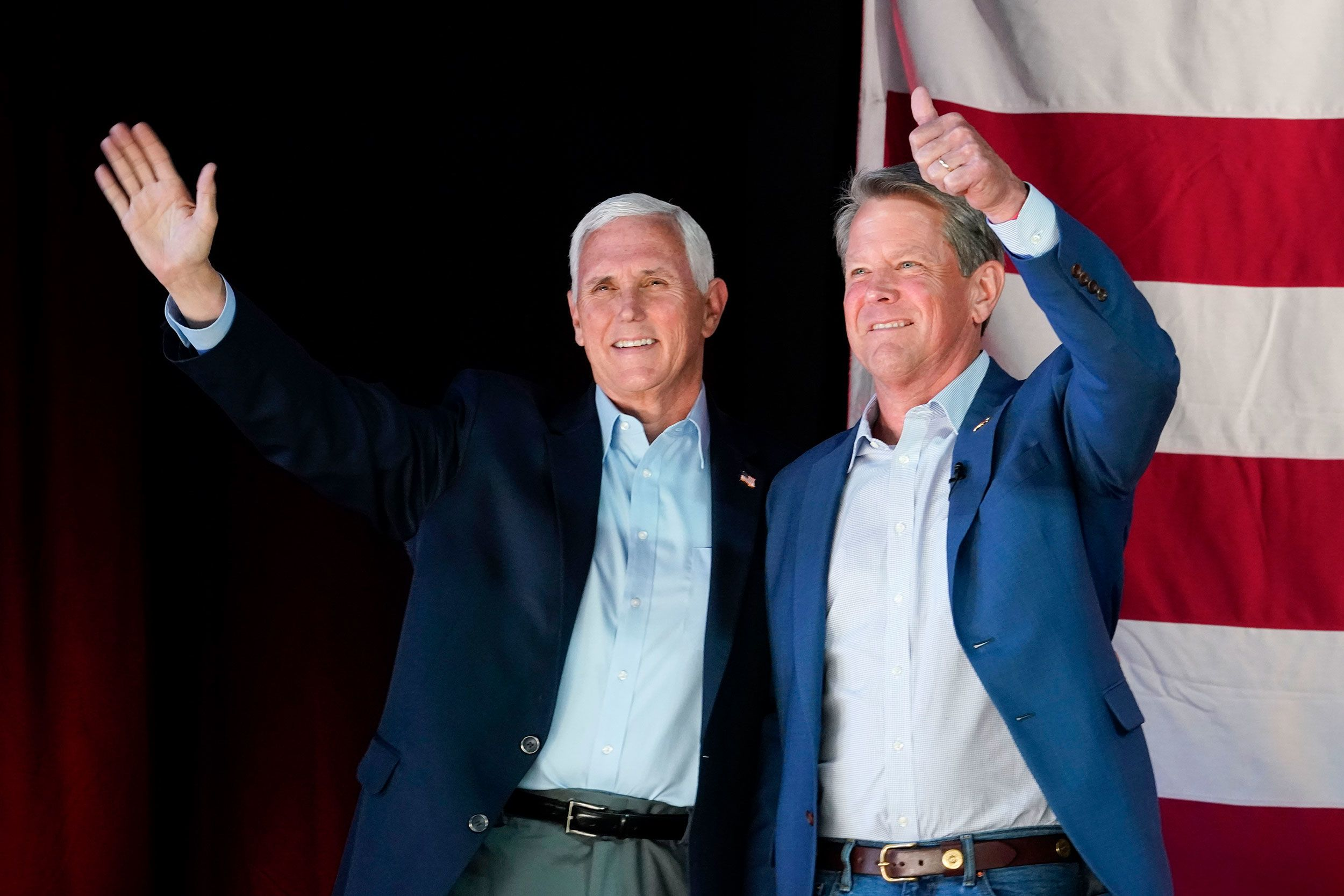 For Donald Trump, this one is personal.

“This” is today’s Georgia primary, where two key Republican figures — Gov. Brian Kemp and Secretary of State Brad Raffensperger — went on record early to renounce the lie that the 2020 election was stolen from Trump.  They looked at the numbers and declared that Joe Biden carried the state.  Raffensperger refused to come up with the 11,000 votes Trump demanded, despite the demands and threats.  And so Trump pushed two Republicans into challenging them in today’s primaries: former Sen. David Perdue for governor and Rep. Jody Hice, one of the 147 House Republicans who voted against certifying Biden as president, for secretary of state.

It may be fair to conclude that Trump wants this more than the other primaries he’s weighed in on, such as J.D. Vance for the Senate in Ohio (he won), Charles Herbster for governor of Nebraska (he lost), Alex Mooney for Congress in West Virginia (he won), Ted Budd for Senate in North Carolina (won), Madison Cawthorn and Bo Hines for Congress in North Carolina (lost, won), Janice McGeachin for governor of Nebraska (lost), Doug Mastriano for governor of Pennsylvania (won) and Mehmet Oz for Senate in Pennsylvania (TBD, recount).  Trump is not used to Republican officials refusing to abide by his wishes, and that’s why today’s contests in Georgia have become so personal.  (Trump is also backing former University of Georgia football star Herschel Walker for the Senate, a primary Walker is all but assured of winning.)  Trump hopes to take down the two Republicans who refused to hop onto the election denial train.

But it’s not going to be easy.  In fact, by all accounts, Perdue is on track to lose, and it may not be close.  Kemp is a conservative governor who has done nothing to disqualify himself with the Right other than running afoul of Trump’s desires.  (Even before 2020, Kemp incurred Trump’s wrath by ignoring Trump’s choice to fill a vacant Senate seat and named Kelly Loeffler to the post.)  Added to the juiciness of this contest is that Mike Pence, Trump’s loyal VP, has endorsed Kemp and is campaigning with him — which may have more to do with 2024 than 2022.  But first things first:  the winner of today’s primary will be taking on the likely Democratic nominee, Stacey Abrams, who lost a close and bitter battle to Kemp four years ago.

In the GOP Senate primary, Walker, who has never run for office before and who faces multiple allegations of domestic violence, is the overwhelming favorite to defeat Gary Black, the state commissioner of agriculture, and several others.  In November Walker will face Sen. Rafael Warnock, considered one of the most vulnerable Democratic incumbents.  Warnock defeated the aforementioned Senate appointee Loeffler in a January 2021 runoff.

There are several House races to watch in the Peach State.

In the 14th District, freshman Rep. Marjorie Taylor Greene is both super controversial and a conservative superstar.  She is heavily favored in the GOP primary over several candidates, including health care consultant Jennifer Strahan.

The 7th District, redrawn by the Republican-controlled state legislature, pits two Democratic incumbents thrown together.  Carolyn Bourdeaux faces Lucy McBath, whose 6th District was made solidly GOP.  McBath became nationally known for her efforts as a gun control champion; her teenage son was shot and killed prior to her coming to Congress in 2018.

And whoever wins the GOP primary in the 10th District, being vacated by Sec/State candidate Hice, is all but assured of winning the seat in November.

Today’s runoffs in Texas could spell the end of the Bush dynasty.  George P. Bush, the son of Jeb who is the Texas land commissioner, is trailing the state attorney general, Ken Paxton, who is under indictment for securities fraud.  In the March primary, Paxton led Bush 42.7-22.8%, a sizable lead but not enough to avoid a runoff.  Trump has endorsed Paxton.

One congressional runoff with national implications is in the 28th District.  Rep. Henry Cuellar, perhaps the last remaining anti-abortion Democrat in the House, the only one who refused to vote to codify the Roe decision, faces a rematch with his 2020 primary challenger, Jessica Cisneros, who supports abortion rights and who came within a thousand votes in the March primary. The runoff is thought to be close.

Other states holding primaries today include Alabama, Arkansas and Minnesota.

In the Alabama GOP Senate primary to fill the seat being vacated by Richard Shelby, Rep. Mo Brooks was an early recipient of a Trump endorsement.  But he withdrew it when Brooks’ polling numbers never took off.  Now, there are late signs of a Brooks surge, especially among Trump Republicans who didn’t appreciate Trump’s change of heart.  Also running are Katie Britt, Shelby’s former chief of staff, and businessman Mike Durant, the helicopter pilot shot down in Somalia that was depicted in “Black Hawk Down.”  The race could go to a runoff.  Gov. Kate Ivey (R) also faces multiple primary challengers.

And in Minnesota, a primary will be held in the 1st District to replace Rep. Jim Hagedorn (R), who died of cancer in February.