Maybe you’re not wild about the field of candidates.  Maybe you’re distressed by the tone of the campaign.  And maybe what happens this evening won’t even matter in the long run. 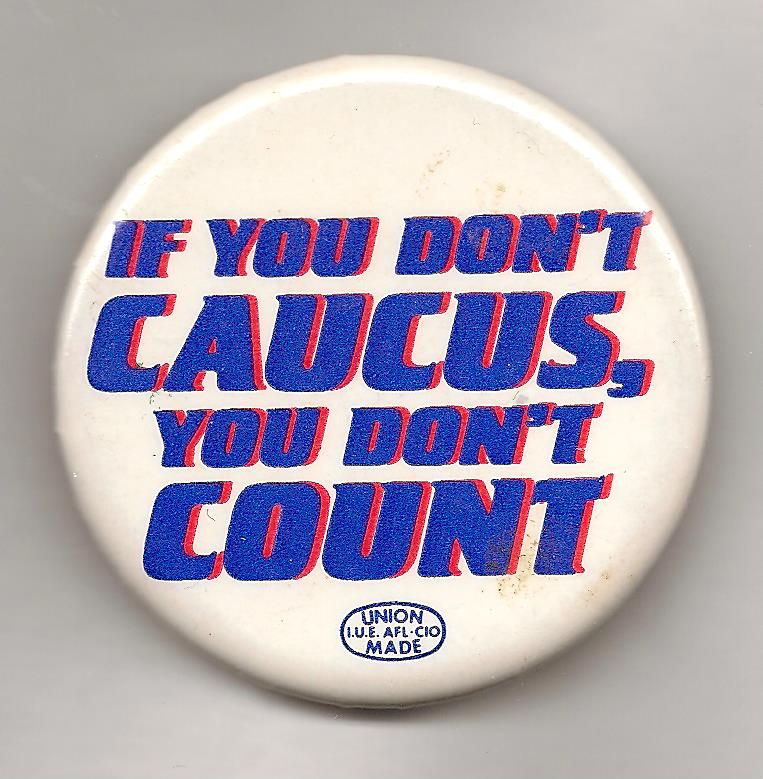 Regardless, after months of preparation and polls, dropouts and debates, the Iowa caucuses are here.  As always, some thoughts:

— What does it mean?  It may mean nothing a week or two down the road, but it means everything now, because it’s all we have to go by.  It’s the first sound we’ll hear of voters having their say.  Sometimes, the winners from Iowa are never heard from again.  Sometimes, a victory here starts momentum that brings the candidate all the way to the nomination.

— Both parties have a lot at stake in Iowa.  On the Democratic side, it’s much simpler.  If Bernie Sanders wins, and wins again eight days later in New Hampshire, the race for the nomination becomes more complicated, and destined to go on for at least awhile longer.  It would no longer mean an anointment for Hillary Clinton.  (That’s not to say she won’t be the nominee; witness Bill Clinton failing to win the first four contests in 1992 — Iowa, N.H., Maine and South Dakota — and still easily going on to take the nomination.)  A defeat for Hillary in the first two could inspire other Democrats throughout the country to Feel the Bern and keep the battle going longer than many would have guessed.  But if Clinton wins Iowa, it may not matter what happens in N.H.  A Sanders win there could be dismissed as no more than a victory by a neighbor.  And then comes contests that demographically should favor Clinton: Nevada, with its sizable amount of Latino voters, and South Carolina, where African Americans comprise more than half of the primary electorate.  No matter what happens, Martin O’Malley will finish well behind the other two everywhere.  He may limp from Iowa to N.H., but that may be it for the former Maryland governor.

— As for the Republicans … where to begin?  According to observers on the ground, the surge by Ted Cruz seems to have abated, and Donald Trump has recaptured the momentum.  The final Des Moines Register poll has him ahead of Cruz 28-23%, with Marco Rubio in third with 15%.  It’s notoriously difficult to poll in caucus states, but it may be even tougher with Trump supporters.  Yes they are enthusiastic, and yes they are more likely to stick with him than the backers of the other candidates.  But many are new to the entire political process.  Who knows if they will show up tonight.  Here’s a GOP scorecard:

— Trump.  I spent much of the past six months dismissing his support as a carnival phenomenon destined to flame out.  At this point, not too prescient.  In retrospect, it’s futile to predict what’s going to happen with Trump, who has violated every norm and every convention standing in his way, and has not only survived but thrived.  That throwaway line of his that he could shoot someone in the middle of Fifth Avenue in New York and his supporters would still stick with him?  Who’s to argue with that?  People say watch what happens when he loses his first contest, it will be the beginning of the end for him.  Maybe.  Or maybe he wins in Iowa and it’s the beginning of the end for everyone else.

— Cruz.  The game plan from the beginning was to play nice with Trump, wait for him to implode, and then gobble up his supporters.  That didn’t happen, and when it looked like Cruz was standing in his way in Iowa, Trump pounced (Canada birth, ethanol, flipflops, etc.).  The other Cruz goal was to win over the evangelical vote, which proved successful for Rick Santorum (2012) and Mike Huckabee (2008).  His endorsement by the would-be kingmaker Bob Vander Plaats was considered key.  But equally consequential could be the eyebrow-raising declaration by GOP Gov. Terry Branstad that Cruz would be the worst candidate of all for Iowa.  Cruz is sharp on his feet and probably got the better of Trump in the Jan. 14 debate in South Carolina.  But when Trump skipped the last debate, on the 28th, Cruz suddenly became the target, sounded defensive, and didn’t come off as well as he had in the past.

— Rubio.  We’ve seen a lot of different Marco Rubios this year, but one thing remains constant: He’s still the top choice of many so-called establishment Republicans who can’t stomach the prospect of Trumpcruz.  But he remains highly vulnerable for his past participation in the Gang of Eight’s hope of achieving a breakthrough on immigration policy, and while he tries to explain it away in every debate, not everyone leaves convinced he’s gotten past it.  Still, if he finishes a strong third today — which is almost crucial for him — then there will be pressure put on by GOP leaders for others to drop out — Chris Christie, John Kasich, maybe even Jeb Bush.  But they are all hoping for a breakthrough, if not in Iowa, then in New Hampshire on the 9th.  Then we’ll see where we stand.

— Bush.  Maybe even more so than the rise and sustainability of Trump, the failure of Bush to take off is the biggest surprise of the campaign.  Yes, he’s smart and, often, shows a certain amount of decency.  He’s not one to rely on easy solutions to the world’s big problems.  At the same time, though, he is utterly incapable of delivering a memorable debate soundbyte.  He always seems so uncomfortable in the debates, especially when he takes on Trump.  Why in the world does he still sound flummoxed when he gives his own closing statement?  And why his PAC is spending all that money assailing Rubio is a question that future chroniclers will be asking themselves.  As the “establishment” types eat their own, the result only strengthens the hand of Trump and Cruz.  It’s very rare that Republicans who start the cycle as frontrunners don’t go on to win the nomination.  Bush is likely to break that mold.

— What to make of the others?  Neither Christie nor Kasich is expected to make a difference in Iowa but both are showing some signs of life in N.H.  Let’s see if there’s room for both of them once they get out of the Granite State.  Rand Paul offers a point of view that is certainly worth discussing — he shows complete disdain to those candidates who call for the “carpetbombing” of ISIS or the overthrow of Syria’s Assad without any guarantee of who fills the vacuum.  But his support has never taken off the way many once thought.  The question is whether he is still in the race by March 5, when the Kentucky GOP holds its caucuses.  (Paul’s Senate seat is also up this year.)  Ben Carson fell from frontrunner to asterisk in the time it took him to show his unfamiliarity with foreign policy issues in the wake of the attacks in Paris.  A decent guy, but he has no business running for president.  Carly Fiorina attracted early notice with her tough attacks on Hillary Clinton, which elevated her from the undercard to the prime-time debate in September.  And she did come out ahead of a back-and-forth with Trump about her “looks.”  But her bounce didn’t last long, her case sounded monotonous, and she’s back at the kids’ table.  As earlier noted, Santorum and Huckabee, the last two Iowa winners, were hoping to repeat their magic this year.  But it never happened, and it would surprise few if both were not out of the race as soon as Tuesday.  (Most of the other dropouts are likely to occur after New Hampshire, a state where more candidates are placing their bets.)

— The caucuses begin at 7 pm Central time.  Assuming everything works — which didn’t happen with the GOP four years ago, when Santorum wasn’t declared the winner (by 34 votes!) over Mitt Romney until after the N.H. primary — we may have results at 11 pm.  Or not.