Who was the last defeated Supreme Court nominee to later run for office? 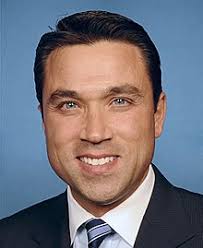 The previous trivia question was:  Who was the last member of the House to win re-election while under indictment?

The answer:  Michael Grimm.  A two-term Republican from Staten Island, he was under federal indictment on fraud, tax evasion and perjury charges when voters in New York’s 11th Congressional District re-elected him in 2014.  The following month, he pleaded guilty to one count of tax fraud and resigned his seat the following week.