Before Kamala Harris, who was the last major party vice presidential nominee who previously had served as state attorney general? 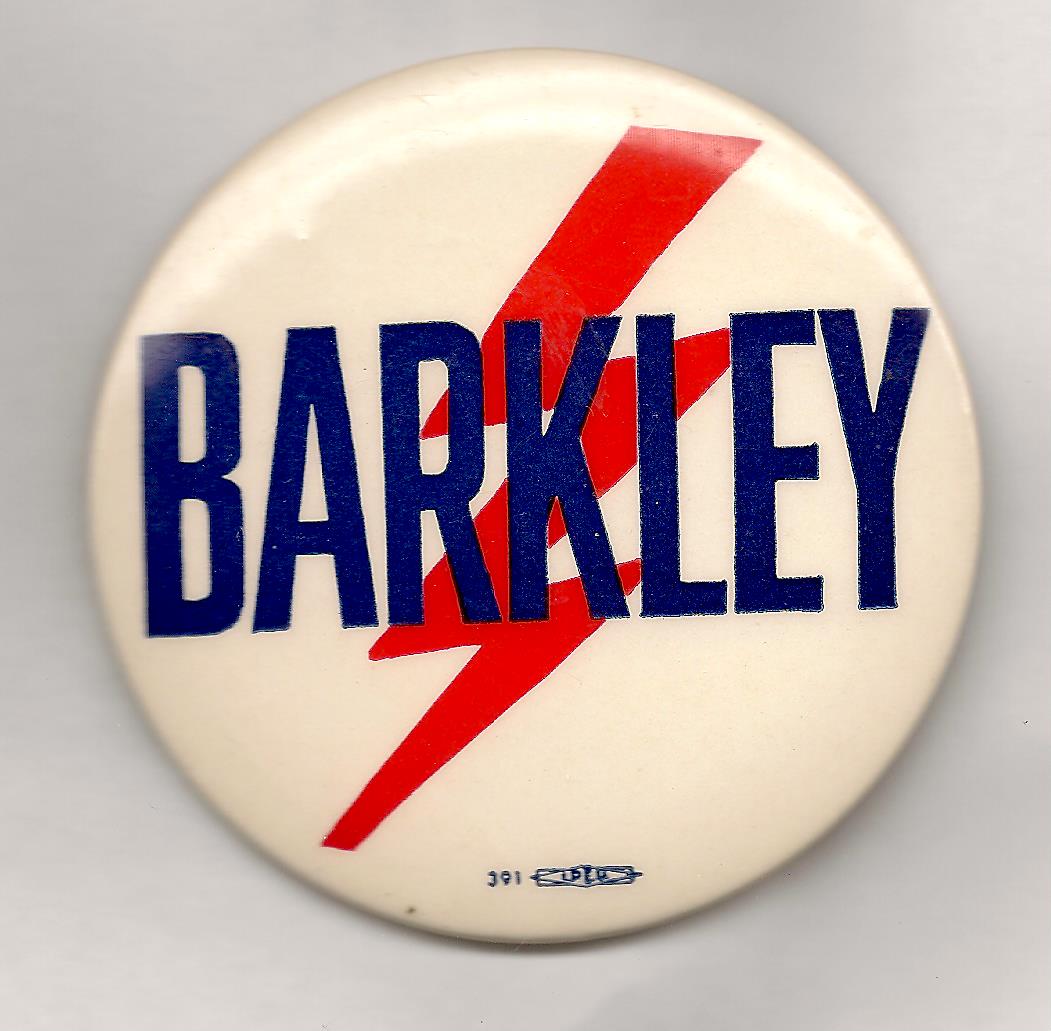 Last week’s question was:  Who was the last incumbent vice president who wanted his party’s presidential nomination but failed to get it?

The answer?  Alben Barkley.  Barkley, Harry Truman’s vice president, wanted to succeed his boss when he unexpectedly announced his retirement in 1952.  As the button suggests, he was hoping lightning would strike. But Barkley lost at the convention to a dark horse candidate, Illinois Gov. Adlai Stevenson.