He had a history of saying incendiary things. His fellow Republicans, even those who deeply disliked him, refused to take him on; most simply tolerated his antics and stayed silent. But this time, he went too far.

What infuriated Welch was Sen. Joseph McCarthy’s attack on a young attorney who worked at Welch’s firm, which came during the famous Army vs. McCarthy trial of 1954. The attack on that young lawyer, Fred Fisher, and Welch’s passionate response, seemed to turn the tide of public opinion completely against the Red-baiting lawmaker. It was the beginning of the end for McCarthy, who was condemned by the Senate by year’s end.

Similarly, until he made comments belittling John McCain’s time as a prisoner of war in Vietnam, the GOP establishment and its presidential candidates seemed loathe to take on Donald Trump, the billionaire real-estate mogul slash White House contender who has a history of making inflammatory comments.

McCarthy targeted Communists and the State Department. For Trump, it’s Mexico and immigrants crossing the border. Both touched a nerve with a segment of the American public.

Trump’s tactics have catapulted him to the head of the GOP field – even as much of his vitriol has been directed at his fellow Republicans. Mitt Romney was a “frozen jellyfish” who “choked” in 2012 … John Kasich “was a managing partner of the horrendous Lehman Brothers when it totally destroyed the economy” … Jeb Bush “made a fool of himself” over Iraq … Marco Rubio is “weak on immigration” and “weak on jobs”… Scott Walker put Wisconsin in a “mess” and the state’s “hospitals and education is a disaster” … Lindsey Graham is a “stiff,” a “total lightweight,” an “idiot.”  Other Republicans are “morons,” “clowns,” “dummies,” “losers,” “stupid.” More Don Rickles and less Marquess of Queensberry.

Yet what do the polls show? Trump surging into the lead. A new CNN/ORC Poll has Trump on top with 18% of the Republicans surveyed, compared to 15% for Bush and 10% for Walker.  Earlier polls had Trump leading with similar (or even greater) numbers.  His comments on McCain — and subsequent tauntings of other Republicans — have shown no sign of hurting his standing.

Nonetheless, his dismissal of McCain as a non-hero did give most of his fellow Republican candidates a green light to strike back at Trump, something they had heretofore been reticent about doing.  Aside from Ted Cruz (who suddenly finds the thought of criticizing a fellow Republican repugnant, after years of doing just that), the group of GOP presidential candidates were nearly united in denouncing Trump for his sleight against McCain.  (Meanwhile, Cruz’s adherence to Ronald Reagan’s 11th Commandment, which was never real to begin with, didn’t last much longer; he savaged Senate Majority Leader Mitch McConnell as a “liar” over legislation regarding the Export-Import bank.)

It might be worth noting that polls taken more than six months prior to Iowa and New Hampshire generally do not tell us much. Four years ago at this time, polls indicated Rick Perry to be the GOP frontrunner. And as his fortunes fell, it was Herman Cain who led the Republican field. Ultimately, neither became a serious contender for the nomination; Cain was out of the race before the end of the year, and Perry was gone by mid-January.

But relying on history might not apply here.  Trump has been rewriting the rules from Day One. Even his refusal to rule out an independent or third-party candidacy should his GOP bid fail – a move that would have the effect of all but certainly handing the election to the Democratic candidate – has not hurt his numbers.

Joe McCarthy’s misguided decision to take on the Army in 1954, along with Joseph Welch’s sorrowful rebuke of the Wisconsin senator, sent a signal that a line was crossed and enough was enough. Is there such a thing of Trump going too far?  Apparently, not yet.

We await the debate on August 6th.

(NOTE:  This is an updated version of my column that appeared in USA Today on July 21.)

Whitman sampler.  Here’s something we didn’t know.  John Whitman, who was the husband of former New Jersey Gov. Christie Whitman (R) until his death on July 2, was the grandson of former New York Gov. Charles Whitman (R), who was elected in 1914 and re-elected in 1916.  It’s incredible the amount of new information we learn in the Political Junkie.
Those 16 Republicans.  You may remember the song “88 Lines About 44 Women” by The Nails.  Well, Peter Leidy of Madison, Wis. has his own version: “32 Lines About 16 Candidates.”  You can listen to it (and watch it) here on YouTube: 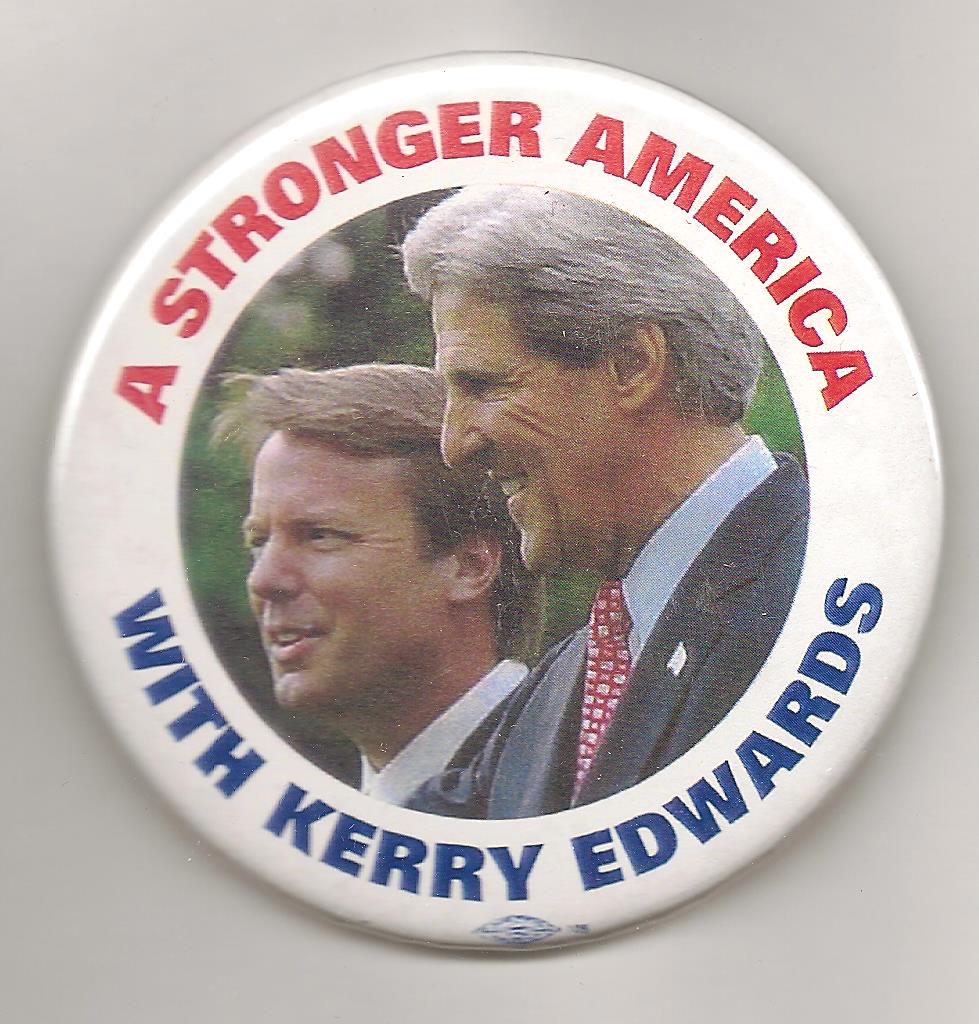 This Day In Political History:  At the Democratic National Convention in Boston, Sen. John Edwards of North Carolina officially accepts his party’s nomination for vice president.  Edwards, who had challenged John Kerry in the presidential primaries, was chosen as Kerry’s running mate on July 6th (July 28, 2004).