Some pretty big news that came out of the Republican retreat last week about immigration.

More than seven months after the Senate passed its own bill on overhauling the nation’s immigration laws, Speaker John Boehner indicated that there was some movement among the House Republicans on the issue.  Boehner and the GOP had steadfastly refused to go along with the sweeping Senate measure, insisting on more of a piecemeal approach, with the number one priority being strengthened border security.  A two-page list of principles was released at the Maryland retreat, and while it didn’t call for a “special pathway to citizenship” for the 11 million immigrants in the U.S. illegally, it did talk about a path to “legal status.”  And it left open the possibility of eventual citizenship for those who were brought to this country as children.

And just in time, said many Republicans.  We can’t win Latino votes, they insisted, certainly not by talking about “self-deportation” and fighting the DREAM Act and doing everything they could to stymie any overhaul of the immigration laws.  The 2012 elections showed that.

And 2014 threatened to be worse.  Latino advocacy groups had targeted some ten House Republicans with sizable Hispanic populations in their districts, telling them if they refused to step up, they would be voted out.  The ten: Jeff Denham, Gary Miller, David Valadao & Buck McKeon of Calif.; Mike Coffman & Scott Tipton of Colo.; Dan Webster of Fla.; Joe Heck of Nev.; Steve Pearce of N.M.; and Randy Weber of Texas.  (Even before the list came out, Denham joined Democratic efforts to push for a pathway to citizenship.  After the list was released, McKeon, the chair of the House Armed Services Cmte, announced he was retiring.)

So Boehner had his say, the GOP had its retreat, the list of principles made national headlines, and everyone responded as if something big was ready to happen.

“Movement on immigration,” wrote the Washington Post.  “Immigration breakout,” opined the Wall Street Journal.  Immigration “reform” groups that had long insisted on citizenship-or-nothing realized that for a bill to really happen, they would have to compromise.  And they indicated they were ready to do so.  President Obama said he was encouraged.  Not everyone on that side was thrilled, however; AFL-CIO chief Richard Trumka dismissed it out of hand.  But for the most part, this was the closest Congress had ever come to dealing with the issue.

It’s one thing for Boehner to stand up to the Tea Party faction of the House GOP, as he did during the debate over the budget bill championed by Wisconsin Rep. Paul Ryan.  He won that skirmish.  But conservative Republicans — many with minimal minority populations in their districts — were horrified by the push on immigration.  We have the Democrats on the ropes over Obamacare!, they argued.  The president’s numbers are abysmal!  This is the worst time to introduce an issue that is certain to divide us!

And so just because the leadership wanted to deal with this issue didn’t necessarily mean that the rank and file did.

And so there now seems to be some backtracking.  Incumbents are nervous about the approaching candidate filing deadlines, wondering if anti-immigrant Republicans would challenge them in the primaries.  Maybe we should wait until 2015, they say, when we have the Senate AND the House and we can get a bill to our liking.

First of all, getting the six seats they need to take back the Senate is very iffy at this point.  And by 2015 we’ll be in the early stages of the race for the presidential nomination.  Illegal immigration could very well be a hot button issue once again.  It could advance certain candidates to victory in the primaries and caucuses.  But then comes the general election.  And we’re back at Mitt Romney-land.

So for all those who a week ago were betting on an immigration bill to pass the House this year … it might be prudent to hold off. 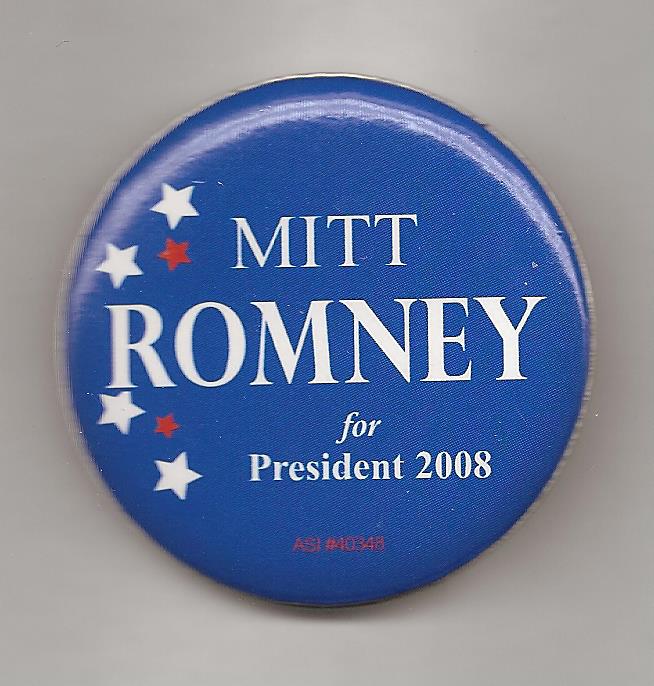 This Day In Political History:  In a speech before the Conservative Political Action Conference (CPAC) in Washington, former Mass. Gov. Mitt Romney surprises the audience by announcing he is dropping out of the race for the Republican presidential nomination.  Two days earlier, Romney ran a weak second to John McCain in the Super Tuesday primaries, garnering just a third of the delegates that went to the Arizona senator (Feb. 7, 2008).