Since its creation in 1980, the effect of the South Carolina Republican presidential primary was to right the GOP ship if there was some indication of unsteadiness.  Iowa had its quirks (Bush in 1980, Dole in 1988, Huckabee in 2008) and New Hampshire had its share of apostasies as well (Buchanan in 1996 and McCain over George W. Bush in 2000).  But it was always S.C.’s role to put things in their proper order. 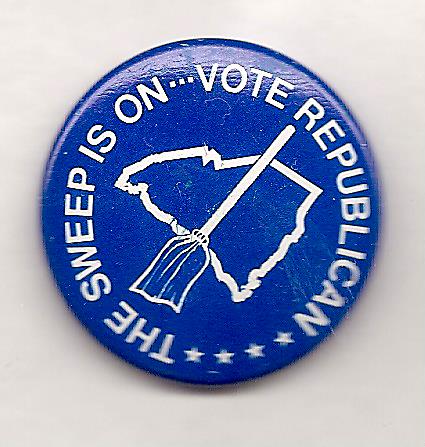 Its record as being Always Right ended in 2012.  Mitt Romney, the eventual nominee who had narrowly lost Iowa to Rick Santorum but recovered to win in New Hampshire, lost South Carolina to Newt Gingrich.  There was a lot of Anybody But Mitt sentiment that year, and it took a toll on many in the party … as well as the reputation of the Palmetto State picking winners.

This year the state’s primary is under intense scrutiny as well, a year when little has made sense and when the party’s regular order has been upended like never before.  In a state where the Republican establishment has long held sway and where respect for tradition is paramount, Donald Trump has nonetheless built a sizable lead by appealing to disaffected, frustrated and angry voters.  And he’s done it in a most unorthodox way, the most recent example when he launched into an attack on former President George W. Bush for what he said were lies about Iraq’s weapons of mass destruction; the decision to go to war against Iraq; and amazement how anyone could say Bush “kept us safe” from terrorists when 9/11 happened under his watch.  Even more notable, the attack came at a Republican debate in front of a Republican audience in Republican South Carolina.

But there is no indication that Trump’s lead in South Carolina is threatened.  And that puts more pressure on the so-called “Establishment” Republicans — Jeb Bush, Marco Rubio and John Kasich — to have a decent showing in Saturday’s primary.  Bush, who has under-performed in the first two contests and who brought his brother, the former president, to campaign for him just days before the primary, may have the most riding on the result.  Where is he going to win?  He also has Sen. Lindsey Graham in his corner.  Can he survive a fourth-place finish?  That’s the big question.  As for Rubio, he has the backing of Sen. Tim Scott and Gov. Nikki Haley.  He needs a strong finish to help voters forget his disappointing showing in New Hampshire that came days after a widely-panned debate performance.  The guess is that Rubio and Ted Cruz are in a tight battle for second.  (Democrats hold their primary a week later, on Feb. 27.)

Still, in comparison to Iowa and New Hampshire, South Carolina remains the most reliable barometer in forecasting the GOP nominee. What follows is a brief review of each primary the state held. (Note: There were no GOP contests in South Carolina in 1984 or 2004, when Presidents Reagan and Bush, respectively, ran unopposed for the nomination.)

Republican influence in South Carolina had been growing since Sen. Strom Thurmond switched to the GOP in 1964; in 1974, James Edwards was elected the state’s first Republican governor since Reconstruction. But it was the efforts of party operatives like Lee Atwater and Harry Dent that not only created the South Carolina primary in 1980 but also made sure it was the first test in the South. In 1980, it was the focus of a battle between forces supporting former California Gov. Ronald Reagan and ex-Democratic Gov. John Connally of Texas, a Nixon favorite who switched to the GOP in 1973. Connally started out the campaign spending freely, winning over people like Thurmond, a true folk hero in the state, and Edwards (who had both been for Reagan in ’76). But Connally found himself quickly running out of steam, and money, and suddenly South Carolina became his make-or-break state. Adding to his problems, his campaign got embroiled with that of another candidate who was trying to win over anti-Reagan Republicans, George H.W. Bush. The former Texas congressman (and winner of the Iowa caucuses) had the support of the canny and controversial Dent, who leaked a memo suggesting that Connally was supportive of gay rights; a later Bush memo suggested that Connally was considering payments to black ministers to get out the vote. Those wouldn’t be the last dirty tricks in South Carolina presidential politics, but they were enough to keep the Connally and Bush camps sniping at each other, and leaving Reagan to appear above the fray. Reagan, whose state organization was led by Atwater (who, if memory serves, was aghast at Bush’s campaign tactics) and freshman Rep. Carroll Campbell, won the primary decisively, and Connally dropped out of the race the next day. Results: Reagan 55%, Connally 30%, Bush 15%.

The results of the 1980 primary seemed to teach a lesson to Bush, who by 1988 was the loyal vice president to a very popular president. A moderate alternative to Reagan in 1980, he ran as the “second coming” of Reagan eight years later. Bush’s national campaign manager was Lee Atwater. His state campaign manager was Carroll Campbell, by now the governor. All the stars seemed aligned in his corner. Even the endorsement by Thurmond of Sen. Bob Dole, Bush’s main rival for the nomination, mattered little. Even when Bush finished third to Dole in the Iowa caucuses the month before, the word was that South Carolina would be his “firewall.” It was. Bush’s easy victory over Dole and the Rev. Pat Robertson set the tone for Bush’s 16-state Super Tuesday primary sweep three days later that all but sealed the deal. Results: Bush 48.5%, Dole 21%, Robertson 19%, Rep. Jack Kemp (N.Y.) 11.5%.

The first President Bush’s prospects for renomination were never thought to be at risk going into the 1992 primaries, but there was a large segment of the GOP — perhaps as much as a third — thought to be dissatisfied with his policies on taxes and the economy. Conservatives were most disappointed, claiming that Bush sold out on both. An unimpressive winner in New Hampshire over Pat Buchanan, the TV commentator and former Nixon aide, Bush nonetheless knew he had, as in ’88, a firewall in South Carolina. Once again, the Bush state campaign was placed in the hands of Gov. Campbell. And this time, Bush’s opponents were not members of Congress or the establishment, but angry populists/nativists like Buchanan and David Duke, the ex-Klansman from Louisiana. Results: Bush 67%, Buchanan 26%, Duke 7%.

Bob Dole may have been the Republican front-runner for 1996, his third bid for the nomination, but his lead was very tenuous. He 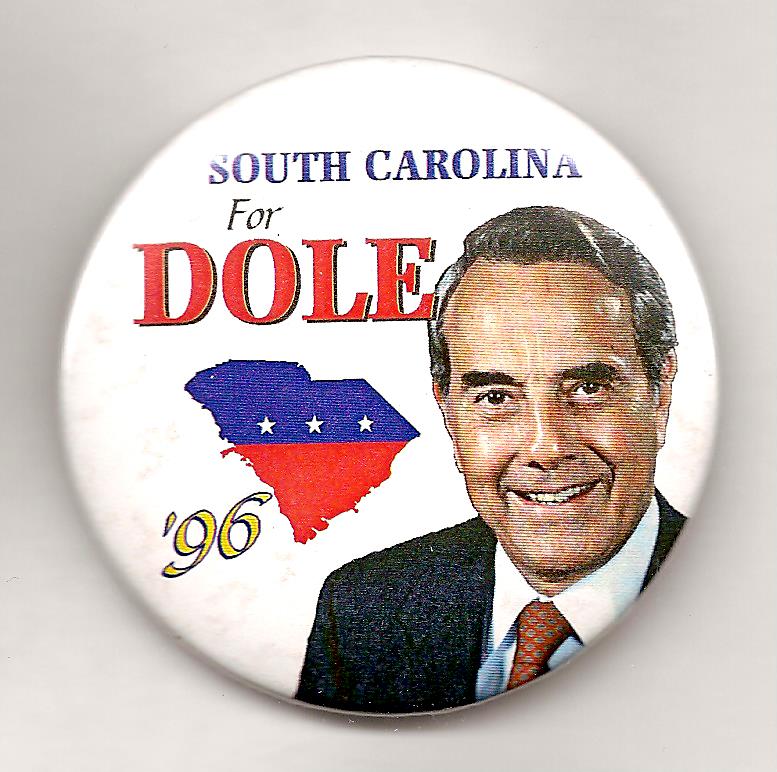 won the Iowa caucuses by a much closer-than-expected margin over Pat Buchanan, and he even lost New Hampshire to Buchanan as well. Steve Forbes, a millionaire magazine publisher, then won the primaries in Delaware and Arizona. Going into South Carolina, it seemed, on paper, that Buchanan could do well, given his opposition to the free-trade policies that he said hurt the state. But there was that “firewall” word again. With the backing of the entire state GOP establishment — ex-Gov. Campbell, then-current Gov. David Beasley and Thurmond — Dole righted his ship and his once-bumpy ride to the nomination straightened out. Results: Dole 45%, Buchanan 29%, publisher Steve Forbes 13%, ex-Tennessee Gov. Lamar Alexander 10%, activist Alan Keyes 2%.

It was like old times: a Bush needing a victory in South Carolina to stop the hemorrhaging. But this time it was a different Bush — George W., the governor of Texas, son of the 41st president and the choice of the party establishment. Trounced by Arizona Sen. John McCain in the New Hampshire primary, there were questions as to whether Bush had the right stuff. But when the contest went south, and into the Bible Belt, there was no question about the outcome. McCain’s Straight Talk turned into Ill-Advised Talk, describing two prominent conservative Christians, Pat Robertson and Jerry Falwell, as “agents of intolerance,” and criticizing Bush’s appearance at Bob Jones University in S.C. The Bush camp effectively spun the McCain attacks as attacks on all evangelicals. But that wasn’t all. Bush supporters passed out leaflets about Cindy McCain’s past addiction to painkillers, and there were “push poll” phone calls claiming that McCain had an illegitimate black lovechild (when in reality the McCains had adopted a daughter from a Bangladesh orphanage). It was the beginning of the end of the McCain campaign. Results: Bush 53%, McCain 42%, Keyes 4.5%.

There was a lot at stake here, for many candidates.  McCain, having again won in New Hampshire, was determined not to see a repeat of what happened to him in S.C. eight years earlier.  Mike Huckabee, the former governor of Arkansas who had won the Iowa caucuses, was hoping that Carolina evangelical voters, who comprised more than half of the primary electorate, would stick with him.  For the most part they did, though McCain picked up about a quarter of the evangelical vote.  Ex-Massachusetts Gov. Mitt Romney, a Mormon whose religion led to a whispering campaign and some dirty tricks by his opponents, focused more on contests in Michigan and Nevada, which he won.  Perhaps nobody needed a boost more than former Sen. Fred Thompson of Tennessee, who hoped the Palmetto State would establish him as a leading Southern conservative.  But he finished a disappointing third and was out of the race three days later.  Results:  McCain 33%, Huckabee 30%, Thompson 16%, Romney 15%, Rep. Ron Paul of Texas 4%, former NYC Mayor Rudy Giuliani 2%, Rep. Duncan Hunter of California 0%.

Romney was back again and the apparent choice of the party establishment this time.  For the longest time he had held a sizable lead in advance of the primary.  But then things started to go south.  His record as a venture capitalist was under assault and his refusal to release his tax records was being badly received.  But more important, Newt Gingrich, the former speaker of the House, was rising in the polls, based on strong performances in a pre-S.C. primary debate.  That evidently helped put him over the top with a surprising upset of Romney, who also suffered a psychological blow a few days earlier with the announcement that a recount in Iowa had given the win to former Pennsylvania Sen. Rick Santorum and not Romney, which had been declared on caucus night.  As it turned out, Romney righted himself ten days later in Florida, and Gingrich’s moment in the sun was over.  Results:  Gingrich 40%, Romney 28%, Santorum 17%, Paul 13%.

March 5 — Louisiana primary.  Caucuses in Kansas, Kentucky (GOP only), Maine (GOP only) and Nebraska (Dem only). 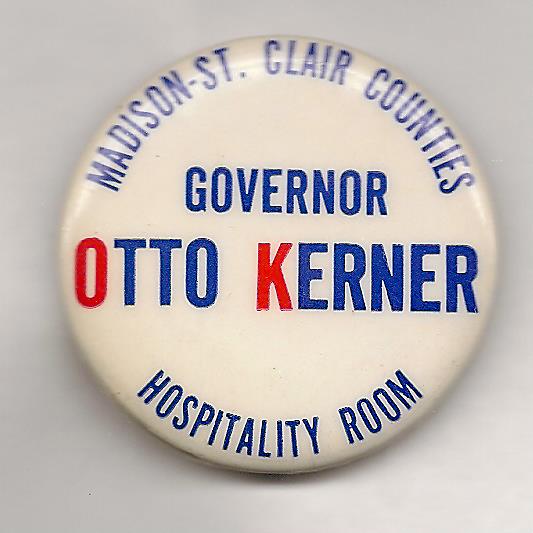