Scott Brown, who electrified the Republican Party when he won the late Ted Kennedy’s (D-Mass.) Senate seat in a 2010 special election, was nominated by President Trump on Thursday to be the U.S. ambassador to New Zealand. 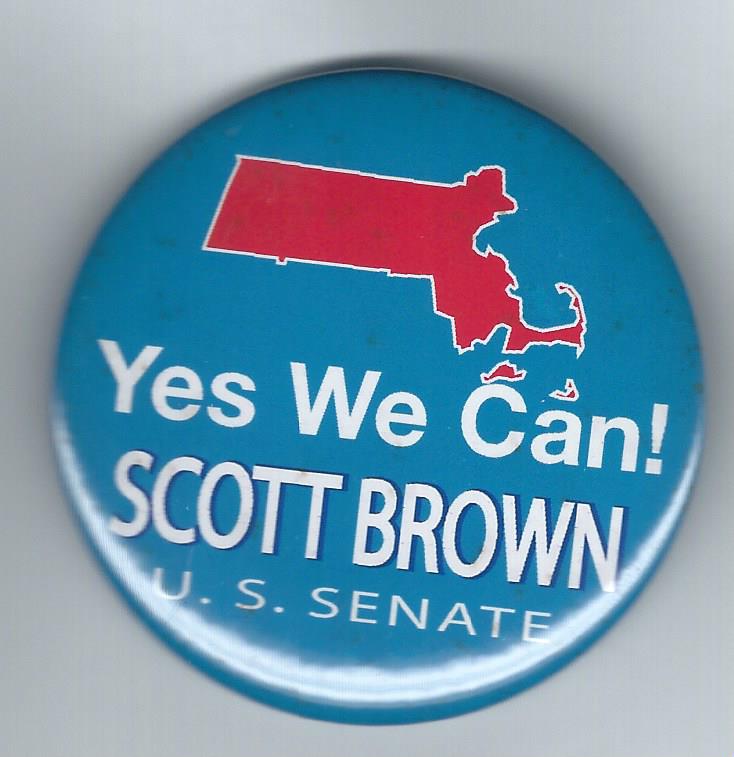 Brown’s Senate career didn’t last particularly long; he was defeated for re-election in 2012 by Elizabeth Warren.  Then he moved to New Hampshire to take on Sen. Jeanne Shaheen (D) in 2014 but lost that race too.  Before he beat Democratic Senate nominee Martha Coakley for Kennedy’s seat in 2010, he served in the state legislature for a dozen years.

Brown will need confirmation by the Senate to get the job, but that is not expected to be a problem.  He was a very vocal supporter of Trump during the campaign, but Sen. Warren has already Tweeted that she supports his nomination.  “You have my support & I’m sure you’ll make the people of MA proud,” she wrote.

(Brown was one of our guests in Episode #137 of the Political Junkie podcast.)

If confirmed, Brown would be the latest in a line of former or defeated politicians to serve as ambassador to New Zealand.  Here’s the list, with their political history:

Robert Hendrickson (R), 1955 (Eisenhower):  Hendrickson was a top member of the New Jersey state legislature when he ran for governor in 1940 and lost.  Eight years later, when a Senate seat became open, Hendrickson ran and won. He intended to seek re-election in 1954, but with polls showing him in trouble and with former Rep. Clifford Case planning to challenge him in the primary, he withdrew from the race.

Anthony Akers (D), 1961 (Kennedy):  Akers, a World War II hero, was narrowly defeated in his two bids to defeat Rep. Frederic Coudert (R-N.Y.) in 1954 and 1956.  Akers tried a third time in 1958, but Coudert, fearing he couldn’t survive a third challenge from Akers, decided to retire.  The Republican nomination went to John Lindsay, who defeated Akers by a comfortable margin.

Armistead Selden (R), 1974 (Nixon):  Selden started his career as an Alabama Democrat.  In 1952, he toppled a Democratic incumbent in the primary to win a congressional seat, a seat he held until 1968, when he decided to run for the Senate but narrowly lost in the primary runoff to Jim Allen.  By the time Nixon appointed Selden ambassador, he had switched to the Republican Party.  After he left his post, he ran once again for the Senate, but again lost the primary, this time on the GOP side, in a landslide to Jeremiah Denton, who in winning the seat became the first Alabama Republican ever popularly elected to the Senate.

Carol Moseley Braun (D), 1999 (Clinton):  She became the first black woman in history (and first black Democrat) elected to the Senate in 1992, when she toppled Sen. Alan Dixon in a three-way Democratic primary — his vote to confirm Supreme Court Justice Clarence Thomas is what got her into the race — and then defeated Republican Rich Williamson in November.  She got into some controversy over a trip she made to Nigeria to meet with dictator Sani Abacha; she later defended his human rights record and her then fiance had been a lobbyist for the Lagos government.  In 1998 she was narrowly defeated after one term by Peter Fitzgerald (R).  After her ambassadorship was over, she sought the 2004 Democratic presidential nomination but dropped out shortly before the Iowa caucuses.  In 2011  she ran for mayor of Chicago but finished fourth.