Here is Part Three of my political obituaries for the year, those who left us between September and December of 2013.  (See Monday’s post for January thru April, and Tuesday’s post for May thru August.)  As I said on Monday, this list doesn’t claim to be complete, but it includes many of those who made our lives more interesting and the world a better place.

Clay Shaw, 74, a Florida Republican who served 26 years in the House until his defeat in 2006.  Shaw, a conservative who worked hard to forge compromises, was first elected in 1980 when he won an open Democratic seat in the Fort Lauderdale area (where he previously served as mayor).  While in Congress he worked to reform the nation’s welfare laws and assist missing and abused children.  Barely winning re-election in 2000 by just 599 votes, he succumbed to the anti-Bush/anti-Republican mood of 2006, losing to Democrat Ron Klein by 3 percentage points. (Sept. 10)

Godfrey Sperling, 97, the longtime Christian Science Monitor journalist who was known for having newsmakers for weekly on-the-record breakfasts. (Sept. 11)

Susan Farmer, 71, a Rhode Island Republican who was elected secretary of state in 1982 and lost a bid for lt. gov. four years later.  With her political career over, she became a leading force in Rhode Island’s public TV network. (Sept. 16)

Dexter Douglass, 83, one of the lead attorneys for Vice President Al Gore during the famous 2000 Florida recount. (Sept. 17)

John Vanderhoof, 91, who as the lt. gov. of Colorado moved up to the top post when Gov. John Love resigned in 1973 to take an energy position in the Nixon administration.  But his bid to stay as governor failed when he lost to Democrat Dick Lamm in 1974. (Sept. 19)

D.J.R. Bruckner, 79, who as a liberal political columnist for the Los Angeles Times he found himself on Richard Nixon’s “Enemies List.” (Sept. 20)

Lee Thornton, 71, who covered the Carter White House for CBS News and who also worked for NPR and CNN. (Sept. 25)

Joe Rogers, 49, a black Republican who was elected lt. gov. of Colorado in 1998 but who was removed from the re-election ticket four years later because of conflicts with Gov. Bill Owens. (Oct. 7)

Rod Grams, 65, who went from being a TV news anchor to serving as a conservative Republican congressman and senator from Minnesota.  He unseated Democratic Rep. Gerry Sikorski in 1992 and then won an open Senate seat two years later.  But he lost his bid for a second term in 2000, losing to Mark Dayton.  He attempted a comeback in 2006 but he lost to then-Rep. Jim Oberstar (D). (Oct. 8)

Sara Fritz, 68, a longtime journalist who covered the White House and Congress for the UPI, U.S. News & World Report, the Los Angeles Times and the St. Petersburg Times. (Oct. 16) 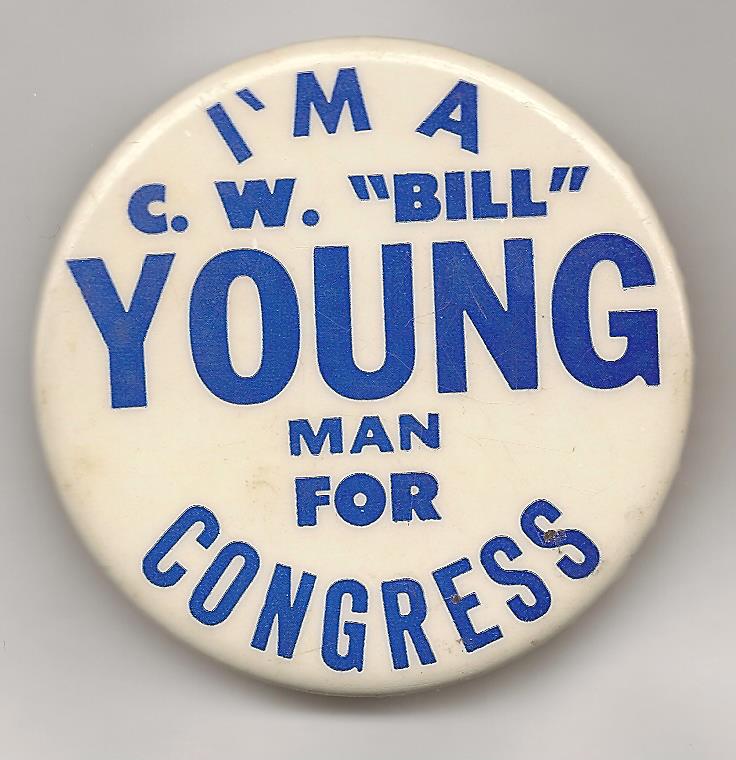 Rep. C.W. Bill Young, 82, a member of Congress from Florida and who at the time of his death was the longest-serving Republican House member.  Elected to the Florida state Senate in 1960 as its only Republican, he succeeded a former boss, GOP Rep. Bill Cramer, when Cramer left the House in 1970 for an unsuccessful run for the U.S. Senate.  A strong supporter of the military, he rose to become chairman of the House Appropriations Committee, a perch that helped him bring earmarks back to his St. Petersburg-based district.  He announced a week before his death that he would not seek re-election in 2014. (Oct. 18) 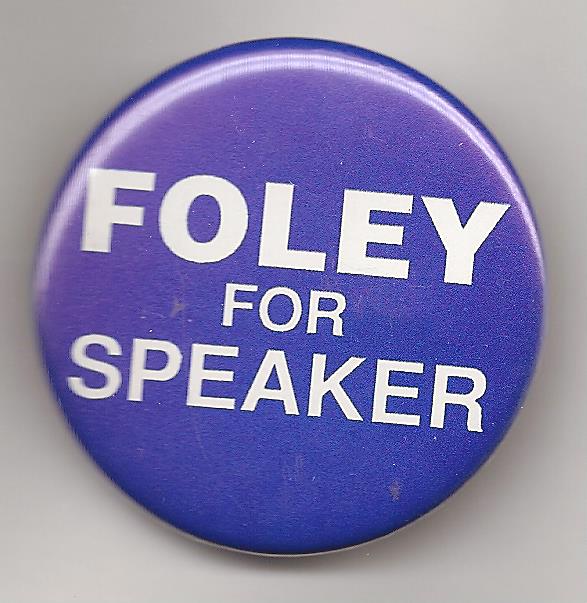 Thomas Foley, 84, who became speaker of the House in 1989 in the aftermath of the ethics-forced resignation of Jim Wright, and who became the poster boy for the Newt Gingrich-led “revolution” with his own defeat in 1994.  An aide to Sen. Henry “Scoop” Jackson, Foley decided to challenge an entrenched House Republican, Walt Horan, in 1964 … and beat him.  Winning consistently but not overwhelmingly in a solidly GOP district in eastern Washington (around Spokane), Foley moved up in the party hierarchy: he became chairman of the House Agriculture Cmte in 1974, headed up the Democratic Caucus in 1976, was selected as Democratic whip in 1981 and, when Wright’s ethical problems forced him to resign in 1989, he became speaker of the House.  In a frenzied time of rampart partisanship and finger-pointing, Foley represented calm and courteousness.  He treated Republicans with respect and worked with the GOP Minority Leader Bob Michel to arrive at bipartisan consensus.  But by 1994, Gingrich and the Republicans were making the case that after 40 years of uninterrupted control of the House, the Democrats had gotten out of touch and corrupt.  With Michel’s retirement and Republicans winning a majority of the seats, Gingrich became speaker.  And the GOP’s biggest prize was Foley’s defeat, in Washington State, to Republican George Nethercutt.  It was the first time a speaker was defeated since the Civil War.  He was later President Clinton’s ambassador to Japan. (Oct. 18) (Note: the button used here is actually from the Republicans — it was distributed in the midst of the Wright affair.)

Major Owens, 77, whose 24 years as a liberal Democratic House member from New York were mostly spent fighting for more federal aid to education.  A state senator from Brooklyn, Owens won the House seat vacated by Rep. Shirley Chisholm (D) in 1982 and served until his retirement in 2006. (Oct. 21)

Bob Fustero, 62, a stock clerk at a Giant Food supermarket who inexplicably won 20% of the vote in the 2002 Democratic gov. primary in Maryland against Lt. Gov. Kathleen Kennedy Townsend. (Oct. 22)

Doug Ireland, 67, a left-wing journalist for the Village Voice and other newspapers/magazines who also managed the successful congressional campaigns of New York Democrats Al Lowenstein and Bella Abzug. (Oct. 26)

Ike Skelton, 81, a defense-minded Democratic member of the House from Missouri for 34 years who chaired the Armed Services Cmte.  Skelton, at the time a state senator, won an open Democratic seat in 1976 and served in Congress until 2010, when he was defeated by Vicky Hartzler (R).  He headed up Armed Services during the four years the Democrats held the House (2007-2010). (Oct. 28)

Bob Shogan, 83, the former chief political reporter for the Los Angeles Times based in D.C. (Oct. 30)

John McCollister, 92, a three-term Republican congressman from Nebraska who failed in a 1976 bid for the Senate.  McCollister upset longtime GOP Rep. Glenn Cunningham in the 1970 Republican primary and served until 1976, when Sen. Roman Hruska (R) announced his retirement.  Considered the favorite to keep the seat in GOP hands, he lost to Omaha Mayor Ed Zorinsky, who only recently left the GOP to become a Democrat.  While in the House he hired Chuck Hagel, later a senator and currently the secretary of defense, as an aide. (Nov. 1)

William Coyne, 77, who served 22 years in the House as a liberal Democrat from Pennsylvania and who rose to become a key member on the House Ways and Means Cmte.  He won an open Democratic seat centered in Pittsburgh in 1980 and served until his retirement in 2002. (Nov. 3)

Jack Hawke, 72, who in his 50 years in politics was a key architect in the growth of the Republican Party in North Carolina but who lost in his two bids for Congress, in 1970 to Nick Galifianakis and in 1972 to Ike Andrews. (Nov. 4)

Joseph Rhodes, 66, a state rep. from Pennsylvania who finished a distant second to Pete Flaherty in the 1980 Democratic Senate primary. (Nov. 7)

Jean King, 87, who was the successful running mate of George Ariyoshi when the Democratic ticket won the governorship of Hawaii in 1978 but who challenged Ariyoshi for his job four years later, losing in the primary. (Nov. 24)

Herbert DeSimone, 84, a one-term attorney general of Rhode Island who was twice the GOP nominee for governor, narrowly losing to Democrats Frank Licht in 1970 and Philip Noel in 1972. (Nov. 27)

Vincent Marchiselli, 85, a former New York state assemblyman from the Bronx who challenged Rep. Mario Biaggi in the Democratic primary; both lost to Eliot Engel, who still serves. (Nov. 29)

Bill Allain, 85, who was elected governor of Mississippi in 1983 despite being the subject of a scandalous campaign that claimed he had sexual liaisons with male prostitutes.  As state attorney general, he was the Democratic gov. nominee in ’83 when Republican businessmen claimed they uncovered male transvestites who said they had sex with Allain.  Allain denied t he accusations, which were never proven.  The effort backfired on GOP nominee Leon Bramlett; Allain won by 16 percentage points.  In office he dramatically increased the number of women and minorities in government positions.  He chose not to seek a second term in 1987. (Dec. 2)

Joe Napolitan, 84, a Democratic campaign consultant and media strategist who almost got Hubert Humphrey elected president in 1968 and who started his career with John Kennedy’s 1960 campaign.  He also played an influential role in Milton Shapp winning the governorship in Pennsylvania in 1970. (Dec. 2)

Rich Williamson, 64, a White House aide under Presidents Reagan and both Bushes, and who was the Republican nominee for the Senate from Illinois in 1992, when he lost to Carol Moseley Braun. (Dec. 8) 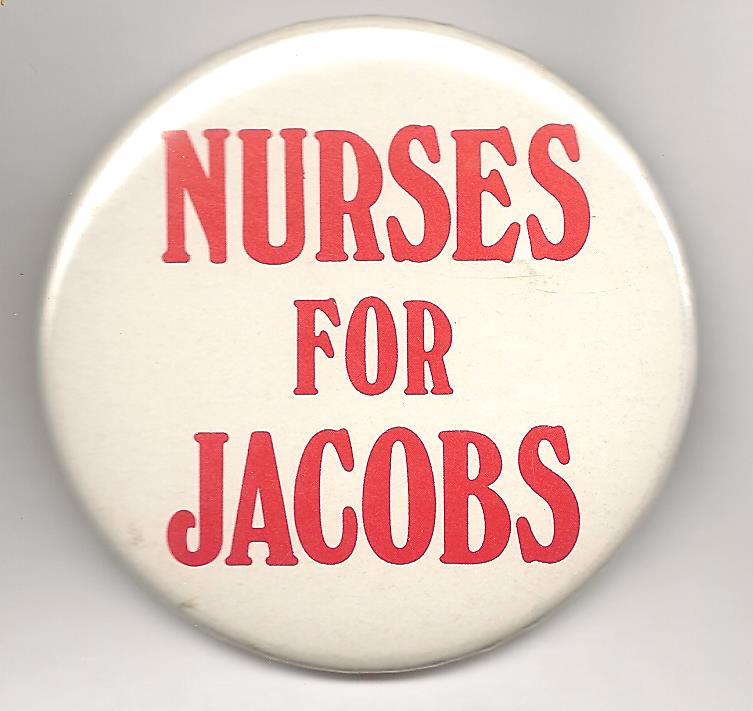 Andy Jacobs Jr., 81, a longtime Democratic congressman from Indiana who was an early foe of the Vietnam War and longtime supporter of civil rights legislation.  Jacobs was first elected to the House in 1964, on his second try, winning in an open Republican seat.  Among his victims in his re-election campaigns was Dan Burton, later a leading conservative GOP congressman from another district, in 1970.  Jacobs lost his seat in the Nixon landslide year of 1972 to William Hudnut.  But if George McGovern hurt Democrats in 1972, Watergate killed Republicans in 1974; that’s when Jacobs came back to defeat Hudnut (later the mayor of Indianapolis) and served until his retirement after 1996.  He was formerly married to Martha Keys, a Democratic House member from Kansas.  His father, Andrew Jacobs Sr., served in the House for one term in 1949-50. (Dec. 28)