Politically, it was a most unsettling year.  No one felt it more than the president of the United States, who began with an inaugural and lofty themes, and who ended 2013 with falling polling numbers, explaining what he meant about you keeping your own insurance plan, and trying to reassure Democrats that 2014 won’t be a disaster.  Republicans didn’t fare much better, with an ill-advised government shutdown in October that handed the party record-low approval ratings.

We can moan all we want about the drop in faith about government and politics.  We can sit here and dread what 2014 will look like insofar as comity and cooperation.  We can even continue to mourn the loss of “Talk of the Nation,” which I still do.

But along with TOTN were other voices we lost in 2013.  The list includes Frank Lautenberg of New Jersey and Bill Young of Florida, longtime citizens of Capitol Hill who served their constituents with honor.  Bill Scranton wasn’t in office long but he is best remembered for his dramatic late-hour challenge of Barry Goldwater at the 1964 convention.  Harry Byrd Jr. was the epitome of conservatism in the Senate, while Cardiss Collins and Bob Edgar were liberal champions.  Tom Foley was a gentle giant of a man who rescued the House when it was erupting in finger-pointing but whose later defeat embodied the change that was about to come.  There was nobody like Ed Koch, for better or worse, and he made sure you knew that.  And everybody couldn’t help but love Lindy Boggs.

For three days this week — Monday, Tuesday and Thursday — we are going to present a chronological list of those who died this year. It doesn’t claim to be complete, but it includes many of those who made our lives more interesting and the world a better place.
We’ll start today with those who left us between January and April.  (Tuesday’s post will include May thru August, and Thursday’s will have September thru December.)

Andrew O’Rourke, 79, a New York Republican from Yonkers and longtime Westchester County Executive who was the longshot GOP gov. nominee against incumbent Mario Cuomo in 1986, losing by more than 2-to-1. (Jan. 3)

John Ingram, 83, the former commissioner of insurance of North Carolina who was the Democratic nominee for the Senate in 1978, when he lost to GOP incumbent Jesse Helms.   He also sought the Senate nomination in 1986 and 1990, as well as the governorship in 1984, but lost in the primary each time. (Jan. 6)

Richard Ben Cramer, 62, a journalist and author of the widely praised “What It Takes: The Way To the White House,” an insider’s look at the 1988 presidential campaign that focused on six candidates: Gary Hart, Bob Dole, Joe Biden, Michael Dukakis, Richard Gephardt and George H.W. Bush. (Jan. 7)

Eugene Patterson, 89, who as the editor of the Atlanta Constitution during the 1960s used his editorial page and columns to fight for civil rights and battle segregation. (Jan. 12)

Rodney Cook, 88, a pro-civil rights Georgia Republican who unsuccessfully ran for mayor of Atlanta in 1969 (losing to Sam Massell) and governor of Georgia in 1978 (losing to Dem incumbent George Busbee).  He also served in the state House of Representatives and chaired the Georgia GOP. (Jan. 13)

Craig Lewis, 68, a 20-year member of the Pennsylvania state Senate (1975–1995) who sought the Democratic Senate nomination in 1980 but finished 6th in the primary won by Pete Flaherty.  He also unsuccessully challenged state Auditor General Barbara Hafer (R) in 1992. (Jan. 13)

Barbara Leonard, 88, the 1984 GOP Senate nominee in Rhode Island who lost to Democratic incumbent Claiborne Pell and who later served as R.I.’s secretary of state. (Jan. 24) 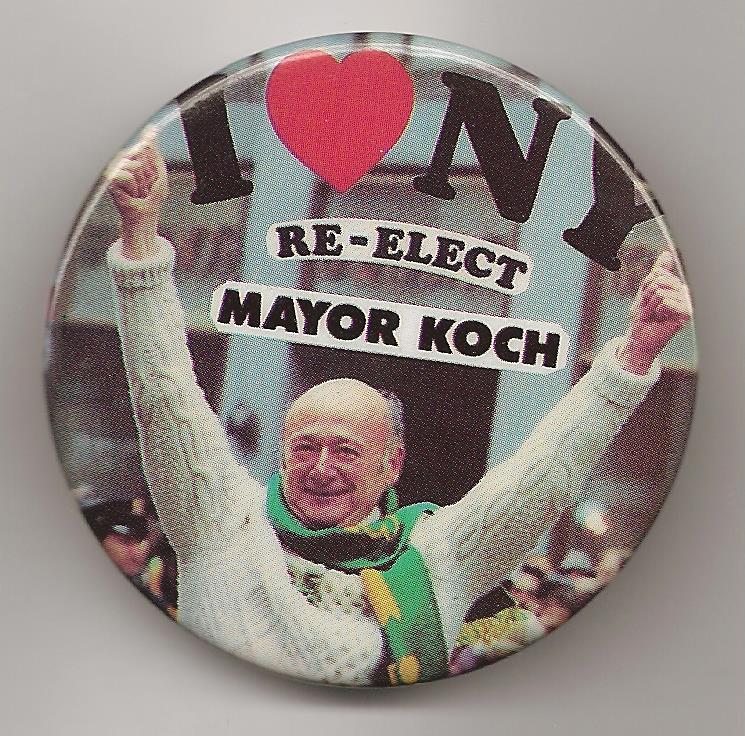 Ed Koch, 88, the colorful, bombastic and pugnacious three-term mayor of New York City who managed to win both the Democratic and Republican primaries in his 1981 re-election contest but whose act wore thin by 1989, falling in a 4th term bid in the Dem primary to David Dinkins, who went on to become the city’s first black mayor.  Koch was a leader in the “reform” Democratic movement in Greenwich Village in the early ’60s and served on the NYC council.  In 1968, he won a historically Republican congressional seat from Manhattan’s upper East Side, and went on to become one of the most liberal members of the House.  He made a brief attempt at the mayoralty in 1973, but plunged in for real in 1977, topping Mario Cuomo, Mayor Abe Beame and former Rep. Bella Abzug in the Democratic primary, and beating Cuomo in the runoff.  That runoff became especially ugly, as Cuomo supporters put up signs that read, “Vote for Cuomo, Not the Homo” — a reference to rumors about the unmarried Koch’s sexual orientation.  Koch and Cuomo clashed again in 1982, when Gov. Hugh Carey (D) decided to retire and they hoped to succeed him.  Koch was initially the favorite, but an interview in Playboy magazine, where he dismissed upstate New Yorkers, hurt his cause; Cuomo, by then the lt. gov., won in an upset.  Back to Koch:  A landslide re-election winner again in 1985, his administration was hit with corruption scandals, and while he was never personally implicated, his reputation took a hit.  He also alienated black voters by his attacks on Jesse Jackson during the New York 1988 Democratic presidential primary.  The following year he was defeated by Dinkins. (Feb. 1)

Cardiss Collins, 81, who won a special 1973 House election to fill the seat left vacant by the death of her husband, Rep. George Collins, in an airplane crash, and who went on to become one of the leading members of the Congressional Black Caucus.  Running at the behest of then-Chicago Mayor Richard J. Daley, Collins became a leading spokesperson for issues dear to women and minorities.  She also served as chair of the CBC.  When she retired after 1996, she was the longest serving black woman in Congress. (Feb. 3)

Essie Mae Washington-Williams, 87, who after the 2003 death of South Carolina Sen. Strom Thurmond, a former rabid segregationist, came forward to say she was the product of a 1925 affair between Thurmond, not yet in public office, and her mother, a teenage maid in the Thurmond household. (Feb. 4)

Dawn Clark Netsch, 86, who served as Illinois state comptroller and later won an upset victory in the 1994 Democratic gov. primary, where she defeated Atty. Gen. Roland Burris and Cook Co. Board Prez Richard Phelan.  And she made history of sorts by naming another woman, state Sen. Penny Severns, as her lt. gov. running mate.  But they got crushed in the general election by GOP incumbent Jim Edgar. (March 5)

George Burditt, 90, the 1974 Republican nominee for the Senate in Illinois who got clobbered by Dem incumbent Adlai Stevenson III. (March 12)

Odis Echols, 82, a former New Mexico state senator who sought the Democratic nomination for governor in 1974 but finished third in the primary won by Jerry Apodaca. (March 28)

Robert Remini, 91, the former official historian of the U.S. House (2005-2010) who also wrote biographies of Andrew Jackson (three volumes) and others. (March 28)

William Ginsburg, 70, the attorney for Monica Lewinsky during the Clinton scandal who broke a record of some sort by appearing on all five Sunday political talk shows on the same day, Feb. 1, 1998. (April 1)

Bill Royer, 92, a California Republican who won an upset victory in a 1979 special election to succeed the late Rep. Leo Ryan (D), who was killed in Jonestown, Guyana.  But Royer’s hold on the seat lasted only until 1980, when he was defeated by Democrat Tom Lantos. (April 8)

Bob Perry, 80, a Texas homebuilder who was a leading donor to Republican and conservative causes and was the largest contributor to the “Swift Boat” ads that attacked 2004 Dem presidential nominee John Kerry. (April 13)

Charlie Wilson, 70, a former two-term Democratic congressman from Ohio who made news when, during his first campaign in 2006 — to succeed gov. candidate Ted Strickland (D) — he failed to gather enough signatures to make it onto the primary ballot.   (All he needed was 50 valid signatures and he didn’t get them.)  He won the nomination in a write-in effort, and then won the general that year and again in 2008.  He was defeated in 2010 by Republican Bill Johnson and again in 2012. (April 14)

Seth Taft, 90, a liberal Ohio Republican and member of the famed Taft family who was the unsuccessful GOP nominee for mayor of Cleveland in 1967 against Carl Stokes, whose victory made him the first black mayor of a major U.S. city.  Taft also sought the governorship in 1982 but lost the primary to Rep. Clarence “Bud” Brown.  Let the record show that Taft came to a “Talk of the Nation”/Political Junkie event in Cleveland in 2010. (April 14)

Joseph Yeldell, 80, who served under several mayors of Washington, D.C., and who twice ran unsuccessfully for D.C. delegate to Congress. (April 15) 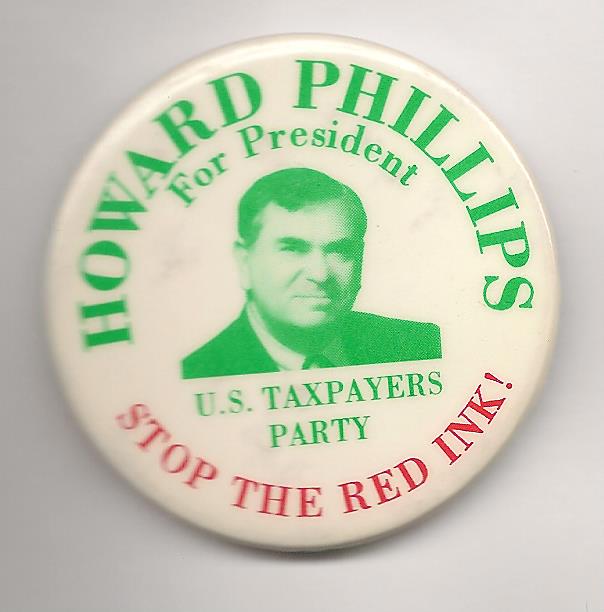 oward Phillips, 72, a leader in Republican and conservative causes in the 1970s who was a three-time candidate for president on his U.S. Taxpayers Party (later the Constitution Party) ticket, in 1992, 1996 and 2000.  President Nixon appointed him to head up the Office of Economic Opportunity for the purpose of shutting down social programs the OEO was responsible for; he eventually resigned the post after concluding that Nixon wasn’t going to fight to end the programs.  He drew disillusioned with Presidents Reagan and Bush as well; he once called Reagan a “useful idiot for Soviet propaganda.”  In 1970 he was the GOP nominee against Rep. Mike Harrington (D-Mass.), getting 38% of the vote.  In 1978 he ran as a Democrat in order to oppose liberal GOP Sen. Ed Brooke, but finished a weak fourth in the primary won by Paul Tsongas. (April 20)

Bob Edgar, 69, a Methodist minister and one of the “Watergate babies” elected to the House in 1974, who served in Congress until 1986, when he made an unsuccessful bid for the Senate against Arlen Specter.  Edgar, a Pennsylvania Democrat, won a historically Republican House seat in the Philadelphia suburbs in ’74, taking advantage of the Watergate scandal and a split in the GOP ranks.  He became one of Congress’ most liberal members.  After losing to Specter, he headed up Common Cause and the National Council of Churches. (April 23)

Tomorrow:  May thru August.