The retirement announcement of Senate Minority Leader Harry Reid was deservedly front-page news, but it’s hard to make the case that it was a surprise. 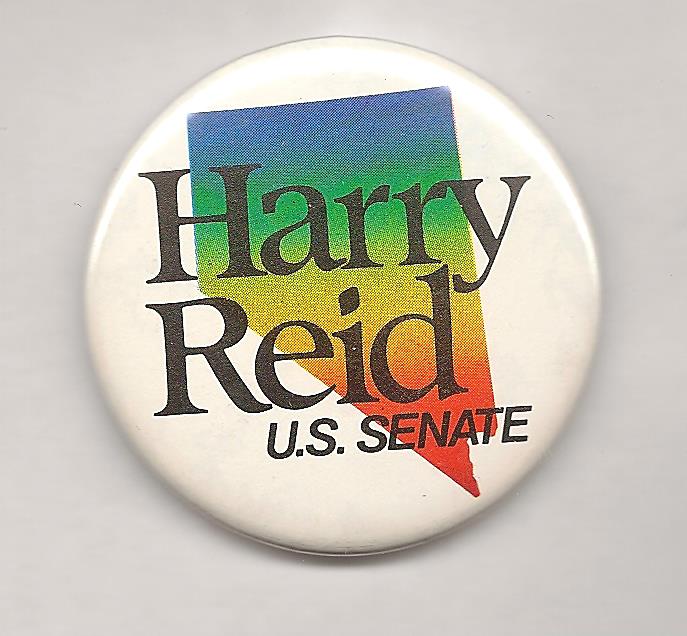 The 75-year old Nevada Democrat suffered serious eye and facial injuries in a New Year’s Day exercise accident, his numbers at home were not great and, for the first time, there has been open disenchantment among his fellow Democrats about his leadership.

Let’s take these factors one at a time.  The accident, which occurred while he was exercising at home, was serious.  He broke bones in his face and seriously injured his right eye, impairing his vision.  But his numbers, in Nevada and in Washington, have long been troublesome.  A Harper Polling survey from last summer  showed Reid with 41% favorable, 55% unfavorable job ratings.  His numbers were similarly weak back in 2010, when he ran for a fifth term and was thought to be ripe for the taking.  But the Republicans saved his political career by putting up tea party favorite Sharron Angle, whose propensity for controversial statements doomed her candidacy from the start.

And after the 2014 midterms, in which the Democrats lost nine Senate seats and their majority in the process, more party colleagues openly criticized Reid’s leadership.  Yes, he was re-elected as leader, but an unprecedented six Democratic colleagues publicly said they voted against him, with hints that the total number was even higher.  He may have lost his majority but he nonetheless remained a fighter, doing whatever he could to stymie the Republicans’ agenda. 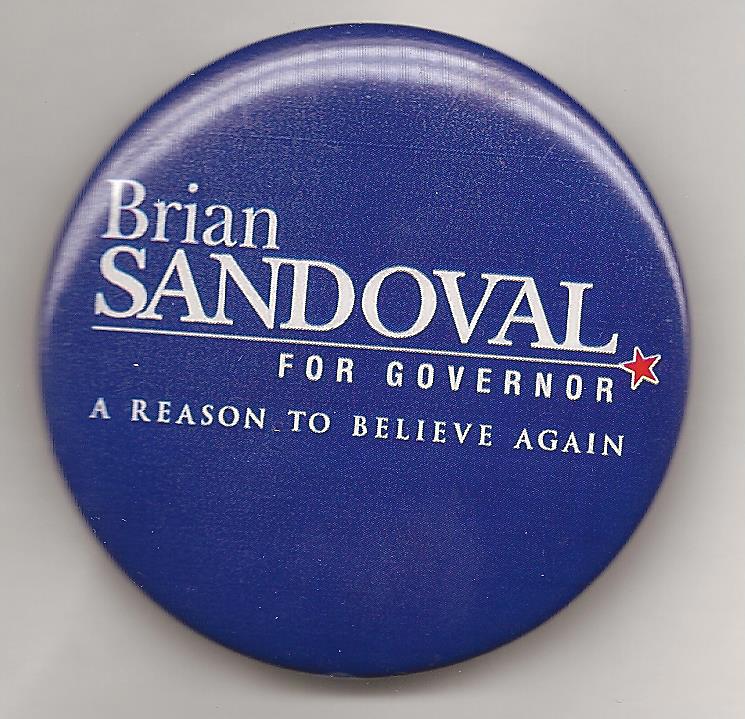 Still, Republicans were prepared for another shot at him in 2016.  Gov. Brian Sandoval (R), who was re-elected last year with an astounding 71% of the vote, was touted as a likely challenger to Reid — if Reid were to run again.  As we wrote in our January 18 column, “if Reid stays in the race, the guess is that Reid loses.  But not everyone is convinced Reid runs.”  (The Harper Polling numbers had Sandoval beating Reid 53-43%.)

But with Reid now gone, some are wondering if the GOP advantage is still there.  Sandoval has given mixed signals about his interest in coming to Washington.  And his recent budget proposals, which included calls for higher taxes and spending, might turn off too many conservatives for him to be viable.  But he remains very popular.  When he first was elected governor, in 2010, his opponent was Reid’s son Rory.  And in 2014, when all the attention in the Silver State was on the lieutenant governor’s race — the winner would succeed Sandoval if he opted for the Senate next year — both Reid and the Republicans poured in a ton of money to influence the outcome.  Sandoval’s choice, Mark Hutchison, beat Reid’s pick, Lucy Flores, by a whopping 60-34% margin.

Ralston says the leading Democratic candidate is former Attorney General Catherine Cortez Masto, who apparently is the choice of Reid and the party establishment: “If she runs, Masto is the favorite. She has an impressive resume, can tap into the Hispanic/female vote and will benefit from the Reid Machine, which will be far from dormant as its eponymous creator will take pride in ensuring his chosen successor takes his place.”  But, Ralston adds, “Masto is not a dynamic campaigner” and “has never been tested in a white-hot crucible like a nationally watched U.S. Senate race.”

Follow the Leader.  Reid has been the majority leader since 2004, following the defeat of Tom Daschle (D-S.D.).  Here’s a quick look at the fate of other Democratic Senate leaders since the 1950s:

Ernest McFarland (Ariz.):  He didn’t last too long in the leadership either.  In 1952, as the Republicans were winning a majority in the Senate, McFarland lost his seat to Barry Goldwater (R).

Lyndon Johnson (Texas):  He replaced McFarland after 1952 and became the majority leader when the Dems took control of the Senate in the 1954 elections.  He served until 1960, when he was elected vice president on the ticket led by John F. Kennedy.

Mike Mansfield (Mont.):  He served from 1961 until his retirement after 1976, becoming the longest-serving Democratic Senate leader in history.

Robert Byrd (W.Va.):  Byrd, who defeated Ted Kennedy in a memorable contest for Senate Whip in 1971, succeeded Mansfield after 1976.  He stepped down as leader after 1988 though remained in the Senate (until his death in 2010).

George Mitchell (Maine):  He was Democratic leader until his retirement in 1994, the year the Republicans won back the Senate for the first time since 1952.*

Harry Reid (Nev.):  He had been Whip since Wendell Ford (Ky.) retired in 1998, and held the leadership since Daschle’s defeat in ’04 (and became majority leader after the big Democratic gains in 2006).  His likely successor is Charles Schumer of New York, currently the number three in the Democratic Senate leadership.  Dick Durbin of Illinois, who has been Whip as long as Reid has been Leader, has also endorsed Schumer.

*CORRECTION:  The GOP last won the Senate in 1980 and lost it six years later.  Thanks to Joshua Rokach for the catch.

Wherefore Art Thou Rubio:  Sen. Marco Rubio of Florida is scheduled to announce his bid for the Republican presidential nomination on April 13.  By making this announcement, he is likely to give up the Senate seat he won in 2010.  (Unlike Rand Paul of Kentucky, who is expected to announce 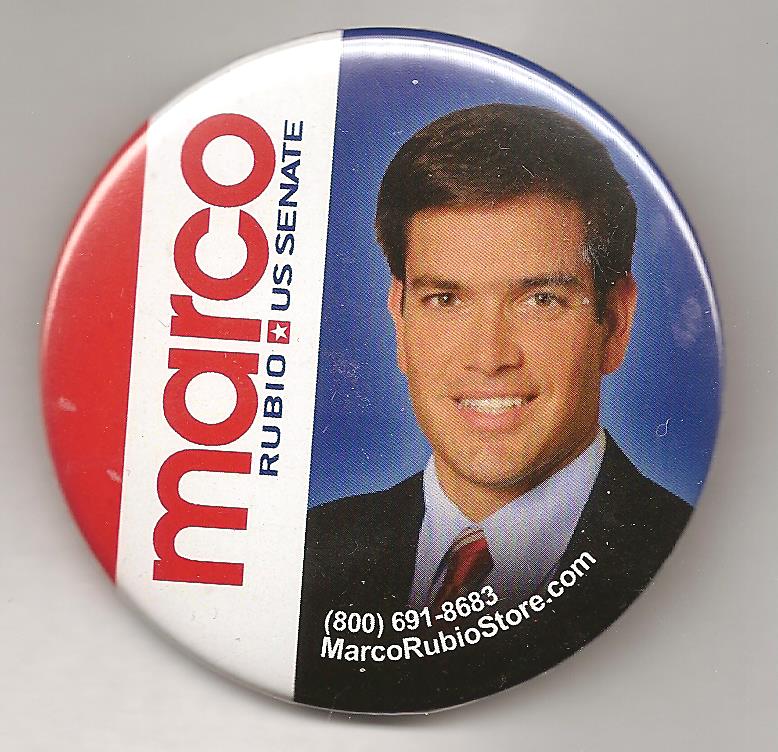 his own presidential bid on April 7 while running for the Senate at the same time — a bit of juggling some dates may be required — Rubio said he would not run for both in 2016.)  Assuming Rubio does leave the Senate, his seat suddenly becomes up for grabs.  The likely Dem favorite is Rep. Patrick Murphy, a 31-year old moderate from northeast Palm Beach who unseated conservative firebrand Allen West (R) in 2012 and who has already announced for the seat.  He has been a strong fundraiser who comes from a wealthy family.  He’s also a former Republican who contributed to Mitt Romney’s presidential effort in 2008.  Rep. Alan Grayson (D), a liberal firebrand, is also talking about running but is not seen as a serious candidate.  Rep. Debbie Wasserman-Schultz, the chair of the Democratic National Committee, and former Gov. Charlie Crist, a former Republican, considered but ultimately rejected runs for Rubio’s seat.

The Republican field is likely to be in flux, with Lt. Gov. Carlos Lopez-Cantera and state Chief Financial Officer Jeff Atwater seen as leading contenders.

2 thoughts on “Reid Gives Up Senate Seat; Rubio Is Next”