Rand Paul has a dilemma.  The first-term Republican senator from Kentucky is a clear favorite for re-election next year.  But he also wants to run for president as well.  The rub?  State law prohibits him from seeking more than one post at the same time.

(Marco Rubio of Florida is in the same predicament: the conclusion of his Senate term and the 2016 presidential race coincide.  But he has said he will NOT seek to run for both, and is thought to be leaning towards the White House bid.) 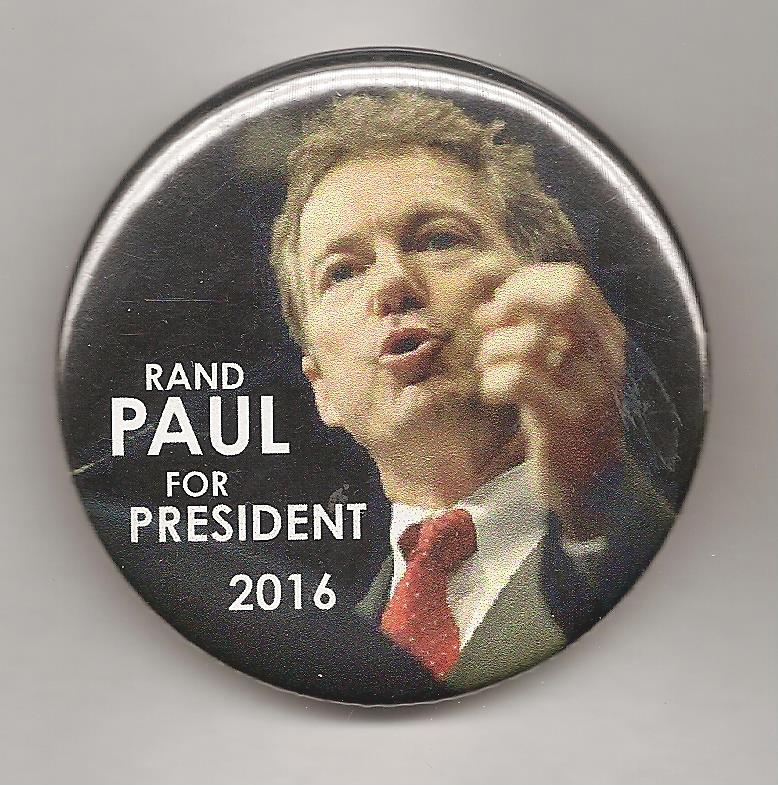 Both the presidential and Senate primary in the Bluegrass State tentatively take place on May 17, 2016.  Theoretically, the state legislature could change the law — as Texas lawmakers did for Lyndon Johnson in 1959 — to allow Paul to run for both.  But the Democratic-controlled state House in Frankfort is not about to do him any favors.

His solution?  Get the state GOP to agree to move the presidential primary to a caucus in March — solving the “two positions at the same time” conflict.

With the support from his fellow Kentucky Republican — Senate Majority Leader Mitch McConnell — Paul’s plan is likely to be enacted, especially since Paul promises to pay for the caucus, which is expected to cost around a half million dollars.  (Unlike a primary, which is paid for by the state, a caucus is financed by the individual political parties.)  The Kentucky GOP is expected to ratify the change fairly soon.

Paul, however, is not completely out of the woods, as Al Cross, the Louisville Courier-Journal columnist and director of the  Institute for Rural Journalism and Community Issues at the University of Kentucky, explained in this week’s Political Junkie podcast.  Alison Lundergan Grimes, the secretary of state (and unsuccessful Democratic Senate nominee against McConnell last year), says she will fight any effort by Paul to run for both offices next year.

Even if Paul could avoid the conflict if the presidential contest became a March caucus, what if — and it’s a big “if” — but what if he becomes the presidential (or VP) nominee?  Can the GOP replace him with another candidate on the Senate ballot?  Cross suspects not, saying that state law “forbids the replacement of a candidate unless he or she has died, become disqualified or suffered a severe or disabling condition.”  That’s another worry for the Republican Party and especially for McConnell, who knows that the numbers favor Democratic Senate pickups in 2016.

It’s likely that the courts are going to have to resolve this, should it come to it.

It would solve a lot of Paul’s worries if Kentucky had a Republican legislature.  Then lawmakers could have done for him what Texas lawmakers did for LBJ did on April 27, 1959.  On that day it passed a bill that would permit a candidate to run for the U.S. Senate while simultaneously seeking the presidency or vice presidency. It just so happens that Johnson, the Senate majority leader, was up for re-election in 1960 and was clearly thinking about running for president as well.  The bill, which came to be known as the “LBJ Law,” enabled Johnson to run for re-election to the Senate in ’60 — where he defeated Republican John Tower, a college professor — and pursue the Democratic presidential nomination. When Sen. John F. Kennedy beat him out for the latter job, he was picked as Kennedy’s running mate.  Johnson was victorious in both quests in November.

After Johnson resigned his Senate seat, Tower won the special election to replace him, becoming the first Texas Republican senator since Reconstruction.

In 1964, Arizona Sen. Barry Goldwater had the option to run for both as well.  But when he became his party’s national standard bearer, he decided to give up a claim on his Senate seat.  “Having received the Republican nomination for the presidency,” Goldwater wrote, “I do not feel it proper for me to run for the United States Senate at the same time, even though our state law permits this.” Republican Gov. Paul Fannin, a strong Goldwater ally, won the seat.

That’s not the path other senators have taken in the decades since.  Lloyd Bentsen (D) also benefited from the LBJ Law in 1988, running for a fourth Senate term in Texas and the vice presidency as Michael Dukakis’ running mate at the same time.  He lost the latter campaign but won re-election to the Senate.  Similarly, Sen. Joe Lieberman (D-Conn.) ran for re-election in 2000 while also Al Gore’s choice for VP.  Like Bentsen, he was defeated on the presidential ticket but was returned to the Senate.

It’s trickier with House members, because they are up every two years, and so their ability to remain in Congress should they lose on the national level always depended on state law.  John Nance Garner, the Texas Democrat who was speaker of the House, was re-elected in 1932 while at the same time winning the vice presidency on the ticket led by Franklin D. Roosevelt.  (In retrospect, Garner, who said being VP was not “worth a bucket of warm piss,” no doubt wished he remained as speaker.) 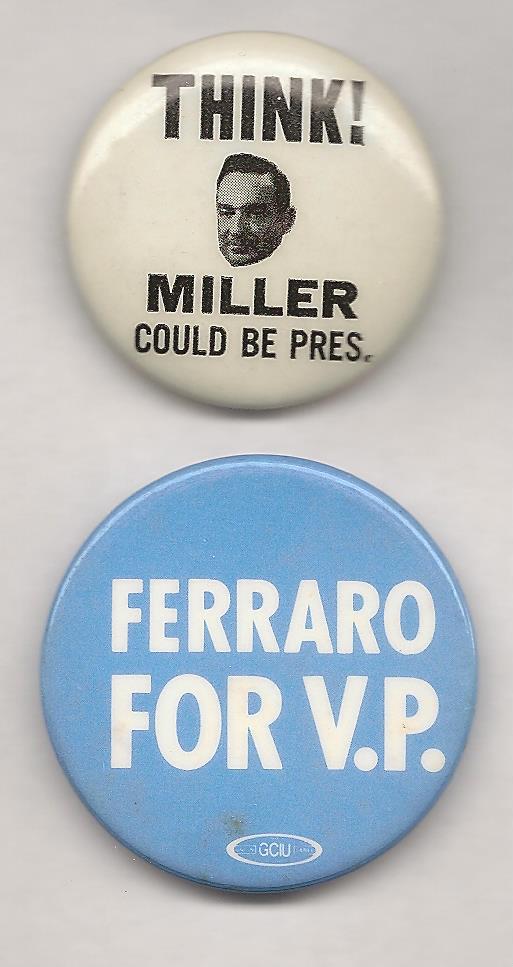 In 1964, Goldwater picked Rep. William Miller (R-N.Y.), the chairman of the National Republican Congressional Committee, as his running mate.  But with Miller there was no conflict because he had already announced he was not seeking re-election to the House.  In any event, New York law forbids such dual candidacies — which is why Rep. Geraldine Ferraro (D-N.Y.), Walter Mondale’s running mate in 1984, had to give up running again for Congress in her Queens district.

Wisconsin law is more forgiving, and thus Rep. Paul Ryan (R), who was on Mitt Romney’s ticket in 2012, was allowed to also run to keep his House seat, which he did successfully.

Open House seats.  The announcement that Rep. Aaron Schock (R-Ill. 18) is quitting as of March 31 in response to investigations into his spending habits means that there will be three vacancies in the House.  Here’s the latest on all three:

Illinois 18:  The dust still hasn’t settled since the March 17 announcement by Schock, who has been the subject of continuous and often embarrassing coverage over how he decorated his House office (“Downton Abbey!”) and how he spends his money.  He’s still a possible target of federal investigators as well.  The first candidate to jump in the upcoming special election is Darin LaHood, a state senator since 2011 who is the son of Schock’s predecessor, Ray LaHood.  Ray LaHood has long been a darling of the media but never of the more conservative wing of the party, and certainly not after he joined the Obama Cabinet as transportation secretary.  The Chicago Tribune’s Monique Garcia and Jessie Hellmann write that while that could be a hindrance to Darin’s chances, “the younger LaHood is considered more conservative than his father.”  Other potential Republican candidates (in this solid GOP seat) are former state Rep. Jil Tracy (an unsuccessful LG candidate in the 2014 primary), state Rep. Dan Brady and homebuilder Ed Brady (no relation).  Ed Brady’s brother, state Sen. Bill Brady (the 2010 GOP gov. nominee), briefly considered running but ultimately decided against it.  Once Schock’s resignation becomes official (March 31), Gov. Bruce Rauner (R) will have five days to set a special election that will take place no later than July.

Mississippi 01:  Rep. Alan Nunnelee (R) died of a brain tumor on Feb. 6.  He had been in the House since he knocked off Democratic incumbent Travis Childers in 2010.  The special election is May 12; all candidates run on the same ballot, regardless of party.  If no one receives a majority, a runoff will be held on June 2.  Thirteen candidates are already in the running and, with the deadline to file coming up on March 27, the list may not be complete.  Thus far, state Rep. Chris Brown has announced, and among the potential candidates are state Transportation Commissioner Mike Tagert, Itawamba County prosecutor Chip Mills and businessman Quentin Whitwell.  All are Republican in a district that is widely expected to stay in GOP hands.

New York 11:  Rep. Michael Grimm (R), who while under indictment on corruption charges was nonetheless re-elected last November, pleaded guilty in December for felony tax fraud and committing perjury.  He resigned his seat effective Jan. 5.  The GOP candidate in the May 5 special election, Staten Island District Attorney Dan Donovan, is favored to defeat the Democrat, NYC Councilmember Vincent Gentile of Brooklyn.  Donovan is widely known for failing to bring a grand jury indictment against a NYC policeman in the choking death of Eric Garner. 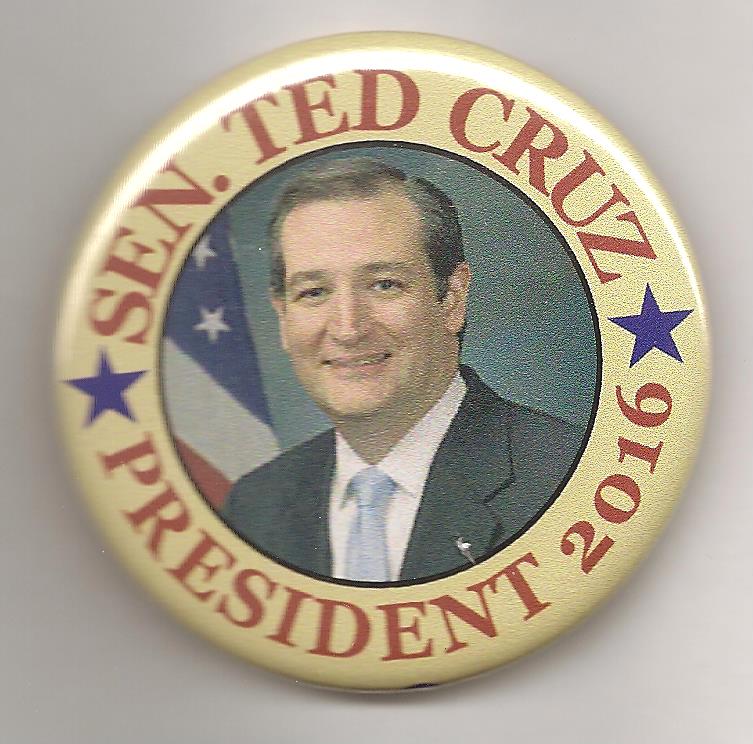 Cruzing to the White House?  Sen. Ted Cruz of Texas will declare his candidacy for the Republican presidential nomination on Monday, March 23, the first to officially do so from either party.  If nominated, Cruz — who was born in Canada — would be the first presidential candidate to have been born outside the U.S. since John McCain (R-2008), who was born in the Panama Canal Zone.  For all the debate over the Constitution’s definition of a “natural-born citizen,” you could at least make the case that the Canal Zone was still a territory of the U.S. when McCain was born there in 1936 (and to American parents who were there on military assignment).  Cruz was not only born in Canada — which many people consider a separate country — he was born to a Cuban father (and an American mother), and that is bound to test the “natural-born” definition.  Or at least those who have questions.  Remembering the years-long controversy about Barack Obama and his birth in the foreign nation of Hawaii (to a Kenyan father and an American mother), we’ll see if Cruz’s eligibility becomes similarly contentious.

May 12 — Special election in Mississippi’s 1st CD to replace the late Rep. Alan Nunnelee (R), who died on Feb. 6.  Runoff, if necessary: June 2.

May 19 — Primaries for Kentucky governor and Philadelphia mayor. 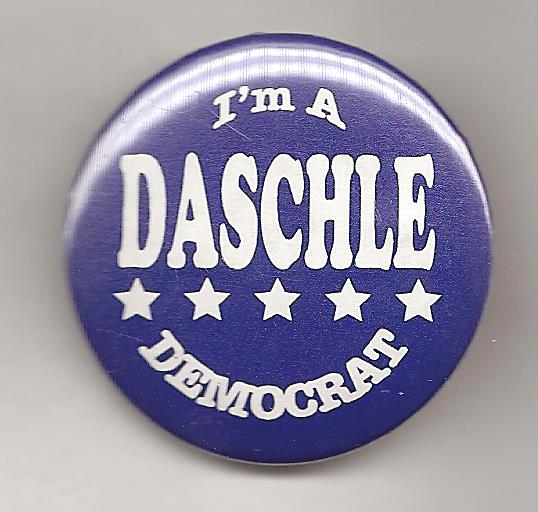 This Day In Political History:  South Dakota’s Tom Daschle becomes the first to declare for the post of Senate Democratic leader, which is being vacated by the retiring George Mitchell of Maine.  Daschle, in the Senate since 1987, is considered a close Mitchell ally (March 23, 1994).  One of his challengers for Mitchell’s job, Jim Sasser (D-Tenn.), will be defeated for re-election in November, along with the Democrats’ majority.  Chris Dodd of Connecticut will get into the leadership race late but fall just one vote short, losing to Daschle 24-23 in the December contest.