He has a solid campaign organization, tons of money, and even the president of the United States in his corner. 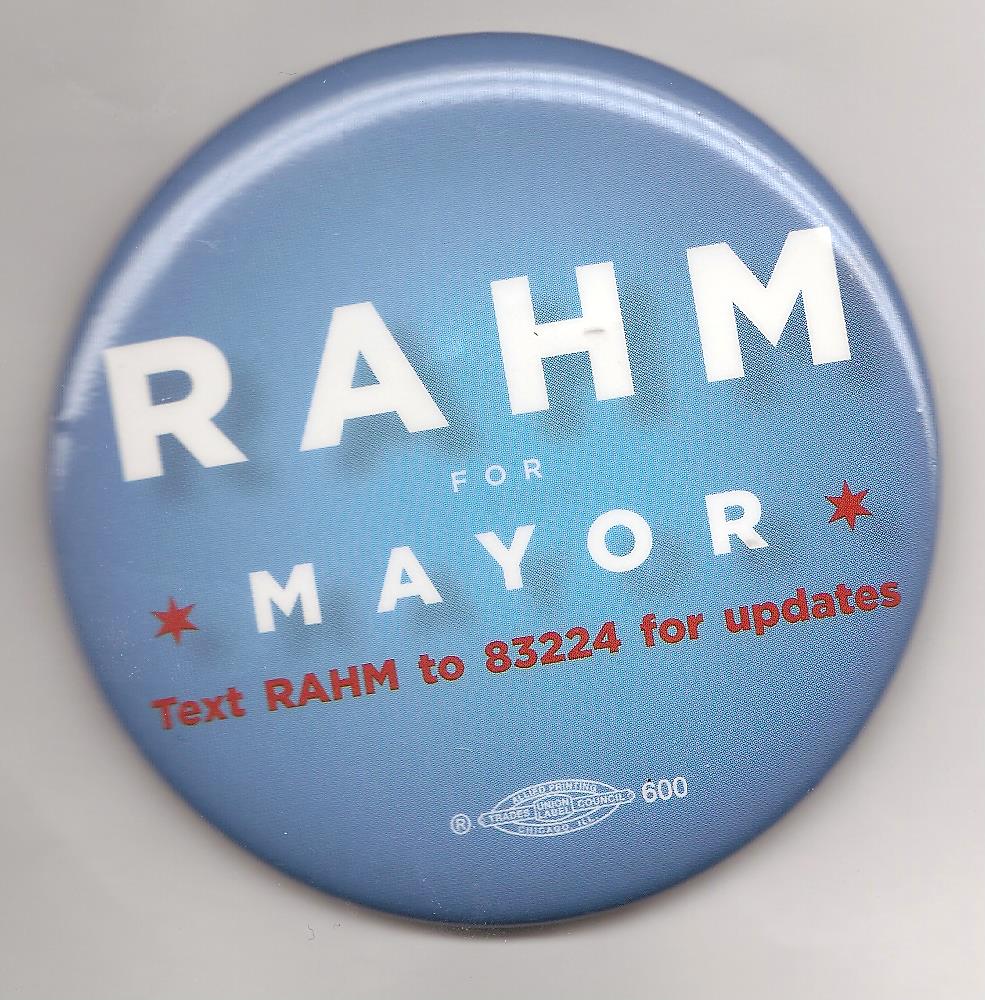 But if reports are to be believed, Rahm Emanuel is running scared in his bid (on Tuesday, Feb. 24) for a second term as mayor of Chicago.  Not that anyone thinks he will finish anywhere but first.  But if he fails to get 50% of the vote, he will be forced into an April runoff with whomever comes in second.  And runoffs, we’ve learned, can be unpredictable.

Four years ago, when Richard M. Daley decided to step down after 22 years as the city’s longest-serving mayor — breaking his own father’s record in the process — Emanuel jumped at the opportunity to succeed him.  A former Bill Clinton aide who was elected to Congress in 2002 from Illinois’ 5th District (the seat that was being vacated by gubernatorial candidate and not-yet-felon Rod Blagojevich), he quickly rose through the ranks.  He chaired the DCCC during the Democrats’ takeover of the House in 2006 and was rewarded by becoming chair of the Democratic Caucus under Speaker Nancy Pelosi.  He was on his way, some thought, to becoming Congress’ first Jewish speaker, but he was talked into leaving the House to serve as the newly-elected President Obama’s chief of staff.  In October 2010, one month before the Tea Party helped put Republicans back in control of the House, Emanuel left the administration and headed to the Windy City.

A fair reading of Emanuel’s four years as mayor is that it’s been mixed.  He’s battled the teachers’ unions, closed nearly 50 public schools and was accused, with some merit, of focusing more on luring business to the city than on the struggling poor neighborhoods.  For much of his term crime has been up, and murders rose to 504 in 2012 (though that number dropped to 407 in 2014, the fewest in more than four decades).  There’s still a pension crisis, which helped unseat Gov. Pat Quinn (D) last year and shows little signs of abating.  But new jobs have been created, schools are reporting higher graduation rates, and both of the city’s newspapers — the Tribune and the Sun-Times — have endorsed him, as has Rep. Bobby Rush, an African-American who challenged Daley in 1999.  But there is still a considerable number of black voters who are wary about the prospect of Emanuel for four more years.  Blacks have not had much to cheer about since Harold Washington died in office in 1987, but for the most part they warmed to Daley over the years (see “Chicago’s Long Running Daley Show,” Political Junkie, 2/21/07).  It’s been more of a struggle with Emanuel.

On Tuesday he faces four candidates who have little recognition and even less money:  Cook County Commissioner Jesus “Chuy” Garcia, who is backed by the teachers’ union; Bob Fioretti, one of the few city aldermen who is not a Daley ally; and businessman Willie Wilson, who is black.  It was a much easier task in 2011, when Emanuel breezed to victory with 55% in the nonpartisan race that included former Daley chief of staff Gery Chico and former Sen. Carol Moseley Braun.

Observers say that if anyone is going to force Emanuel into an April 7 runoff, it’s Garcia, who is running strong with Latino voters.  The key, as is the case with most uncertain races, is the undecided vote.  The guess here is that Emanuel, with his sizable lead in the polls, superior organization and huge financial advantage — $13 million raised — will get the majority on Tuesday and win re-election outright.  But if he doesn’t, he will once again make history.  Four years ago, he became the city’s first Jewish mayor.  If he gets under 50% on Tuesday, he’ll be the city’s first mayor forced into a runoff.