Everyone knows their influence on music.  But we shouldn’t forget the influence on politics that the last two on the list had — enough to make it onto campaign buttons. 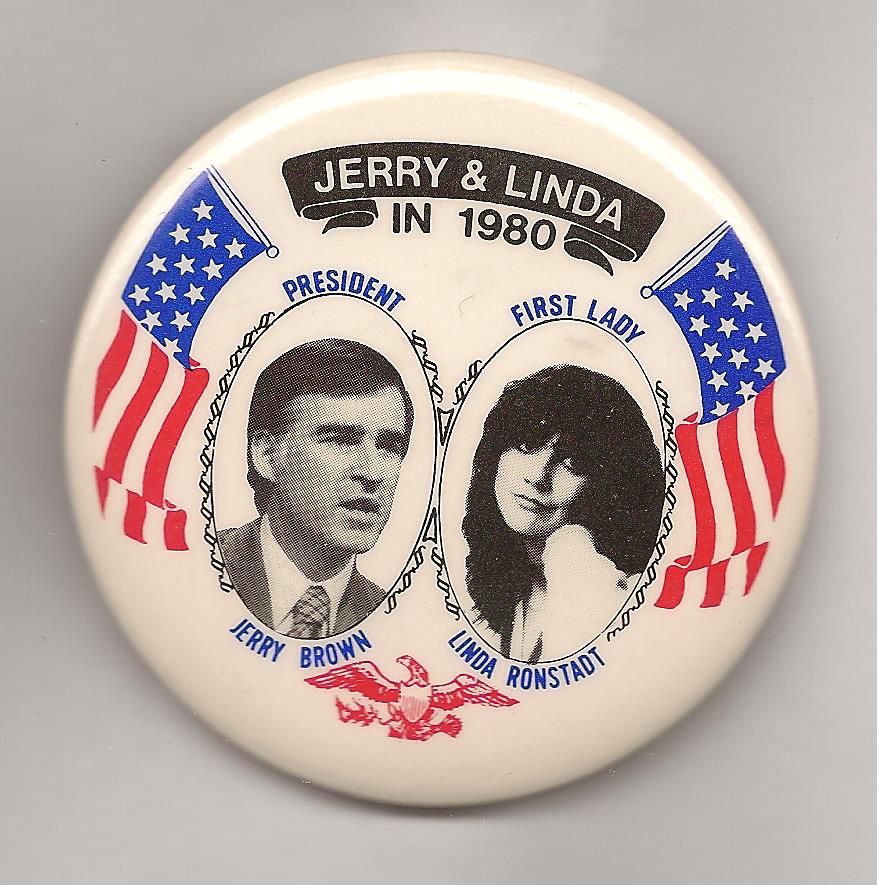 Linda Ronstadt, of course, was Jerry Brown’s girlfriend in 1980 when the then-41-year old California governor was making his second bid for the Democratic presidential nomination. An iconoclastic, unorthodox politician (then and now), Brown was coming off a landslide re-election victory and ready to take on the incumbent president of his own party.  An opponent of capital punishment and an advocate of a balanced-budget constitutional amendment, he was hard to describe and, if nothing else, intriguing.  And his relationship with Ronstadt was equally intriguing.  They traveled together to Kenya for a safari, they walked the beaches in Malibu.  Still, it was hard to sense how serious the relationship was.  She was coming from a life of cocaine and rock musicians; he was not the drinking or drug-taking type.  They eventually drifted apart.  Brown’s chances of making it to the White House were equally difficult; for all intents and purposes they ended once Ted Kennedy got into the race as the principal challenger to President Jimmy Carter and once the hostages were taken in Iran, which bolstered Carter’s hold on the nomination.  Still, there was this button. 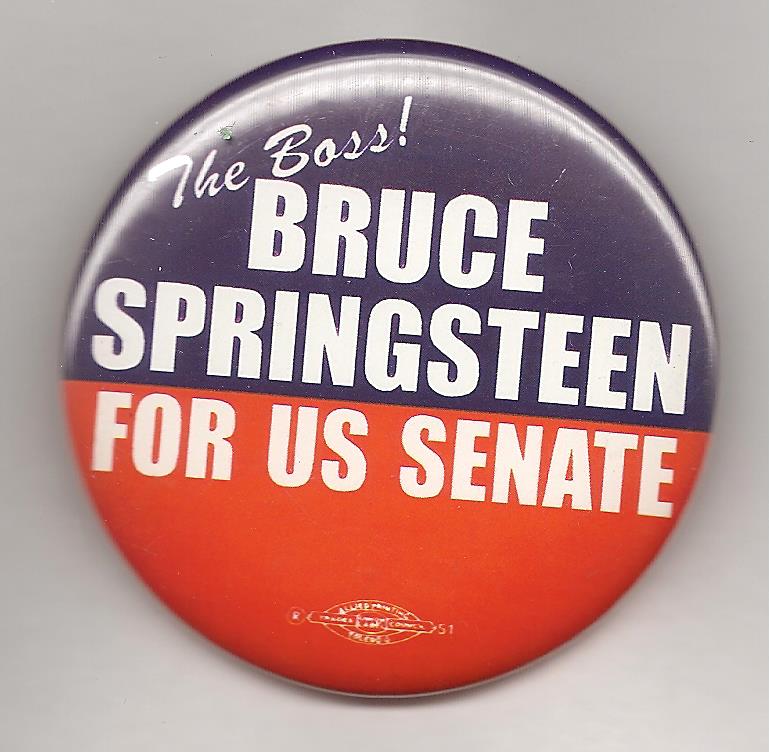 The lead singer of The E Street Band also appeared on a campaign button, as a would-be candidate.  Bruce Springsteen, of course, has been part of the political dialogue for years.  Back in 1984, President Ronald Reagan attempted to use Springsteen’s “Born in the U.S.A.” as part of his own campaign theme — not realizing that, if nothing else, the song was more about disillusionment than being rah-rah patriotic.  And for all of the wet kisses to Bruce from New Jersey Gov. Chris Christie, it is clear that Springsteen does not feel the same; witness his surprise appearance in January with Jimmy Fallon to sing a version of “Born to Run” aimed at the governor, highlighted by the refrain, “I’m stuck in Governor Christie’s Fort Lee, New Jersey, traffic jam.”  (Video courtesy YouTube)

But others have wanted Springsteen to be a candidate himself.  A “Draft Bruce” campaign was started in 2002 by Doug Freidline, who was instrumental in Jesse Ventura’s successful 1998 gubernatorial effort in Minnesota.  He urged Springsteen to run as an independent against Sen. Robert Torricelli (D), but the Boss declined.  Supporters tried again in 2006, to get him to run for the Senate seat Jon Corzine (D) vacated after he was elected governor.  Again, he said no.  But at least there was a button from the effort.

P.S.  I misspoke.  There is one more group from the list of 2014 Rock and Roll Hall of Fame inductees that appears on a campaign button.  Sorry for the oversight. 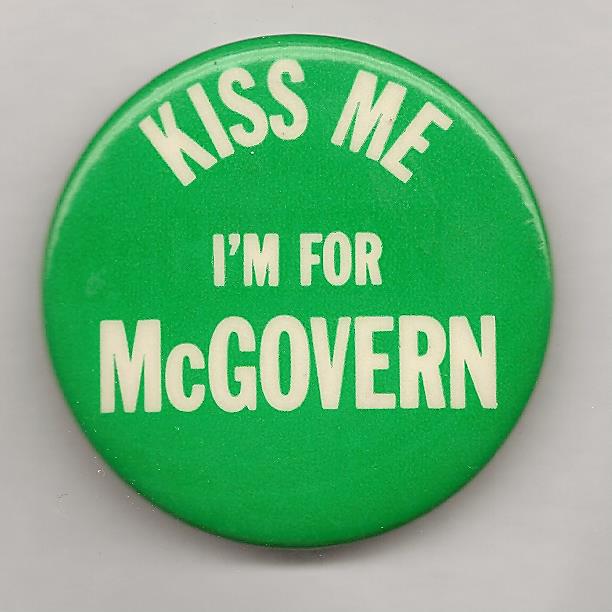