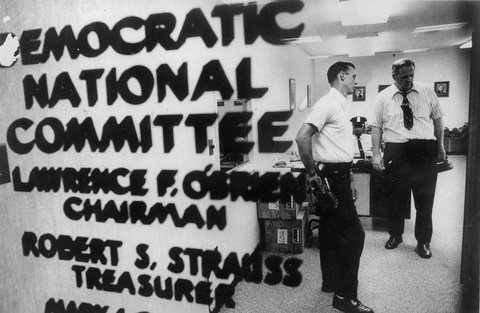 With the passing of former Second Lady Joan Mondale, we hear from her niece, Lucy Mondale, who talked about Joan’s lifelong love of the arts … and her enduring love affair with her husband, Walter Mondale.

Last week, Rep. Henry Waxman, a California Democrat, announced his retirement.  He and another retiring congressman are the last of the Watergate Class of 1974, the group of 75 Democrats who were elected to the House in November 1974 in the wake of the Watergate scandal.  A member of that group, Michigan’s Bob Carr, talks about what that congressional class was able to accomplish.

And the “this day in history” feature has Pat Buchanan talking about his war on the Republican establishment with his big win in the 1996 Louisiana caucuses.