The question has been asked and asked often:  Does the Republican nominee for president in 2016 need to be a governor?

Not surprisingly, Scott Walker, Bobby Jindal, Nikki Haley, Rick Perry and Terry Branstad, governors all, say yes.  Washington is too tainted to be associated with, they argue, in effect eliminating Republican lawmakers such as Ted Cruz, Marco Rubio, Rand Paul and Paul Ryan, among others, from consideration.

We have a long way to go before that question is answered.  New Jersey’s Chris Christie may be getting all the headlines in the wake of his landslide re-election last month, but conservative activists will ultimately play a much larger role in the lead up to 2016 than whatever Christie does in the Garden State.  Plus, you know that every time a journalist or some element of the GOP “establishment” proclaims that Christie is the frontrunner, the Tea Party goes nuts. 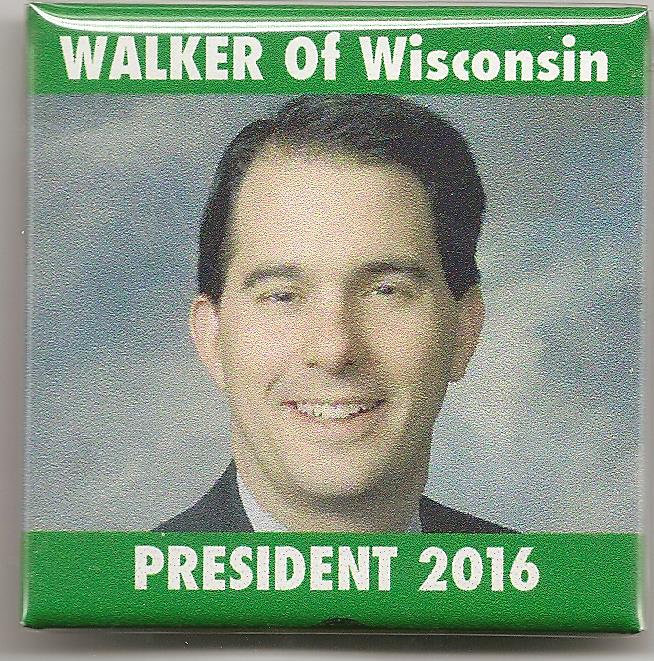 So if it’s not Christie, who then?  Seems to be a lot of growing support for Wisconsin’s Walker, first elected in 2010 and then again in June 2012 when he survived a recall.  (He’s up for a second term next year.)  John Kasich of Ohio, who briefly launched a presidential bid in 1999 (then the House Budget Committee chair) that went nowhere, may be looking at it once again, should he win re-election next year.  Sam Brownback of Kansas is another who tried, failed and may want to try again.

Maybe we can settle this with a list?  We tried that once before.

In the June 25, 2009 Political Junkie, we decided that if the future of the GOP was going to be found in its governors, we should rate the Republican governors in terms of their likelihood of ever reaching the White House (not necessarily in 2012, but sometime in the future).

Our top four didn’t really make any headlines (Tim Pawlenty of Minn., Jon Huntsman of Utah, Haley Barbour of Miss. and Bobby Jindal of La.).  Pretty conventional stuff.  The most memorable part of the list is that we had Nevada’s Jim Gibbons last — even below Arnold Schwarzenegger, who was constitutionally ineligible.

So we’ll try again.  Of course, Jeb Bush, who is being bandied about for 2016 (though less of late), is a former governor, and thus does not appear on this list.  Others on this list will be former governors after 2014 as well.  Nonetheless, in a completely unscientific, data-free exercise, here’s an updated list of the current crop of 30 Republican governors in the order of likeliest to become president:

What would you change?

… And another vacancy develops.  The Senate voted 57-41 on Dec. 10 to confirm Rep. Mel Watt (D-NC 12) to be director of the Federal Housing Finance Agency. 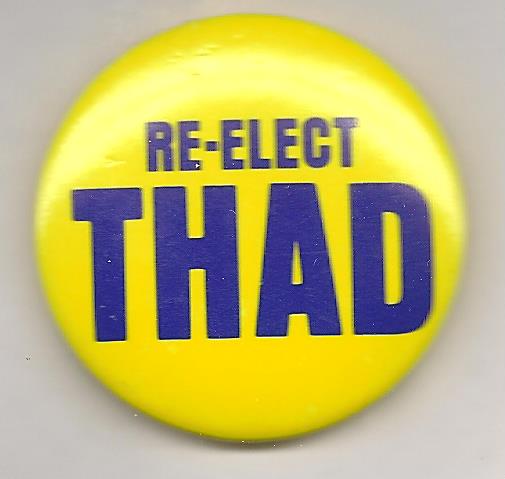 Thad but true.  The decision by the last remaining undecided senator up in 2014 is in.  Thad Cochran, the Mississippi Republican first elected in 1978, announced on Friday he will seek a seventh term next year.  Cochran, who turned 76 the following day, was widely thought to be considering retirement.  He faces a Tea Party-backed candidate, 41-year old state Sen. Chris McDaniel, in the Republican primary — a primary many observers suggest could be competitive.  Cochran, Mississippi’s first elected GOP senator since Reconstruction, has had little trouble dispatching his Democratic foes — he even ran twice, in 1990 and 2002, without major-party opposition.  But he was always considered one of the “pragmatic” Republicans in the state party, compared to the ideological wing, once headed by his intra-party rival, Trent Lott.  Lott is long gone from the Senate but some of the stronger conservatives in the state have never warmed up to Cochran.  (More on the Cochran race in this week’s “Political Junkie” program.)

And speaking of Mississippi … Bill Allain, a former one-term Democratic governor, died Dec. 2 at age 85.  Elected in 1983, he increased the number of women and blacks in government jobs and appointed the first African-American justice on the state Supreme Court.  Perhaps most memorable about Allain was the ugly campaign run against him in that ’83 race, when he was state attorney general.  A group of supporters of his Republican opponent, Leon Bramlett, hired detectives to investigate rumors about Allain’s private life, and they came up with three black male transvestite prostitutes who claimed they had sex with him.  Allain denied any impropriety and won by 16 percentage points; by nearly all accounts, the scheme backfired badly on the GOP.  A law passed during his term allowed the governor, heretofore limited to one consecutive term, to seek re-election, but Allain retired voluntarily after four years.

Another passing.  Rich Williamson, the former chair of the Illinois Republican Party who was the GOP nominee for the Senate against Carol Moseley Braun in 1992, died Dec. 8 of complications from a cerebral hemorrhage.  He was 64.

What exit?  One of the Democrats’ most common talking points after the 2012 elections, and one of their biggest complaints, was the fact that while Democratic candidates for the House received more than one million more votes nationally than Republican candidates, the GOP wound up with 234 seats to the Democrats’ 201.  Now it’s the Republicans’ turn to argue, at least in New Jersey.  The Newark Star-Ledger reports that while Republican candidates for the state legislature outpolled their Democratic opponents statewide by about 65,000 in each chamber, Democrats did not lose a single seat in the Senate (keeping their 24-16 margin there) or the Assembly (where they held their 48-32 margin there).  So, for all of Gov. Chris Christie’s (R) re-election victory by 22 percentage points, there were no coattails whatsoever.  And New Jersey Republicans — just like congressional Democrats — blamed the opposite party’s gerrymandering of the district lines.

San Diego update.  Former Mayor Bob Filner (D), who resigned his post in August after numerous accusations of sexual harassment, was sentenced to three months of house arrest Dec. 9.  The two candidates who are vying to succeed him, city Councilmembers Kevin Faulconer (R) and David Alvarez (D), meet in a February runoff.  Faulconer led Alvarez in the initial November election by a 44-26% margin.

And Don’t Forget ScuttleButton. ScuttleButton, America’s favorite waste-of-time button puzzle, is back, and can be found on this same website.  A randomly selected winner will get a, shall we say, “customized” Political Junkie button. And not to fear, Political Junkie t-shirts are coming soon!

. Sign up to receive a weekly email alert about the new column and ScuttleButton puzzle.
Don’t Forget: If you are sending in a question to be used in this column, please include your city and state. 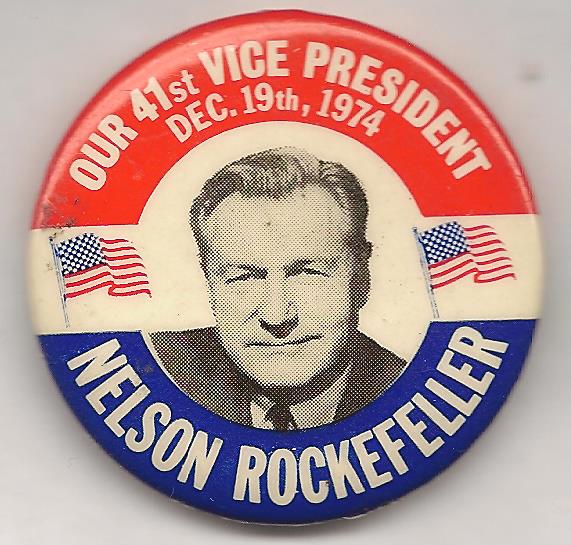 This Day In Political History:  The Senate overwhelmingly approves the nomination of former New York Gov. Nelson Rockefeller (R) to be vice president.  President Gerald Ford, having ascended to the presidency in the wake of Richard Nixon’s resignation in August, nominated Rockefeller under the terms of the 25th Amendment.  The Senate vote was 90-7; opposition came from four Democrats — Birch Bayh (Ind.), James Abourezk (S.D.), Howard Metzenbaum (Ohio) and Gaylord Nelson (Wis.) — and three Republicans: Barry Goldwater (Ariz.), Jesse Helms (N.C.) and William Scott (Va.).  Goldwater and Rockefeller were fierce opponents during the battle for the 1964 Republican presidential nomination (Dec. 10, 1974).  After the House votes to confirm him on Dec. 19 by a vote of 287-128, Rockefeller is sworn in as the nation’s 41st vice president.  It’s the first time in history that the nation had an unelected president and vice president.
Got a question? Ask Ken Rudin:  [email protected]com