You remember Ben Paulen, right?  How could you not?  He was a member of the Kansas legislature, served as the state oil inspector for a time, then was elected lieutenant governor before winning two terms as governor.

During his tenure, according to the National Governors Association website, “a state gasoline tax was sanctioned, a new board of regents was authorized for state universities, funding was approved for new educational buildings, an insurance code was established, and cigarette sales became legal and taxed. Also, an accounting and budget system was provided, the highway commission was improved, a new election law was enacted, and a banking board was organized.”

Not bad for just four years as governor.  He declined to run for a third two-year term.  Instead, he served as president of the Kansas Bankers Association.  And then came the clincher … wait for it … he was an unsuccessful Republican candidate for the U.S. Senate, losing to George McGill (D) in 1932. 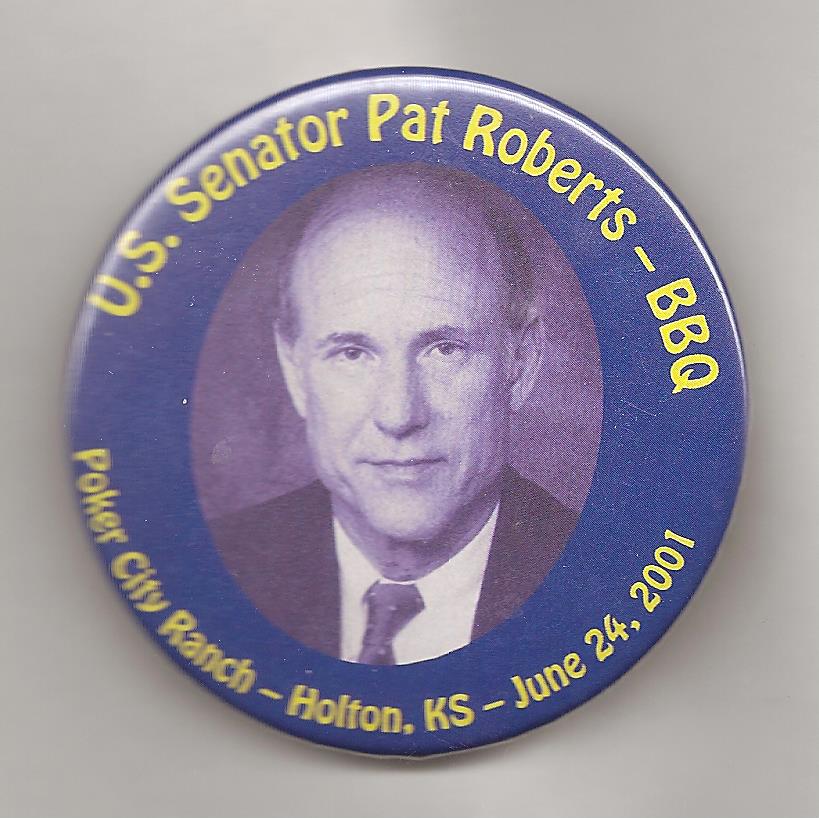 I stress that last line because it hasn’t happened since.  Paulen was the last GOP Senate nominee to be defeated in Kansas.  For 84 years, it’s been the longest Republican Senate winning streak in the country.  And, until recently, that streak was all but certain to include Pat Roberts, who was heavily favored to breeze to a fourth term this year.  But now, nobody is quite sure.

The 78-year old Roberts did sense that something was amiss earlier this year when it was revealed that he no longer owned a home in Kansas, that he lived full time in Alexandria, Va., and that he would pay rent to supporters when he went back.  A seemingly innocuous bit of news at the time, it started to catch on, until the word on the street was thus: Roberts is out of touch and it was time for him to go.  Not having a home back home was the kind of ammo that proved devastating to Dick Lugar, the longtime GOP senator from Indiana, who got shellacked in the 2012 primary by Richard Mourdock.  Could it now be Roberts’ turn?

(It’s also an issue that may be hurting the Democrats in Louisiana.  The Washington Post reported last week that Sen. Mary Landrieu (D), the state’s three-term incumbent, has been using her parents’ home in New Orleans as her own but that her main residence is in fact on Capitol Hill.  Landrieu, in a very tough battle for re-election this year, released a statement saying that she and her family own the Louisiana home together and that she lives there when she’s not in Washington.  We’ll watch to see if that develops into something more than a distraction for her.  The difference, of course, is that Landrieu was always in trouble.) 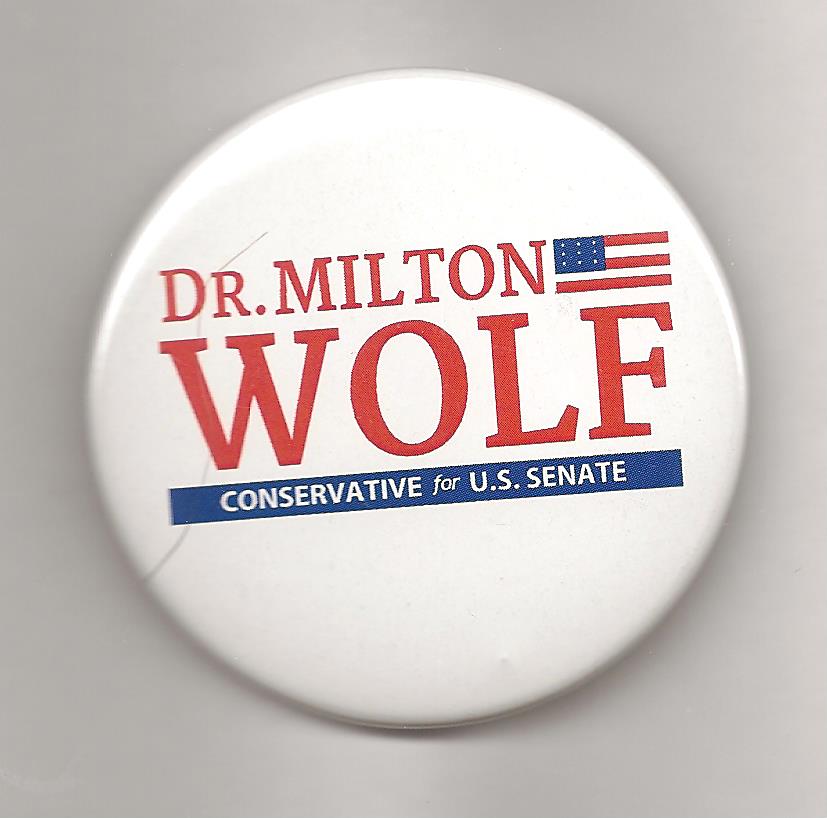 OK, back to Kansas.  Roberts’ opponent in the Aug. 5 primary was Milton Wolf, a tea party-backed doctor whose candidacy took a huge hit when it was revealed he posted gruesome photos of patients with serious medical injuries on his Facebook page and made childish comments to accompany the pictures.  Nonetheless, Wolf managed 41% in the primary to Roberts’ 48%.  As flawed a candidate Wolf was, the results showed an underlying unease about Roberts.

What made it worse for Roberts is that after the primary, his campaign manager said he was going “home for two days or three to rest.”  “Home” turned out to be Virginia.  Not good.  Meanwhile, Roberts has done no campaigning since the 8/5 primary and has aired no commercials.  And, to top it off, a wealthy independent Senate candidate, Greg Orman, has been campaigning non-stop since July, having the airwaves all to himself.

Orman was considered such a serious candidate that the Democratic nominee, Chad Taylor — with the encouragement/urging of national Democrats — announced last Wednesday that he was dropping his candidacy and petitioned to be removed from the ballot.  The secretary of state, Kris Kobach, a pro-Roberts Republican, ruled that Taylor’s name legally had to stay on the ballot because he didn’t fulfill the state requirement that he would be “unable to serve” as senator.  Clearly, Roberts’ task would be made much more simpler if his opposition was split.  The Democrats are appealing.

What makes this such a big deal is that, in calculating what’s going to happen in the Senate this year, the last thing the Republicans wanted (or expected) was a heretofore safe seat to be concerned about.  The GOP needs a net gain of six seats to attain a majority.  But now, in addition to Kentucky (where Minority Leader Mitch McConnell is in a tough race against Alison Lundergan Grimes) and Georgia (where Saxby Chambliss is retiring after two terms), they are now faced with also having to fight to keep Kansas … words I never thought I would ever have to type.

Republican operatives in Washington can read polls like the best of ’em and saw that Roberts was suddenly endangered.  Sensing that their hold on the seat was in jeopardy, they have begun a serious effort to rescue their incumbent.

Pat Roberts is a likeable guy, someone who has never had to struggle to win election, attaining 60% or more in three Senate and eight House races dating back to 1980.  But the Kansas Republican Party has moved well to the right since the Dole-Kassebaum years, and the conservatism that was once represented by Roberts may have become a relic of the past.  The new GOP is best represented by Sam Brownback, a hard right Republican who went from the Senate to the governorship four years ago and who spent part of his term in Topeka doing what he could to rid the GOP of moderate state legislators.  Meanwhile, with the state economy taking a hit, perhaps a reaction to his policy of tax cuts, Brownback is now an underdog in his bid for a second term.  While the thought of Democratic governors in red state Kansas is not an unusual thing — Dems have been alternating with Republicans as governor for nearly a half century now — the thought of a Democratic senator in Kansas is unheard of.  Orman may not officially be a Democrat — he says he’s unsure which party he would caucus with if he wins — there is no question that his candidacy has Republicans and Roberts concerned about losing the seat.  And that has never happened to a Republican senator from Kansas.

On the road.  A great couple of days in New Hampshire this week, recording our Political Junkie show Wednesday at the studios of New Hampshire Public Radio in Concord, meeting donors in Lebanon that evening, and appearing a day later on NHPR’s “The Exchange,” hosted by Laura Knoy.  Not only does this kick off what will become a regular monthly appearance on the program, but I’ll be back in the state in the NHPR studios on election night, Nov. 4th, to be part of the national coverage.  More details to come.  And speaking of great events … don’t forget the upcoming Political Junkie Roadshow (with Neal Conan) in Rochester, N.Y. (courtesy radio station WXXI) on Sept. 28.  Tickets are still available.

Tuesday’s primaries.  Sept. 9 is the final day of primaries for the year, with contests in four states — Delaware, Massachusetts, New Hampshire and Rhode Island, plus state and local contests (but not congressional) in New York.  N.H. is the only one with a Senate contest worth watching; Scott Brown, the former Republican senator from Massachusetts, has moved to the state of his birth and is favored to win the nomination against ex-U.S. Sen. Robert Smith and current state Sen. Jim Rubens.  The GOP winner will face Democratic incumbent Jeanne Shaheen.  Mass. (D), N.H. (R) and R.I. (D) have gubernatorial primaries of note.  In N.Y., there is no suspense regarding Gov. Andrew Cuomo’s prospects for a second term, either in the primary or the general election.  But his primary challenger from his left, Fordham law professor Zephyr Teachout, has made the contest worth paying attention to if only to gauge how progressives are seeing the gov., who clearly has his sites set on the White House — just not in 2016, not when Hillary Clinton is running.  (Listen to Albany reporter Liz Benjamin in this week’s episode of the Political Junkie show for her take on the Cuomo record and candidacy.)

Farewell.  Bruce Morton, one of television’s truly outstanding political journalists during his distinguished 29 years at CBS News, died Friday (9/5) at age 83.  He was a longtime friend who was a big fan of the Political Junkie segment on “Talk of the Nation,” as well of the “It’s All Politics” podcast during my final seven years at NPR.  Plus, he was a huge baseball fan.  R.I.P. Bruce.

More stuff.  There is a Political Junkie page on Facebook, which you should regularly check out.  And you can now listen to our podcast on iTunes!  Click here to subscribe!

And Speaking of Buttons.  Please don’t forget the DONATE button on our Home Page.  All this stuff — the Political Junkie column and web posts, ScuttleButton puzzles, and especially the weekly podcast, can’t survive without your financial contributions.  We appreciate your generosity more than you know.  Thank you! 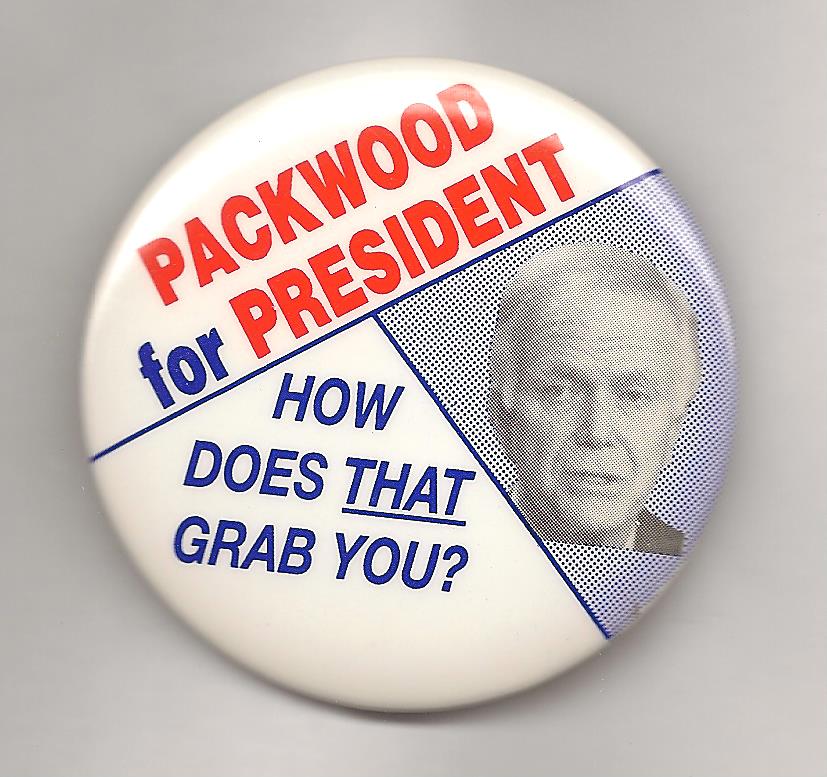 This Day In Political History:  The Senate Ethics Committee votes 6-0 to recommend the expulsion of Bob Packwood, an Oregon Republican who is accused of multiple instances of sexual misconduct.  The vote comes following an investigation that lasts 33 months, in which numerous women came forward to complain of unwanted sexual advances, or worse (Sept. 6, 1995).  The next day, Packwood announces his resignation from the Senate, where he had served nearly 26 years.