Once, he was the most powerful and perhaps the most feared member of the House.

Now, at 87 and more mellow, and five years removed as chairman of the Energy and Commerce Committee, Rep. John Dingell has announced he will not seek another term to the seat he was first elected in 1955.  Nearing 60 years in office, the Michigan Democrat is the longest serving member of Congress in history. 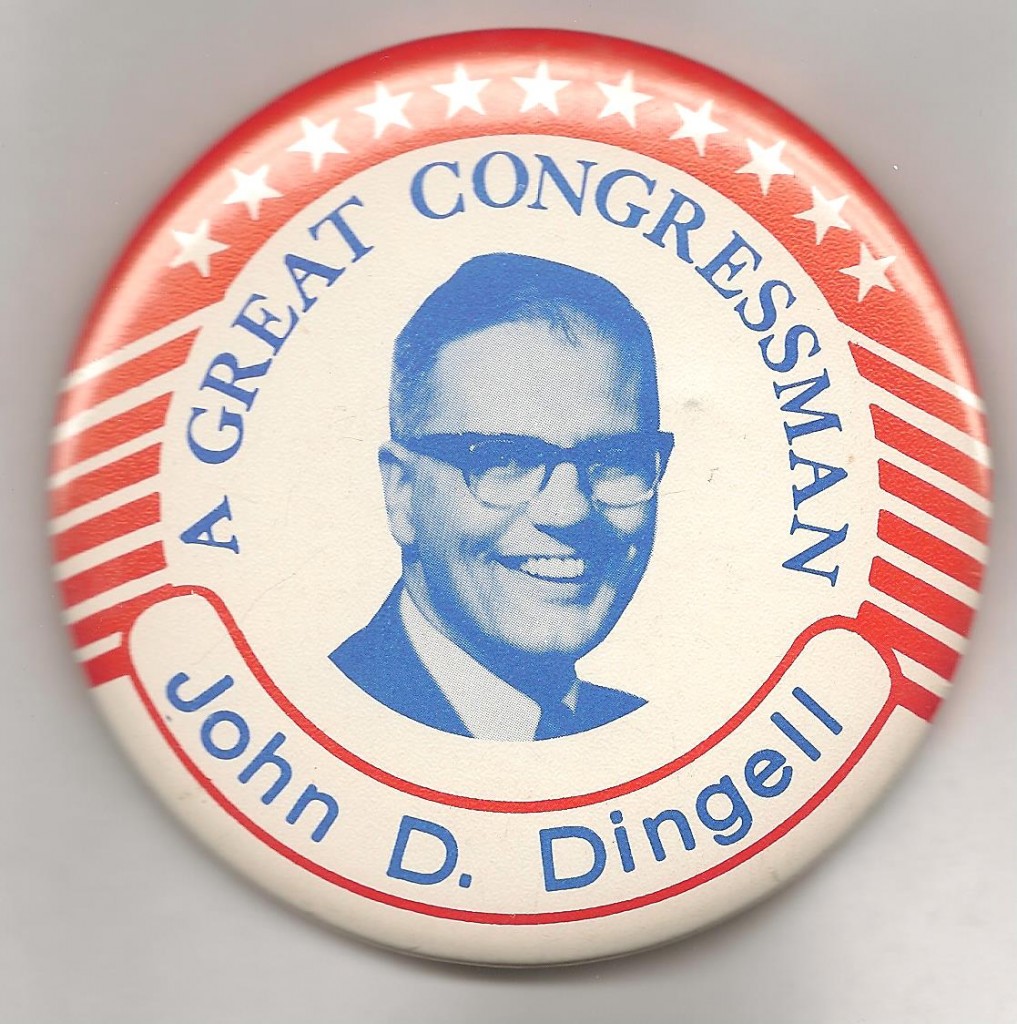 At the peak of his career, a 14-year span in which he towered over his committee — until the Republicans took the House in 1994 — Dingell was an indefatigable defender of the auto industry, a ruthless and bullying figure who made committee witnesses, staffers and members alike quiver with fear.  But they loved him in his district, centered in Dearborn, home of the Ford Motor Co.  First elected at the age of 29 in 1955 following the death of his father, John Sr., he had only two brushes with electoral uncertainty.  The first was in 1964, when his district was merged with that of another Democrat, John Lesinski Jr.  In a primary that attracted national attention, they differed over civil rights; Lesinski was one of just four Democrats who voted against the 1964 Civil Rights Act.  Dingell won with 55% of the vote.

The second came in another primary against a fellow Democratic incumbent.  With Michigan losing a congressional seat due to reapportionment, Dingell in 2002 faced Rep. Lynn Rivers, who was backed by environmentalists, abortion-rights supporters and gun-control advocates.  Dingell, aided with troops and money from the NRA, prevailed with 59%.

One race he failed to win came in 2008.  Rep. Henry Waxman (D-Calif.), who for years tangled with Dingell on environmental policy, ousted him as Energy and Commerce committee chair by a vote of 137-122.

He will assuredly go down as one of the most effective members of Congress in history, having a huge say in everything from civil rights legislation to health care policy and environmental laws.

Among those mentioned as a potential successor for his seat is his wife, Debbie Dingell, a prominent Washington power broker.  Her name had been mentioned as a potential candidate for other offices in the past, including this year’s open Senate race, but she always declined.  If she runs for and wins her husband’s seat, it will extend the Dingell family’s hold on the CD that began when John Dingell Sr. first won it in 1932.