Turnarounds in politics are not new.  Think Richard Nixon, after his 1962 defeat in California and his farewell news conference, only to be resurrected in 1968.  Or Bill Clinton, thought to be mortally wounded after being dogged by the Gennifer Flowers and Vietnam draft controversies, only to go on to defeat a sitting president in 1992.

But “astonishing” may be the word best applicable for Gov. Pat Quinn.

The Illinois Democrat is, in a sense, an accidental governor, reaching the post only after the impeachment, conviction and removal of Rod Blagojevich on corruption charges in January 2009 (see my NPR Political Junkie posts here and here).

Even the fact that he was lieutenant governor was somewhat of a surprise; he had a history of losing elections — for state treasurer in 1986, secretary of state in 1994, U.S. Senate in 1996 (to Dick Durbin), and lt. gov. in 1998.  When he tried again, in 2002, for LG, he won the primary, and had the good fortune to wind up on the same ticket as Blagojevich.  The ticket won that year, and again in 2006.  The rest, as a grand jury would say, is history.

But his history was not supposed to last long.  State Attorney General Lisa Madigan was prepared to take him on in the 2010 Democratic primary but decided against it.  State Comptroller Dan Hynes (D) did challenge him and came within a whisker of beating him.  Quinn then went on to win a full term in November but only in a squeaker against a comparatively unknown, very conservative downstate senator by the name of Bill Brady.  Quinn won by 46.8-45.9%.

He survived, but things were still looking bleak.  The state had one of the highest unemployment rates in the nation.  There were severe pension problems, and his raising taxes didn’t seem to fix much.  About a year ago, Public Policy Polling, showing him with a 64% disapproval rating, called him the most unpopular governor in the country.  With polls showing her a certain winner against Quinn, Madigan was all but sure to get in the race this time.  And former White House Chief of Staff and Commerce Secretary Bill Daley, the brother and son of Chicago mayors, actually did get in.

Then, strange things began to happen.  Madigan said no again.  Daley withdrew from the race seven weeks after he got in.  Incredibly, by the time of the filing deadline, Quinn was being opposed in the March 18 Democratic primary by just one person, a political novice named Tio Hardiman, an anti-violence advocate.  Quinn has all but ignored him and refuses to debate before the primary.

Of course, there are reasons why Quinn has escaped serious primary opposition.  The state’s economic picture has improved somewhat since last year’s disastrous polling numbers.  He’s pushing to raise the Illinois minimum wage from $8.25 to $10 an hour, a popular position, against GOP opposition.  To be sure, many of the problems remain, including a still high unemployment rate.  Perhaps one reason for the lack of Dem candidates eager to get in the race is because they see it as a lost cause in the general election.  But for now, Pat Quinn is counting his lucky stars that he finds himself in the position he’s in today.  The question is whether that good luck will continue into November, where one of the Republicans seeking the nomination — Brady, state Sen. Kirk Dillard, state Treasurer Dan Rutherford or venture capitalist Bruce Rauner — will be waiting for him.

On the ballot.  Thirty-six gubernatorial contests are up in 2014.  Here are my early ratings:

I acknowledge that GOP Govs. Snyder of Mich. and Kasich of Ohio are in serious battles this year.  But for now I rate them slightly ahead of their Democratic opposition. 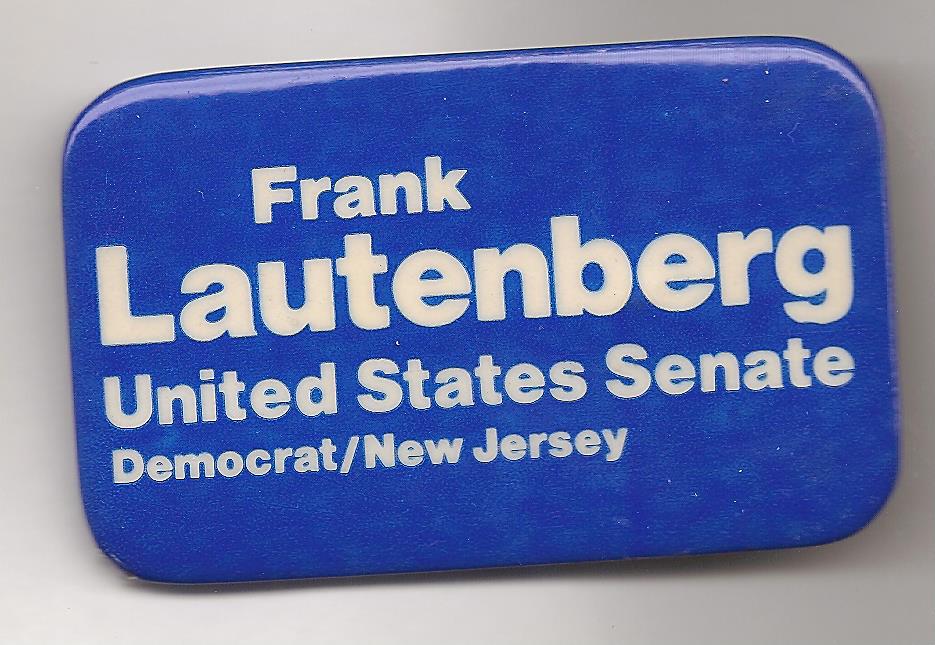 This Day In Political History:  Sen. Frank Lautenberg (D-N.J.), the Senate’s oldest member at age 89, announces he will not seek re-election in 2014.  He was first elected in 1982 and re-elected twice more before leaving voluntarily in 2000.  He came out of retirement in 2002 on behest of Democrats who needed a replacement because their incumbent, Robert Torricelli, whose ethics were under question, was dropping out of the race.  He won that year and again in 2008 (Feb. 14, 2013).  Lautenberg would die on June 3, less than four months later.

2 thoughts on “Illinois’ Pat Quinn, Once The ‘Most Unpopular Governor,’ Headed To Easy Renomination”