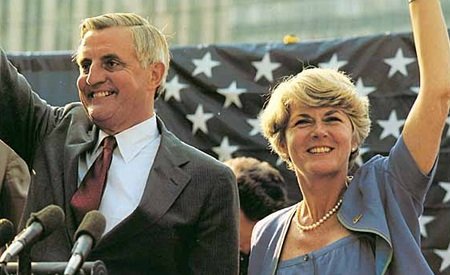 The GOP number is now three, with the entry of Florida Sen. Marco Rubio into the presidential race. Jeff Kaufmann, the chair of the Iowa Republican Party, and Steve Duprey, the Republican national committeeman from New Hampshire, talk about their party’s announced and potential candidates, and how they’re playing in those two crucial early states.

And there’s an official Democratic candidate as well. Hillary Clinton, to no surprise but to great fanfare, announced her candidacy via a video last week, and then headed straight to Iowa. Eight years ago, during her first bid for the White House, she finished third in the Hawkeye State. Andy McGuire, the chair of the Iowa Democratic Party, gives us an update about how things look in her state.

One potential Democratic candidate is Lincoln Chafee, the former governor of Rhode Island. He announced a presidential exploratory committee over the past week — and he talks to us about the issues that are motivating him for 2016.

Our “this week in political history” goes back to April 1983, when Harold Washington upset the white Democratic establishment in Chicago to become the city’s first black mayor. Chris Chandler, Washington’s former press secretary who has written a book on him, and Chicago Alderman Will Burns talk about the ferociousness of that ’83 campaign, the meaning of Washington’s legacy, and what happened to the coalition that elected him.

And yes, we all know that, if elected, Clinton would be the first woman. And either Rubio or Ted Cruz would be the first Hispanic. But there was also history in the making back in 1984, when Walter Mondale selected Geraldine Ferraro as his running mate — the first time a woman was ever on a major-party presidential ticket. Mondale, the vice president under Jimmy Carter, talks to us about that decision — and reflects on his long career in politics.