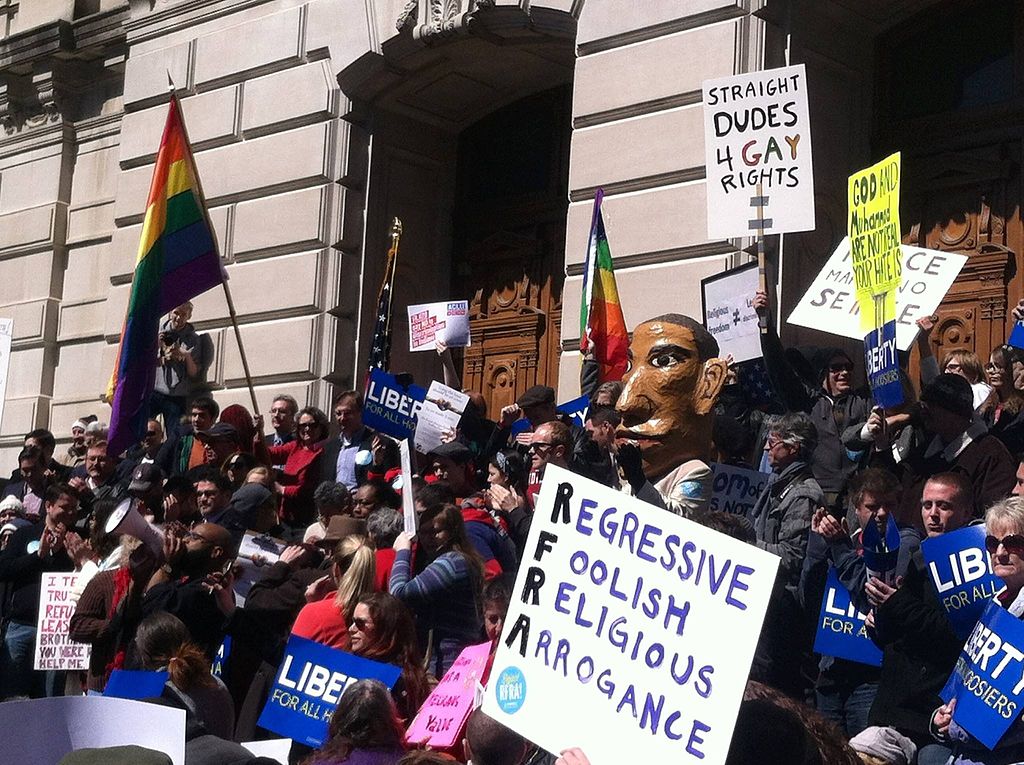 The controversy in Indiana and elsewhere over so-called religious freedom laws brings us back to a conversation about the nation’s “culture wars.” In previous decades, conservatives seemed to have the upper hand on this, especially when it came to ballot measures involving same-sex marriage. But there has been a drastic sea change on the issue of marriage equality in recent years. John Green, a professor at the University of Akron who specializes in the confluence of politics and religion talks about the rapid change of opinion on the issue and how religious conservatives have seemingly been left blindsided.

Few people seemed blindsided by the indictment of Senator Robert Menendez, a New Jersey Democrat, who has been charged with 14 counts of corruption and bribery. Carol Leonnig, an investigative reporter with the Washington Post, lays out the Justice Department’s case and its difficult task of trying to separate the differences between illegal quid pro quo actions and something a lawmaker might want to do out of longtime friendship.

The big election story this week was in Chicago, and the victory by Mayor Rahm Emanuel over challenger Chuy Garcia. But another story that got less attention was taking place in Ferguson, Missouri. The St. Louis suburb was rocked by violence in the aftermath of last summer’s killing of a black unarmed youth by a white police officer — an issue which has now become part of the nation’s consciousness. On Tuesday, Ferguson held elections for city council. And now the six-member body will have an equal number of African Americans and white representatives, which has never happened before in its history. Moni Basu, a reporter for CNN who has been covering Ferguson, talks about the possibilities of what the election results will accomplish.

There’s no question what Richard Nixon was trying to accomplish when he nominated two Southern conservatives to the Supreme Court. The goal was to send a signal that he was ready to stand up to the so-called liberal excesses of the Earl Warren Court by naming what he called “strict constructionists.” Our “this week in political history” feature reminds us that both nominees — Clement Haynsworth and, 45 years ago this week, G. Harrold Carswell were defeated by the Senate. But Kevin McMahon, a professor at Trinity College who has written about Nixon’s judicial strategy, argues that the President ultimately accomplished his goal in remaking the Court.