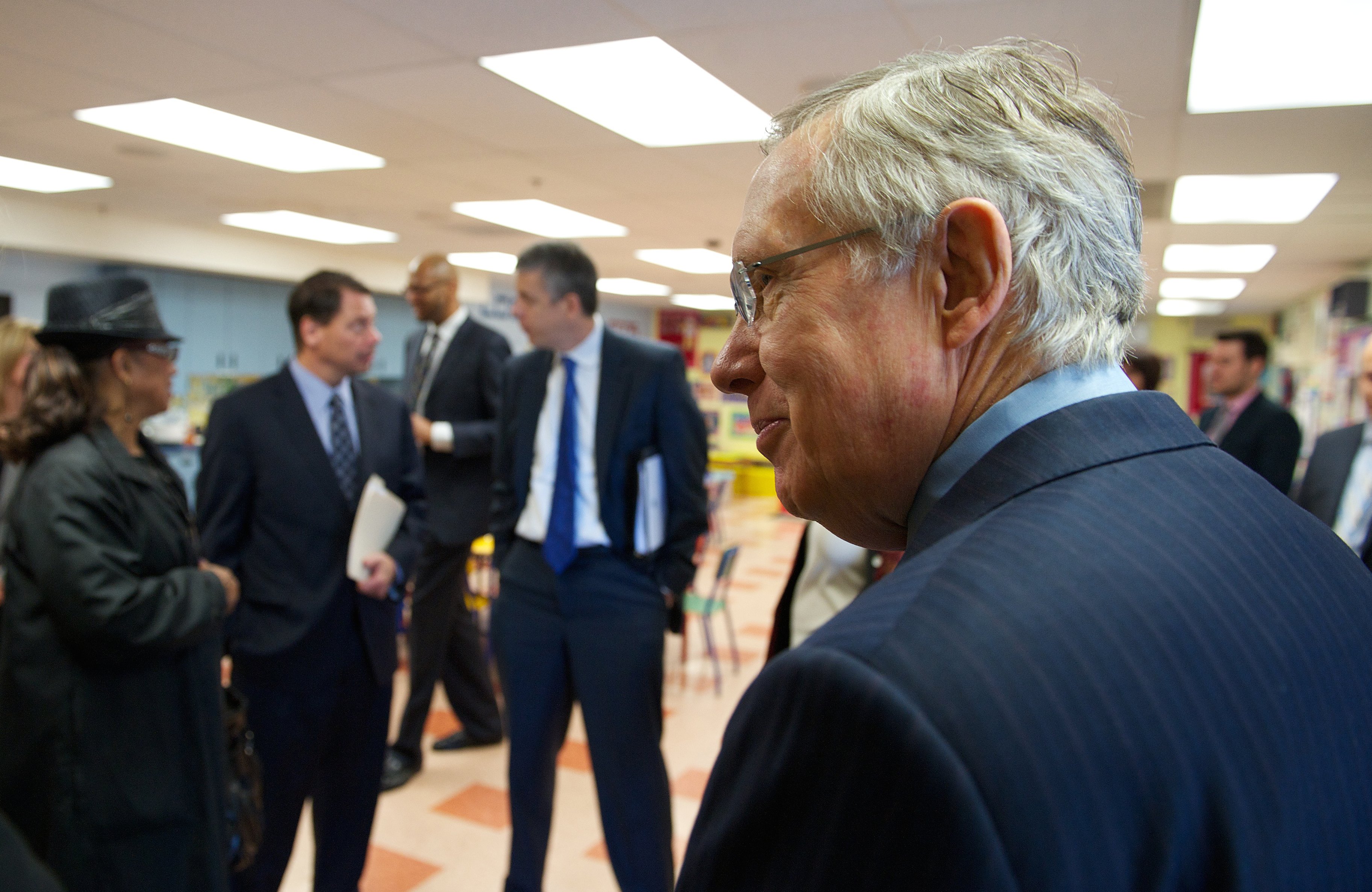 After 30 years in the Senate, former boxer and Nevada native Harry Reid is calling it quits. The 75-year old Democrat, who has been minority, majority and now minority leader once more, announced he will not seek a sixth term in 2016. Jon Ralston, the Nevada political watcher and publisher of the Ralston Report, talks about his career, his legacy and his potential successors.

Reid is leaving, and now two more Republicans are hoping to stay in Washington — as president. We’re days away from the candidacy announcements of Senators Rand Paul and Marco Rubio. Both have differing visions of the GOP and both have different strengths and weaknesses in their respective battles for the nomination. Bloomberg News’ Greg Giroux handicaps their chances.

Another Republican hopeful is Jeb Bush. When he was governor of Florida, he was involved in a very emotional and controversial case — that of Terri Schiavo, the woman who fell into a coma and whose condition became a rallying cry in the “quality of life” and “right to die” movements. Bush did everything he could to keep her alive, even though doctors said she was in a vegetative state. Adam Smith of the Tampa Bay Times recounts how politics played a big role in her life, which ended ten years ago this week.

Finally, we head over to Illinois, first for a last minute look at the Chicago mayoral runoff between Mayor Rahm Emanuel and Cook County Commissioner Chuy Garcia with WBEZ’s Lauren Chooljian. Then we size up next year’s Senate race, in which Democratic Congresswoman Tammy Duckworth — who lost both legs and much of the use of an arm when her helicopter was shot down in Iraq in 2004 — is hoping to take on Republican incumbent Mark Kirk, who is recovering from a serious stroke in 2013. Lynn Sweet of the Chicago Sun-Times gives us her impressions of what looks to be a marquis contest.