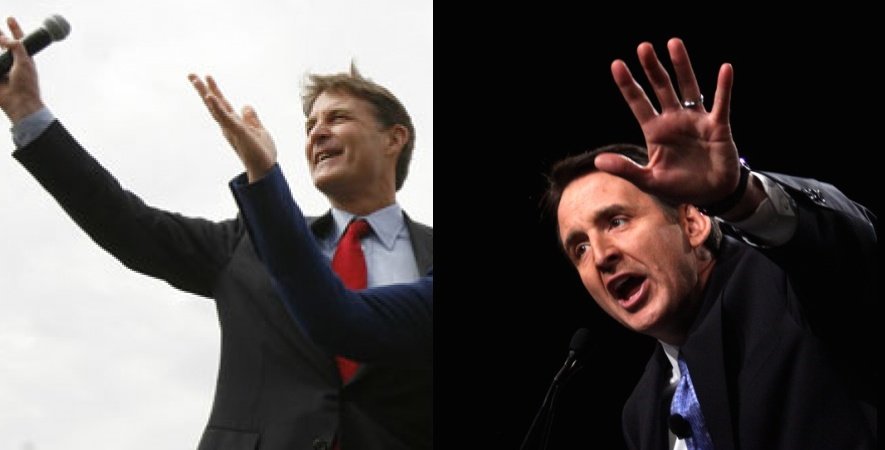 This week is all about exits — whether it’s Brian Williams at NBC, Jon Stewart at The Daily Show, whispers about Gov. John Kitzhaber resigning in Oregon, or the goodbyes (large and small) in political history — it’s never easy, but there’s a lot to learn.

Jeb Bush left the Florida governorship way back in 2006, but he had a rocky week in the wake of his release of nearly 300,000 emails from his time in the Sunshine State in the name of transparency. Too much sun was shining on constituents’ personal information disclosed in those emails. Adam Smith of the Tampa Bay Times talks about whether the privacy snafu will impact Bush’s campaign, and how Marco Rubio is facing tough odds to make any headway in Florida with Jeb already gobbling up money in the state.

In the battle for the nomination, while money plays a critical role in the so-called “invisible primary” — the months leading up to the first voter-driven events — Iowa remains a state no one can afford to ignore. Wisconsin Gov. Scott Walker is one of the likely Republican candidates who is thought to be making headway there. But how much do early headlines in Iowa matter? Tim Pawlenty, the former Minnesota governor who came into Iowa in 2011 with great expectations (and left with disappointing outcomes) shares his lessons learned from his effort.

Whatever disappointment Pawlenty may have gone through in Iowa probably doesn’t compare to what Oregon Gov. John Kitzhaber is experiencing now. With his fiancee being accused of her ties to the governor allegedly helping line her pockets — Kitzhaber is facing calls to resign and an investigation from the state attorney general. Chris Lehman of public radio’s Northwest News Network gives us the latest in this fast moving story.

And “This Week in Political History” looks back at the day Indiana’s Evan Bayh stepped back from elected office. A former two-term governor and U.S. Senator, Bayh surprised everyone five years ago this week when he retired because of what he saw as rampant partisanship.

Bayh probably would have more enjoyed the campaign for the position of Ward 1 warden in Waterville, Maine. It was a very civil election, probably because the two candidates — Jennifer Johnson (D) and Dave Johnson (R) — were (and still are) married. As we approach Valentine’s Day, we thought we’d talk to Johnson and Johnson about a marriage that survived from a good-natured campaign against each other, and how to stay married to someone from the opposite political party.