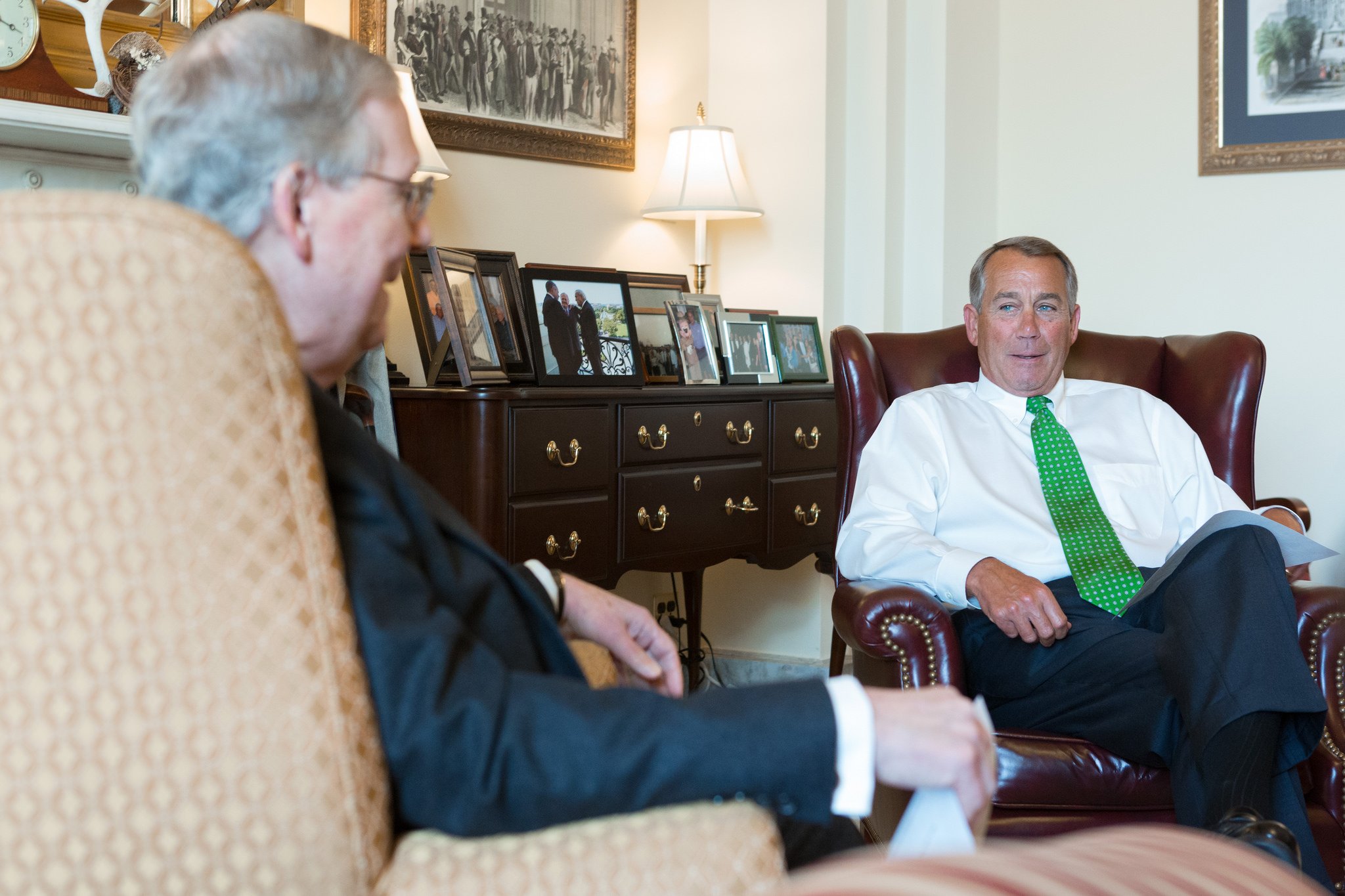 The 114th Congress is here, where Republicans control both houses for the first time since 2006.  Paul Kane of the Washington Post joins us to talk about the attempted rebellion against Speaker John Boehner, and the GOP’s hopes of going from the “party of no” to the “party that governs.”

One of the things the new Senate will take up in the next month is the nomination of Ashton Carter as secretary of defense.  Charlie Stevenson, a lecturer at Johns Hopkins University and author of “SecDef: The Nearly Impossible Job of Secretary of Defense,” joins us to talk about the history of the job and how difficult it is to be a success while trying to satisfy the president, Congress, the military and the national security team.

We also go back to the week of January 2004, when NPR hosted a radio-only presidential debate involving Democratic candidates.  We talk with the guy who hosted that debate — former “Talk of the Nation” host Neal Conan — and remember some of the fun moments.

Finally, Mario Cuomo died last week.  The former three-term governor of New York, he is best remembered for giving a remarkably passionate keynote speech at the 1984 Democratic national convention.  But he’s also remembered for hemming and hawing over running for president, a decision he never could quite say yes to.  In 1991, he was all set to fly to New Hampshire to file for that state’s presidential primary. That is, until 90 minutes before the deadline, when he said he couldn’t do it.  Joe Grandmaison was the Democratic state chair in New Hampshire at the time, and was waiting for Cuomo to arrive at the airport to bring him to the secretary of state’s office to file his candidacy papers.  He joins us to remember his disappointment of that day, and assess the legacy of the former governor.

And we remember Bess Myerson and Edward Brooke – two history-makers who passed away recently.