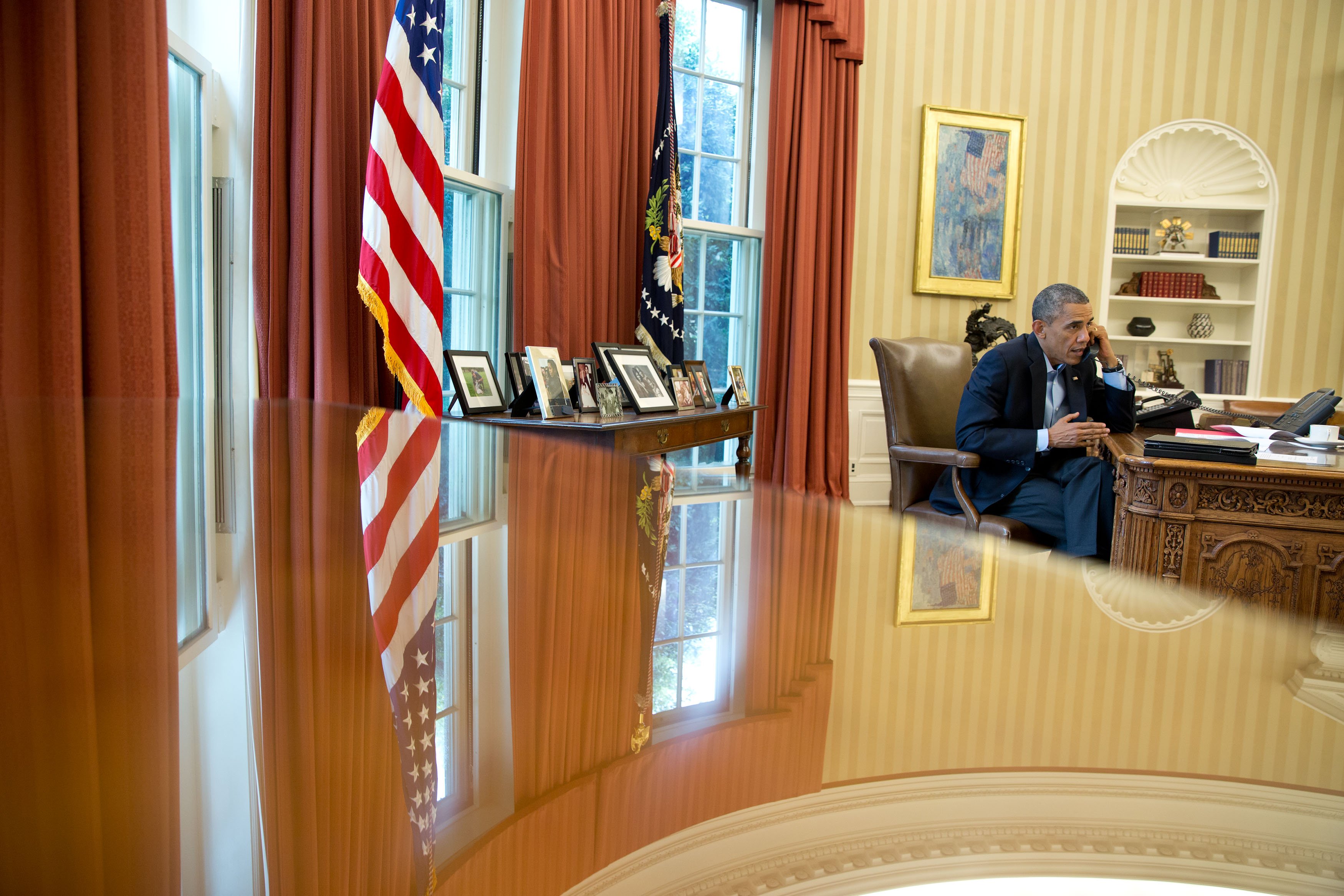 With under 70 days to go before the midterm election, the favorability of President Obama seems to be declining each day.  His latest problem seems to be less about policy than about tone — taking a break from his vacation on Martha’s Vineyard to strongly denounce the gruesome killing of American journalist James Foley … only to immediately return to the golf course.  Between the president’s disdain for photo ops and his reluctance to jump into congressional matters, he is alienating his fellow Democrats and putting an even bigger scare into them as we head to November 4th.  New York Times chief Washington correspondent Carl Hulse talks about what has been seen as a growing problem for the Democratic party.

The political fortunes of the governor of Ohio seem to be going in the opposite direction.  John Kasich, a Republican, has benefited from the missteps of his Democratic challenger, Ed FitzGerald, who it was reported inexplicably found himself sitting in a car at 4:30 a.m. with a woman who happened to not be his wife, and who has gone without a driver’s license for the better part of a decade.  Democrats fear FitzGerald’s collapse could endanger the rest of the ticket.  Mike Thompson, the news director of WOSU in Columbus, sizes up the Buckeye State’s gubernatorial contest.

Another GOP governor up for re-election is Scott Walker of Wisconsin.  Like Kasich, Walker is thought to have White House ambitions.  But, as Marge Pitrof of WUWM in Milwaukee reports, Walker has a tough battle for a second term this year … faced with not only a tough Democratic opponent, but an ongoing investigation where prosecutors claim he may have illegally coordinated with third-party groups in his successful battle to overcome a 2012 recall campaign.

If Kasich and Walker have to balance their thirst for 2016 with the reality of first winning in 2014, Scott Brown has to adjust from being a senator in Massachusetts to trying to become one in New Hampshire.  Not since the 19th Century has someone represented more than one state in the Senate in his career.  Maeve Reston of the Los Angeles Times has been following Brown’s campaign as he tries to unseat the Democratic incumbent, Jeanne Shaheen.

One clear winner in 2014 is Nikita Kostyuk of Sacramento, California.  He called more primaries correctly than anyone else who entered our Political Junkie August primary contest and got his 15 minutes — actually, closer to two minutes — of fame in this week’s show. And we go back to 1986 and the 5th Congressional District in Georgia.  That’s where two veterans of the civil rights wars, John Lewis and Julian Bond, battled each other in their epic fight for a black-majority seat that turned nasty and personal.  Professor Charles Bullock of the University of Georgia at Athens remembers the clash.