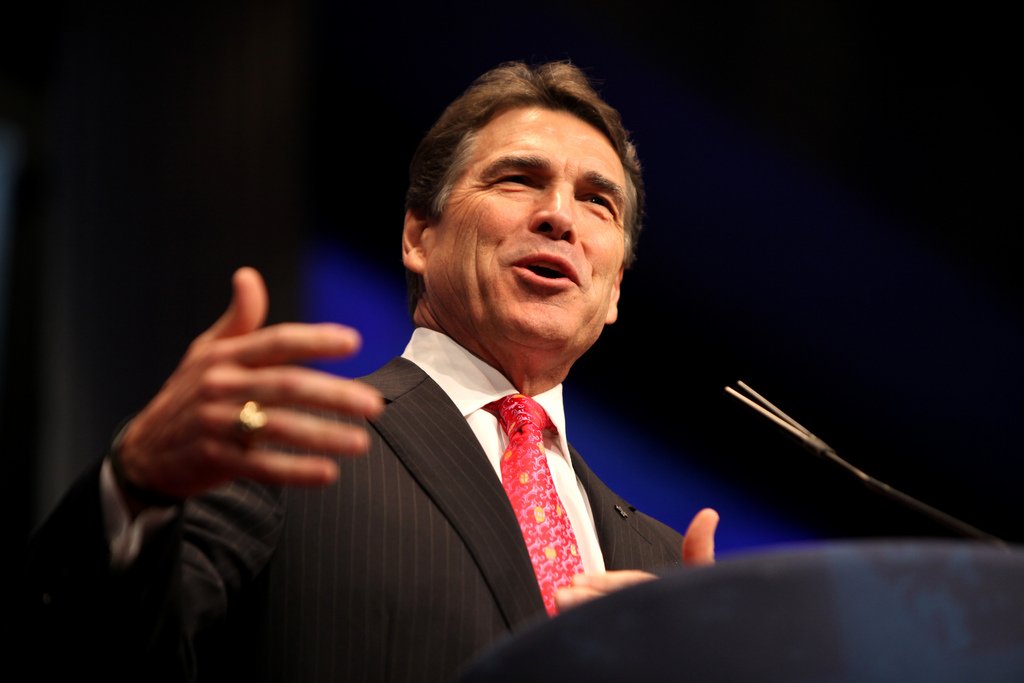 The political bombshell of the week was the indictment of Rick Perry on two felony charges of abusing his power and office. It came as the Texas governor was in the last months of his term and as he was preparing a second run for the White House. Republicans say Perry is the victim of a political persecution, that what he did is no more than politics as usual. Wayne Slater of the Dallas Morning News is here to weigh what it means for Perry’s future.

The nation is still watching a developing story in Ferguson, Mo., after police shot and killed an 18-year old unarmed African-American man. One of the sub-plots of Ferguson is that some prominent conservatives, long used to defending police tactics in the battle for “law and order,” are now seeing police excesses. Now they’re tying it into other examples of government overreach, such as with NSA surveillance and the use of military drones. Matt Lewis of the Daily Caller talks about the unusual liberal-libertarian alliance that seems to be developing.

Plus, Tom Hewitt of the Fairbanks Daily News-Miner has the scoop on Tuesday’s results in Alaska. And we look ahead to next week in Florida with Professor Susan MacManus of the University of South Florida. She analyzes the expected November showdown between Gov. Rick Scott (R) and his likely Democratic opponent, Charlie Crist, who is a former Republican governor himself. It is widely considered to be one of the most important (and expensive) races to watch this year. And Professor Michael McDonald of the University of Florida talks about the court challenge to the Sunshine State’s congressional district lines, and the uncertainty that it has brought.

Lewis Gould, who has written a book about the history of the Republican Party, brings us back to the GOP convention of 1984 that renominated President Ronald Reagan. Our “this week in political history” goes back to that event in Dallas, as we talk about how Reagan was on the verge of a historic 49-state landslide that year … and how the party has fractured since then.

We also say goodbye to former Vermont Sen. Jim Jeffords, whose dramatic defection from the Republican Party in 2001 put the Senate in Democratic hands. Jeffords died last week at the age of 80. Vermont Public Radio’s Bob Kinzel covered Jeffords for years and shares his memories. And what’s a Political Junkie show without an ice bucket challenge? George and Laura Bush share a chilly exchange.