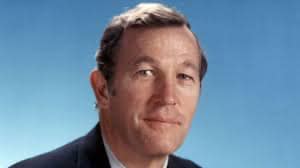 New York’s Andrew Cuomo is not the only Democratic governor with problems.  In California, Gavin Newsom is facing a recall, and by most accounts the proponents are going to have enough signatures to make it to the ballot. John Myers of the Los Angeles Times explains why Newsom is in trouble, how the recall works, and its similarities and differences with the California recall of 2003, when Gray Davis (D) was taken down.

With Missouri Sen. Roy Blunt having decided to retire next year, Steve Kraske of radio station KCUR in Kansas City offers his analysis of why Blunt is leaving and who — almost assuredly a Republican — will succeed him.

And Marvin Kalb — the former CBS and NBC newsman — remembers his friend Roger Mudd, the exemplary TV political journalist who died this week at the age of 93.  Mudd is most remembered for his question of Ted Kennedy in 1979 that hurt his presidential hopes, but the totality of Roger Mudd is far more than just that.

Recall Me by The Predators