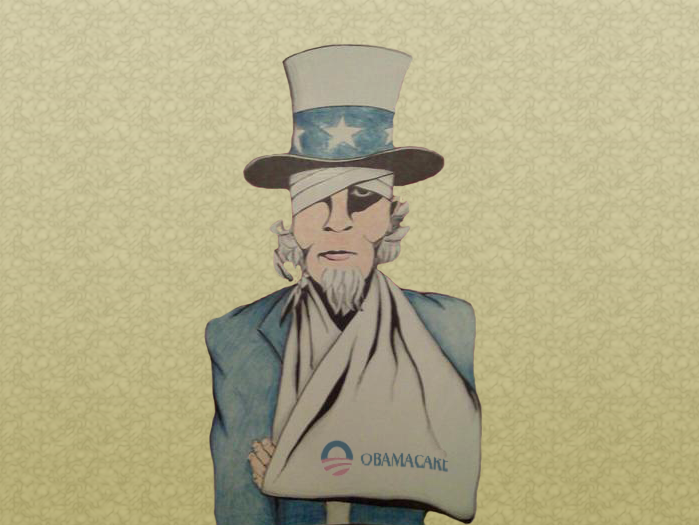 Download
Not all the fights heard on the Political Junkie are at the ballot box.  Some are in court — as we saw this week, in the latest attempt by opponents of the Affordable Care Act to gut the measure in the D.C. Circuit Court.  Julie Rovner, a senior correspondent at Kaiser Health News, talks about how Obamacare might fare in court.
The recent Netroots Nation conference in Detroit was conflict free (unless you count the water protests).  If anything, it was a love-fest for Elizabeth Warren, a progressive favorite who was being urged by many at the meeting to run for president in 2016 … something the Massachusetts senator has said in the past she would not do.  Katie Glueck of Politico was at the Netroots gathering and shared her observations.
Plus, Jim Galloway of the Atlanta Journal-Constitution sizes up the Georgia Senate race in the wake of businessman David Perdue winning the GOP nomination in a tight primary runoff on Tuesday against Congressman Jack Kingston.  Perdue now faces political first-timer Michelle Nunn in what potentially could be a very close contest.
And while Kansas Gov. Sam Brownback does not have to worry about a primary next month, he does have to be concerned that more than a hundred current and former Republican officials have bolted to support his Democratic opponent in November.  KCUR’s Steve Kraske reports about the ongoing GOP family feud in the Sunflower State.
Plus, it was 33 years ago this week that President Reagan persuaded Congress — including the Democratic-controlled House — to go along with his historic tax cuts.  Florida’s Don Fuqua was one of 48 House Democrats who crossed the party line. He joined us to talk about what led him to vote that way, the regrets he’s had since, and how the House has changed.
Music:
BugaBlue / http://freemusicarchive.org/music/US_Army_Blues/ / Public Domain Mark 1.0
spinningmerkaba / CC BY 3.0
Rey Izain / CC BY-NC 3.0
All Over The World (Boogie Belgique) / CC BY-NC-ND 4.0