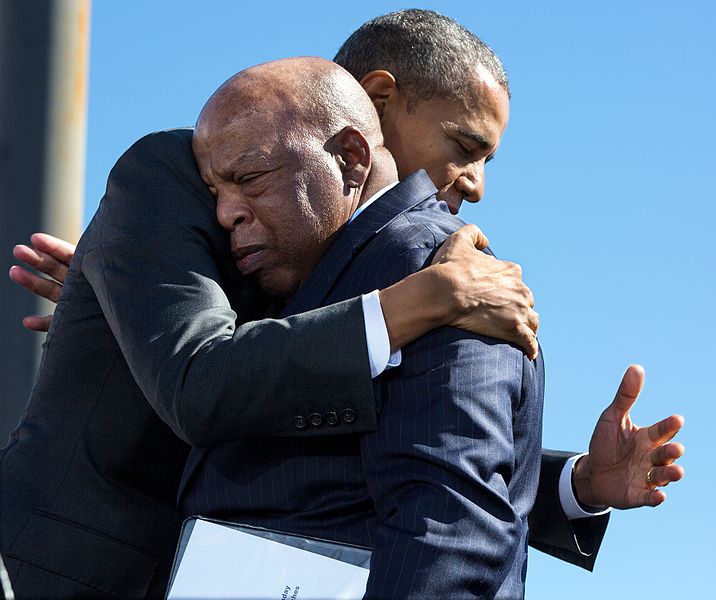 John Lewis was known for his courage and integrity, and his death last week at the age of 80 brought sadness to a wide majority of Americans. Congresswoman Eleanor Holmes Norton, the Democratic delegate from the District of Columbia, recounted her long relationship with Lewis, starting when they were both civil rights activists in the Deep South working for SNCC.

Democrats haven’t elected a senator in Kansas since 1932 — the longest losing streak in the nation. But many in the party see a reason for optimism this year, especially if the Republicans nominate Kris Kobach, a controversial figure, in next month’s GOP primary.  Steve Kraske of radio station KCUR sets up the battle.

One of the many stories not widely known about the 1968 Democratic convention involves a bitter struggle between two factions of the Georgia delegation: one led by Governor Lester Maddox, an avowed segregationist, and the other led by Julian Bond, a state legislator, and civil rights pioneer.  Donnie Summerlin, an archivist at the University of Georgia Library, recounts the tale of ambition and rivalry, one that helped eventually open up the party to small d democratic rules of representation.

We Gotta Pray by Alicia Keyes

Don’t Mess With Bill by The Marvelettes

Black and White by Pete Seeger