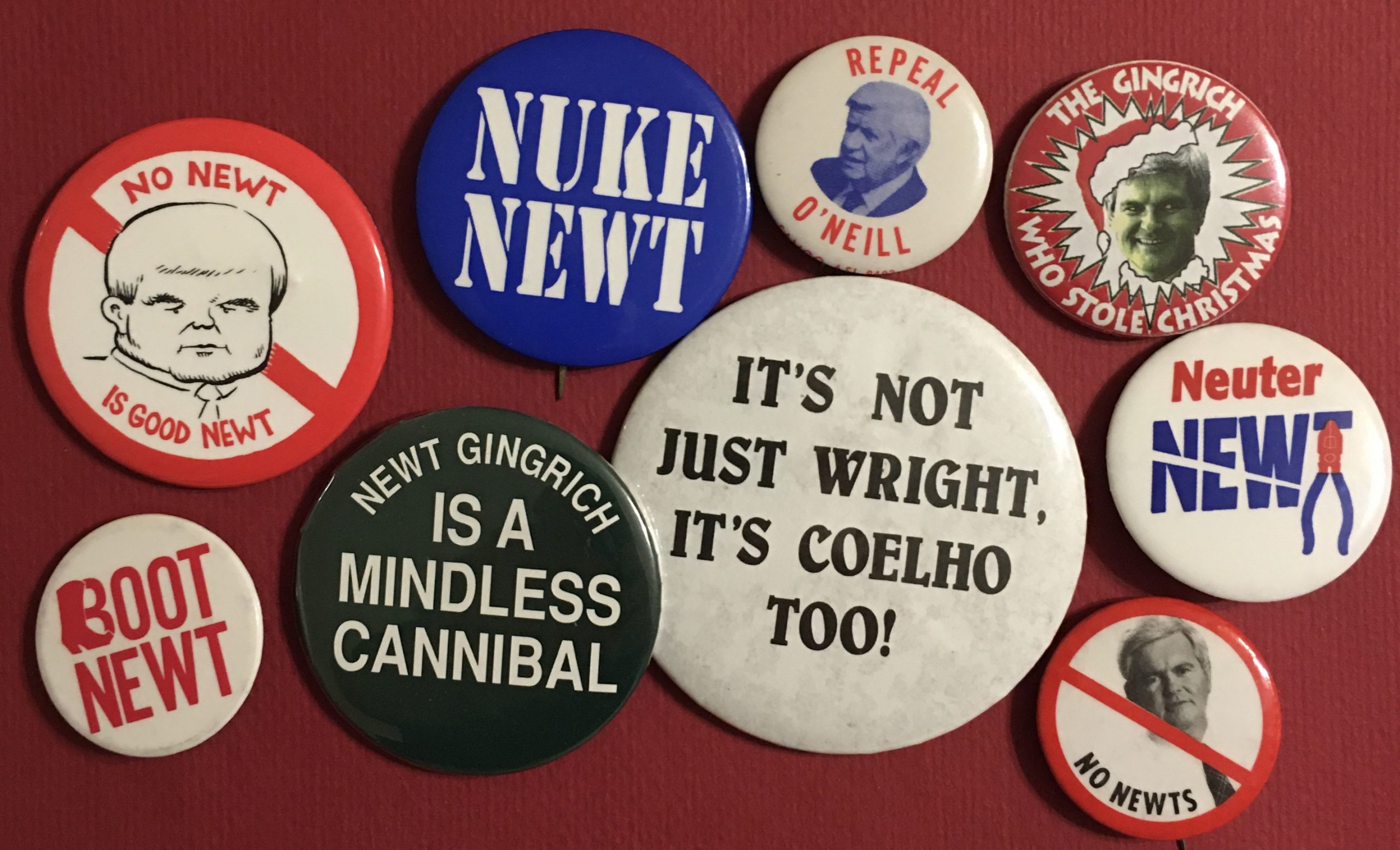 There are two things to watch out for in next week’s Senate primary in Maine. First, did the Democratic Party establishment, which lined up behind state House Speaker Sara Gideon early, make a mistake in doing so, given what almost happened in a similar situation in Kentucky? (The answer is probably no.) And will her votes to confirm Justice Brett Kavanaugh and acquit President Trump come back to haunt Sen. Susan Collins (R) in November? (The guess is it’s very possible.)  Mal Leary of Maine Public Radio handicaps the race.

A new book by Princeton’s Julian Zelizer attempts to make the case that much of the polarization and hyper-partisanship in today’s politics can be traced to Georgia’s Newt Gingrich, whose slash and burn tactics helped lead the Republican Party out of the wasteland and into the majority of the House … and whose tactics seem familiar to what we’re witnessing in the White House today.

And we go back to 2004 when John Kerry — like Joe Biden of today — was choosing a running mate. Kerry adviser Bob Shrum talks about the pluses and minuses of Kerry’s choice of John Edwards to be his number two.

Don’t Come Close by the Ramones

The Fool On The Hill by The Beatles

You Cheated by The Shields