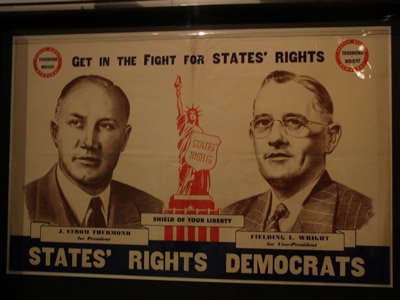 Two weeks ago we were astonished that Eric Cantor, a well-situated House incumbent from Virginia, could get defeated in his primary.  Now we’re astonished that Thad Cochran, the six-term Republican senator from Mississippi, could pull out a victory against his tea party-backed opponent.  Whether incumbents are winning or losing, it’s the latest example of a topsy-turvy election season that continues to surprise, delight and deflate.

This week Jeffrey Hess of Mississippi Public Broadcasting explains how Cochran — thought to be all but dead and buried after the initial June 3 primary — made his dramatic comeback in the runoff.

And in another primary that attracted national attention, Congressman Charles Rangel once again got less than 50 percent of the total, but once again defeated his main primary challenger by fewer than 2,000 votes.  Celeste Katz of the New York Daily News tells how Rangel pulled it out.

Also this week, Amy Howe of SCOTUSblog talks about the Supreme Court’s unfinished business.  Jack Bass discusses the Strom Thurmond legacy, 11 years after his death.  And Ken Rudin’s mom invades the studio to be part of this week’s program.  And boy does she dish out some dirt.