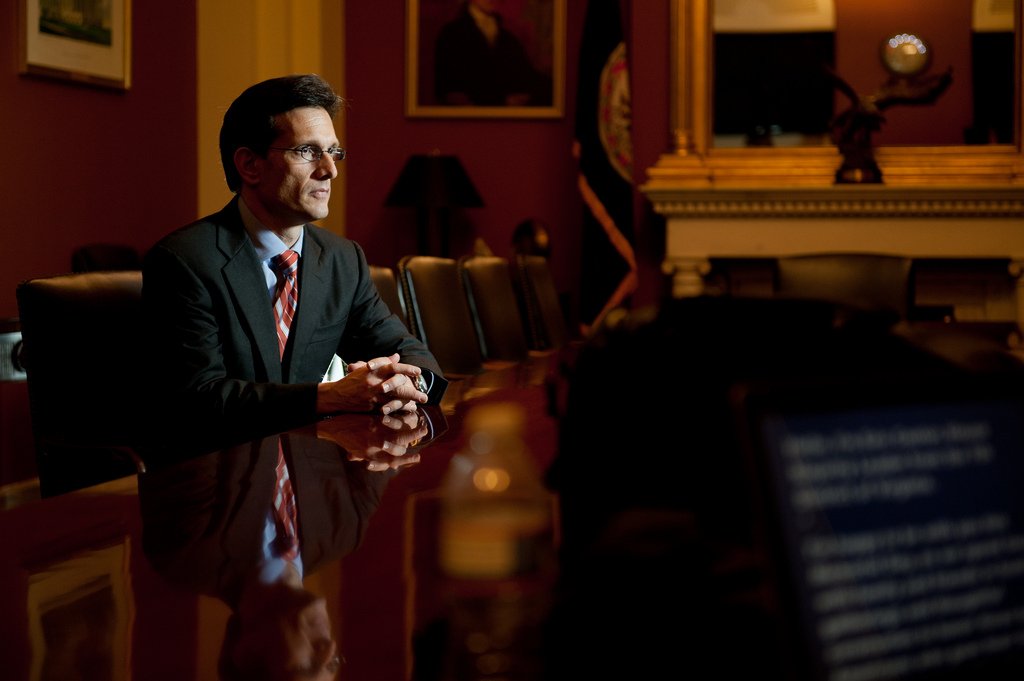 Wow.  Who saw the defeat of House Majority Leader Eric Cantor coming?  Certainly not Cantor.  Or the nation’s political establishment.  And not Greg Giroux, political reporter for Bloomberg News, who sat with Political Junkie host Ken Rudin and together they shook their heads at one of the more amazing primary upsets of recent times.

We also hear from Kevin Broughton of the Tea Party Patriots Citizens Fund, who weighs in on the Cantor defeat, the victory of Sen. Lindsey Graham in South Carolina, and a look ahead to the June 24 Mississippi runoff between Sen. Thad Cochran and tea party challenger Chris McDaniel.

If it was David Brat vs. Eric Cantor in Virginia, it was President Barack Obama vs. Senator Barack Obama on the issuing of presidential signing statements.  Sen. Obama was a strong critic of President Bush for issuing them; President Obama says they are part of the executive’s arsenal.  Si Lazarus of the Constitutional Accountability Center and American Univ. prof. Chris Edelson talk about the constitutional question.

It’s not quite 2016 yet, but Des Moines Register pollster Ann Selzer shares with us her latest survey about attitudes regarding potential GOP presidential contenders.  And one potential Democratic contender, Hillary Clinton, launched her book tour this week.  Politico’s Maggie Haberman paints the scene for us at a Manhattan Barnes & Noble bookstore.

And in our “This Day in Political History” feature, we go back to June of 1996, when Majority Leader Bob Dole, about to officially become the GOP nominee to take on President Bill Clinton, gives a farewell speech to his beloved Senate, where he had served for nearly 30 years.  Dole’s former chief of staff, Sheila Burke, and his ex-press secretary, Walt Riker, share their memories of the man from Kansas.