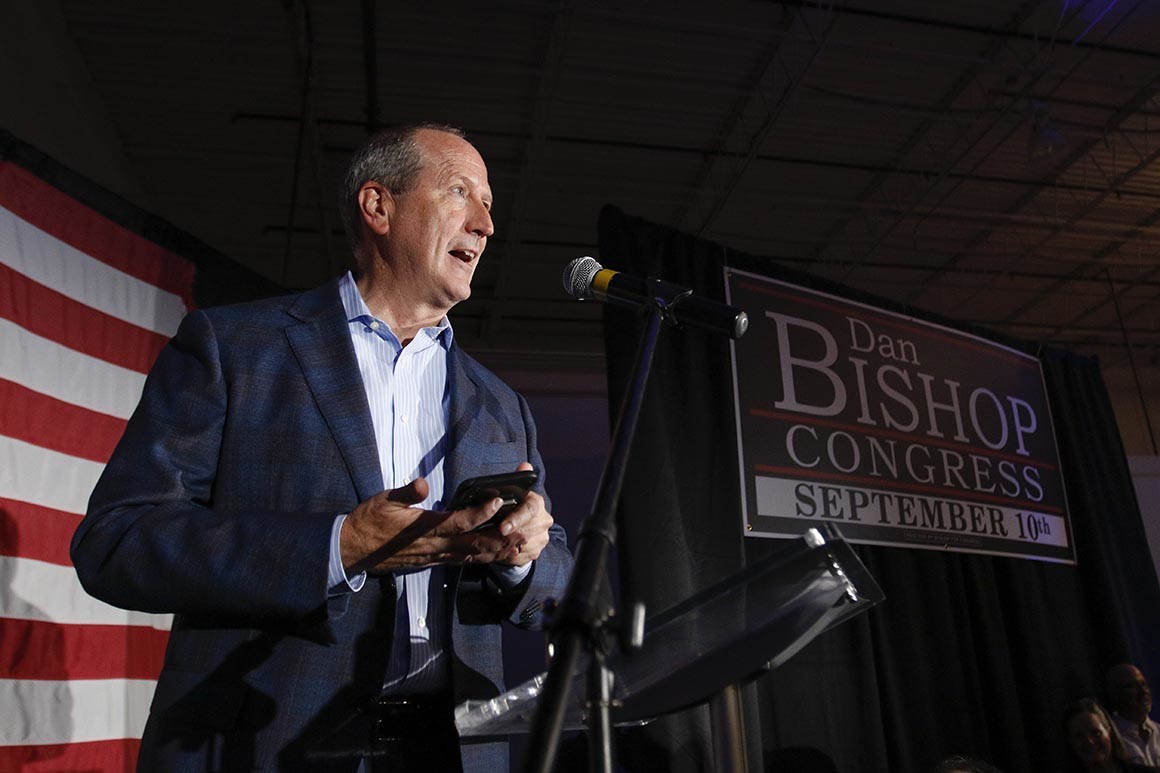 All eyes were on North Carolina’s 9th District on Tuesday. It was a “do-over” of a fraudulent contest from 2018 when the Republican candidate “defeated” the Democrat by 905 votes.  Both parties wanted this one.  In the end, the GOP came out on top, by some 4,000 votes.  Jeff Tiberii of WUNC reports that President Trump, who came to the Tar Heel State twice to campaign for the Republican, may have had a role in the result.

We replay part of a conversation from a few years ago with Greg Giroux of Bloomberg News about the history of special elections.

Former South Carolina Governor and Congressman Mark Sanford announced he will challenge Trump in next year’s Republican primaries.  Win or lose, notes Caitlin Byrd of the Charleston Post and Courier, Sanford is trying to re-establish party principles he says Trump has ignored or violated.

And we go back 21 years to the death of former Alabama Gov. George Wallace.  Dan Carter, a Wallace biographer, talks about Wallace’s legacy and how much of what he was talking about in the 1960s and ’70s has become part of the political discourse of today.

Help! by The Beatles

Come Save Me by Jagwar Ma

Honolulu Lulu by Jan and Dean