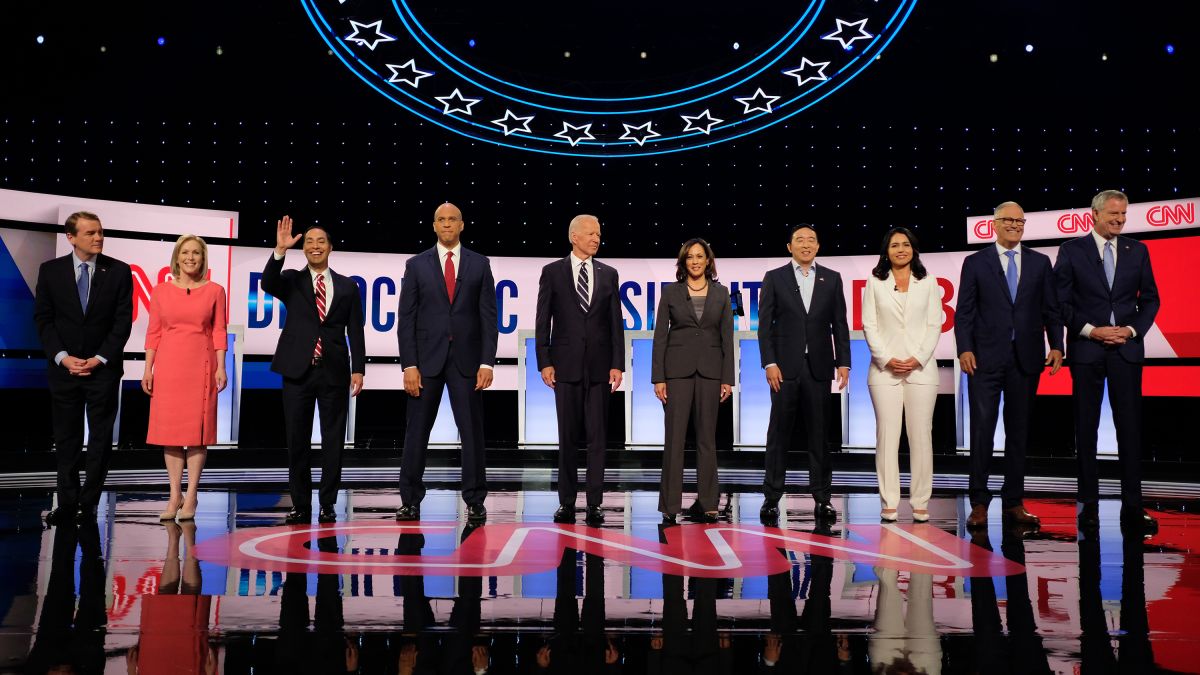 Twenty candidates seeking the Democratic presidential nomination met again for two nights this week, with the first grouping on Tuesday deciding the ideological direction of the party, and the second grouping on Wednesday getting into more personal attacks of their fellow Democrats.  Janet Hook of the Los Angeles Times reports that while Joe Biden was expected to have the largest bullseye on his back, few expected him to lash out at so many of his rivals.  And Kamala Harris, who seemed to gain in stature during the June debates, also found herself among the chief targets.

Mississippi voters go to the polls on Tuesday to nominate candidates who hope to succeed term-limited GOP Gov. Phil Bryant.  Luke Ramseth of the Clarion-Ledger in Jackson gives us a scorecard of the candidates.

And two years ago we ran a lovely interview with George Mitrovich, a beloved civic leader from San Diego who was Sen. Charles Goodell’s (R-N.Y.) press secretary back in 1970 when he was a regular punching bag for Vice President Agnew.  George died last week at the age of 83, and we’re rerunning the interview in his memory.

Dig It by The Beatles

Where Did Our Love Go by The Supremes