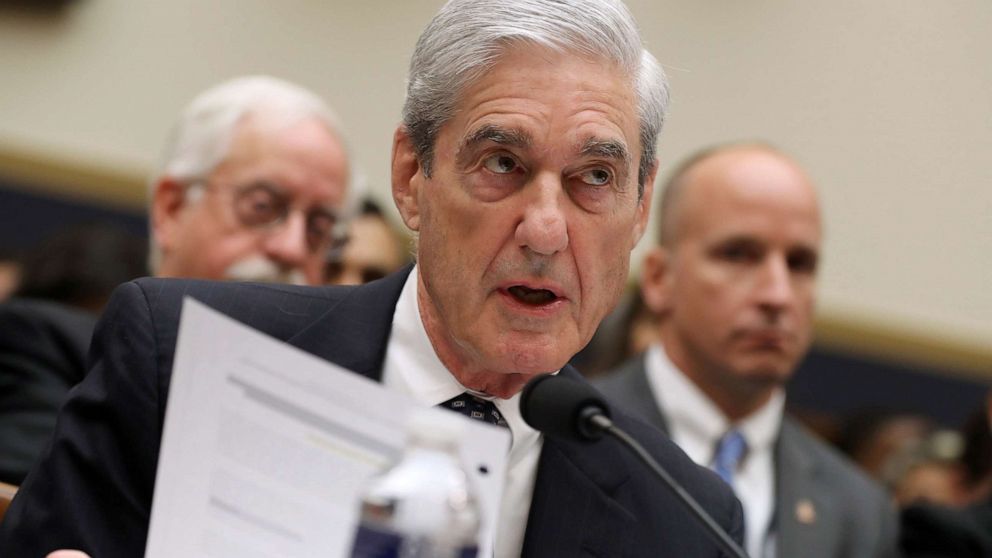 Robert Mueller, at long last, testified before two House committees on Wednesday, part of the Democrats’ hope that what the former special counsel says about Donald Trump will be the beginning of the process that ends his presidency.  But as NPR’s Ron Elving notes, little new information was uncovered, the partisanship was as bad as ever, and Republicans decided to portray Mueller as an incompetent anti-Trump advocate.

Kentucky Democrats are pleased that they lured Amy McGrath, a former decorated fighter pilot in Afghanistan and Iraq, into challenging Senate Majority Leader Mitch McConnell.  But in a state that Trump won by 30 points, defeating McConnell — who is seeking a seventh term next year — is going to be a tough task.  Al Cross, the director of the Institute for Rural Journalism and Community Issues at the University of Kentucky, dissects what may become a key Senate race in 2020.

We hear from John Challenor of Hayward, Calif., the winner of the Political Junkie “Guess The First Democratic Presidential Candidate To Drop Out of the Race” contest.

And Carl Hulse of the New York Times has a new book, “Confirmation Bias,” that shows how Mitch McConnell and his Senate majority have taken complete control over the judiciary confirmation process.

Getting Nowhere Fast by The Wedding Present

Doctor Robert by The Beatles

Hey Moe by The Doodlebops

The Court Of The Crimson King by King Crimson