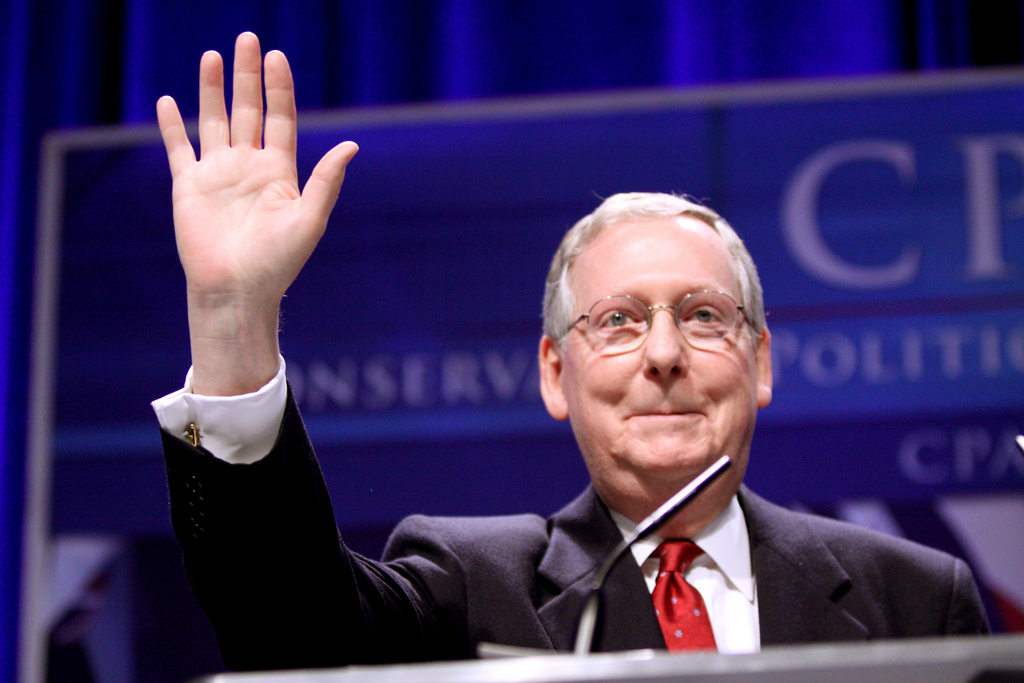 A solid primary Tuesday for the Republican Old Guard, and a perfect day for incumbents — not one sitting member of Congress or governor went down, though several were thought to be endangered not long ago.

The big primaries of the week were the Senate contests in Kentucky and Georgia. Al Cross of the Louisville Courier Journal talks about the Bluegrass State’s GOP contest between Mitch McConnell, the Senate Republican Leader, and his tea party-backed opponent, businessman Matt Bevin. McConnell faces a potentially tough challenge in November from the Democratic secretary of state, Alison Lungergan Grimes.

Democrats nominated another woman in Georgia: Michelle Nunn, a first-time candidate who is the daughter of former longtime senator Sam Nunn. But, as Emory University’s Andra Gillespie points out, Nunn won’t know the identity of her GOP opponent until July 22, when the top-two Republican vote-getters in Tuesday’s primary, David Perdue and Jack Kingston, meet in a runoff.

And then Jim Ellis, a Republican consultant, joins Political Junkie Ken Rudin in the studio to assess the primaries thus far, with a look ahead to Mississippi’s crucial June 3 contest.

There’s still one more primary this month, and that comes next week in Texas. Wayne Slater of the Dallas Morning News reviews two Republican runoffs, one involving longtime Lt. Gov. David Dewhurst and another with Ralph Hall, who at 91 years of age is the oldest member of Congress.

One member of Congress who may not be facing a primary is John Conyers. The 84-year old Michigan Democrat, the longest serving black congressman in history, had most of his ballot petitions collected by someone who is not a registered voter … which violates state law. Jerome Vaughn, the news director for radio station WDET, talks about his dilemma.

Our “This Week in Political History” feature goes back to May of 1992, when Vice President Dan Quayle launched his attack on the fictional “Murphy Brown” television character because she had a child out of wedlock and didn’t adhere to “family values.” Columbia University’s Todd Gitlin goes back in time with us and talks about Quayle’s intent.

And who says only the journalists and analysts belong on the Political Junkie? This week we reached out with a contest to see who would come closest to predicting seven key primaries from Tuesday’s elections.  And the winner, Shirlina Mann of Ashburn, Va., talked about it all on the show!